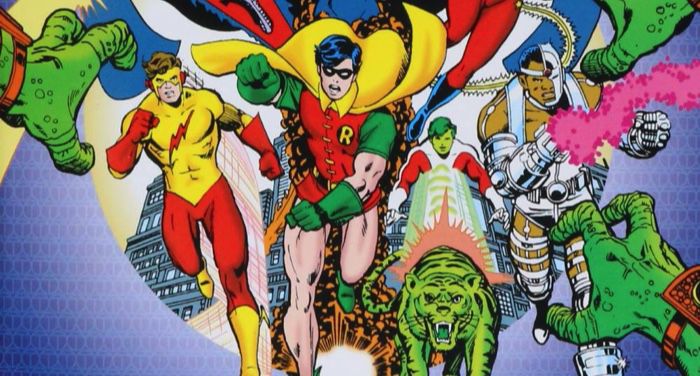 I know, I know. Another Robin. I have one more after today. Turning 80 is a big deal.

Every comic fan who’s read a Bat Family book has Opinions about the Caped Crusader’s various sidekicks. Whether or not said fan has kept up with various Bat Books, we all at one point or another chose a favorite Robin and, more than likely, stick by our choice through bad storylines and good, horrific fashion choices and stylish, atrocious hair and decent. It turns out, if you get three Rioters in a group document, you’ll get three different opinions on that favorite.

Listen, it would be really boring if we all had the same answer.

Our reading suggestions are, unfortunately, pretty dude author–centric, as the BatVerse has traditionally been the purview of men (with a few notable exceptions). Women and nonbinary authors are scaling the walls over at DC Comics for Young Readers, however, and we can only hope they’ll be invading all corners of Gotham going forward. Also, a lot of these comics are from the ’60s and ’80s through the early oughts and the art is…definitely of the time. Alas, you can’t fix already-published mullets, muscle suits, or very unreasonable boobs. 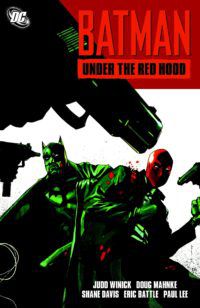 Yes, I know. Jason is an unpopular choice, so unpopular in fact, that DC readers literally voted him off the island in 1989; at the end of Batman #427, the Joker tortured Jason and then left him to die in an explosion. Author Judd Winick brought Jason back in 2005 as Red Hood and I am not sorry.

I’m 41 years old. I make my own decisions. I’ve even cosplayed Red Hood so there.

Gun to head (apropos for this vigilante, which is the only reason I’m using that particular idiomatic expression), I’d have a hard time choosing between Jason and Dick. I adore them both and find them both extremely compelling for very different reasons, but I’m ultimately choosing Jason here because I have a ridiculous weakness for troubled, rude, resurrected, trash-fire vigilantes with daddy issues and good hearts who ride the respect for women train.

It is possible I read too much fantasy growing up.

A lot of what I love about Jason revolves around him refusing to follow Bruce’s rules while still wanting to be part of the Bat Fam: a very, very extreme example of a dynamic a lot of us struggle with throughout our lives. I mean, honestly, Winick retconned Jason and Bruce’s meeting to an incident during which Bats returned to the Batmobile at the end of the night to find Jason stealing the tires. Then two are constantly at odds over Jason’s tendency to use excessive force, even as Robin. When Jason returned from the dead, he was furious that Bruce had let the Joker live and, while his methods are definitely extreme, it’s hard to disagree with the conclusion that taking care of the maniac permanently would have saved a lot of lives and pain. Bruce and Jason continue to butt heads about the use of firearms and, well, murder, as a solution to violence and while I don’t agree with Jason’s methods at all, I do enjoy watching him mouth off to Bruce on the regular and live to tell about it. 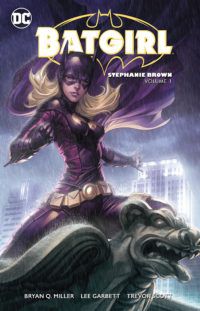 I had just started collecting comics when Stephanie Brown put on the Robin suit. I’d known who she was as Spoiler, but seeing her in the iconic red, green, and yellow—seeing the sheer joy she took in it—absolutely lit up my brain. I was too new to comics at the time to know that it was a publicity stunt, and shocked and betrayed by her gruesome death just a few months later. But like a phoenix, Steph rose anew—as Spoiler, as Batgirl, as Spoiler again, no matter how hard they tried to erase or retcon her away. In the face of a hellishly difficult life and an often hostile publisher, Steph is ferociously, tenaciously optimistic. She is joy and hope and refusing to stay down or be quiet when they tell you to, which is basically everything I aspire to. Also? One time she slapped Batman in his stupid face, and it was incredible. #RoleModel #NeverForget 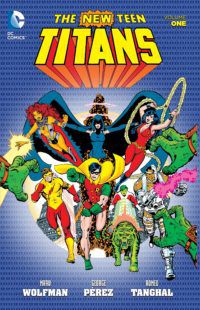 I could go on a long spiel about how important this character is to the evolution of comic book heroes (especially Batman and kid sidekicks) or about what a fun and resilient character he has continued to be throughout his various incarnations and fashion flops. But the simple truth is that Dick Grayson was the first superhero I ever cared about. If not for this Robin (Burt Ward’s version from the ‘60s Batman show in particular), I would not be the superhero nerd I am today. For that, my heart will always belong to Dick. Yes, I know how that sounds, and I wouldn’t have it any other way.

Who’s your favorite Robin? You can lets us know on Twitter @BookRiot or on Facebook at Book Riot.