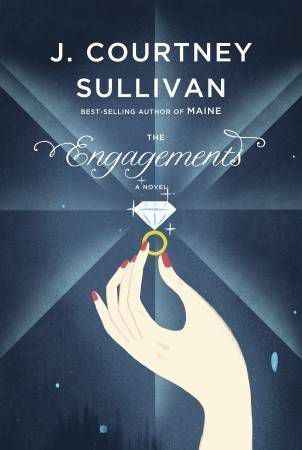 Welcome to another installment of Boy vs. Girl, in which we (Marisa Atkinson and Casey Peterson) read and debate new books at least one of us is really excited about. This week we offer you a double feature, and discuss The Engagements by J. Courtney Sullivan and Sisterland by Curtis Sittenfeld, both of which are Marisa’s picks. 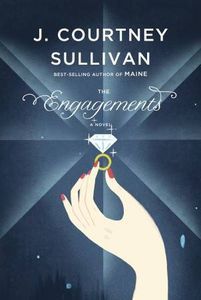 Marisa: We’re about to tackle two of the biggest novels of the summer. Since I’m a mega J. Courtney Sullivan fan, can we start with The Engagements?

Marisa: I don’t want to be too radical here, and you know how much I loved Maine, but I’m going to declare The Engagements my favorite J. Courtney Sullivan novel thus far. I know some readers will disagree with me, but I think The Engagements had the best of both worlds: it read like the best kind of linked story collection, in which each of the story lines were strong enough to break out and stand on their own. But once those stories blended they were even better, and the result was a novel that I just completely sunk into.

Casey: I’m plenty acquainted with the works of J. Courtney Sullivan, through you, my sister, and my girlfriend. But I’ve never read her work before. So, with that acclaim in mind, I came to this book (with its big, diamond-ring-sporting cover) with an open mind. To be honest, I didn’t love the book—the multi-generational, Magnolia-esque storyline doesn’t really do it for me (“Everyone is connected!” feels overplayed)—but I didn’t hate it. I enjoyed a few of the narrative threads. In particular, I really liked Delphine, the French mistress, who destroyed her violin-playing, philandering boyfriend’s apartment. (Oh, spoiler alert, I guess.) I liked the resolution of that storyline, and how it spilled into the rest of the novel.

Marisa: I thought this was the most cinematic of all of Sullivan’s novels. The characters were immediately vivid for me, and their voices were so strong! So of course I cast this book in my mind immediately. Ginnifer Goodwin was so Frances for me. Can’t you just picture her swigging coffee and chewing on the end of a typewriter pencil? James could be played by a slightly younger Mark Wahlberg (think circa I Heart Huckabees). I had a harder time casting Delphine, probably because she was my favorite character. The closest I can come up with is a French Jennifer Connelly, but less severe.

Casey: Yeah, I didn’t really do any casting of roles while I read this book. Sorry. The choices you’re making seem viable, though. Does that make me a lame reader? Do you cast roles for every book you read? (Serious question.) I rarely do.

Marisa: Very rarely, and that’s exactly what I’m saying! The Engagements just sparked something in my brain.

Casey: My girlfriend read this book before me. Stole the galley out of my bag and dug in. She loved Maine, which makes me wonder if this is the best book for an entry point. Maybe I should go back and read Maine or Commencement? Make no mistake, Sullivan is a gifted writer who really controls the story, and I can definitely see the appeal. I just didn’t care about most of the characters and their quotidian woes (Delphine excluded, as previously mentioned).

Marisa: I would actually argue in favor of The Engagements as an entry point. I think Sullivan has grown so much as a writer with each novel, and The Engagements is her best yet. Then again, I love reading about “quotidian woes” and complicated relationships, and since The Engagements let me peek into five different lives it really had my number. There’s a pretty suspenseful plot thread in Commencement, so that may verge over into Casey territory a bit more than the others. 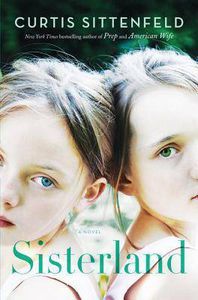 Marisa: Let’s switch gears and discuss Curtis Sittenfeld’s Sisterland. What did you think of this one?

Casey: I know I sound like a negative Niles, but I didn’t like Sisterland. (Believe it or not, readers, I do like most books. This is an outlying sample.) It was a struggle to finish. And, speaking of outliers, I know I am in the minority. The reviews are raving about Sittenfeld’s book, which means I’m probably the odd one out.

Marisa: Sittenfeld is such a great writer, and historically I’ve loved each of her novels more than the last. But I too had trouble staying connected to Sisterland. It would be easy to say that Kate and Violet (the sisters of the title) were “unlikeable,” but I think “unlikeable” characters can be incredibly compelling if they’re complex and well-drawn. My problem was that Kate and Violet read as rather one-dimensional (Kate was the straight-laced, traditional-values, holier-than-thou sister; Violet was the immature, eccentric, hippie sister), and neither seemed to grow or change much as people, nor in their relationship, which was the entire focal point of the novel. This was actually a real surprise to me as a Sittenfeld fan because she is a master when it comes to character development and drawing authentic portraits of her characters’ inner lives.

Casey: My problem was that I was more invested in the conceit, psychic twins, than in the story, and when the book became much more about the story, sister issues and familial woes, than the conceit, I lost interest. Sure, there was clairvoyance throughout the book. But when I hear psychic twins, I’m expecting a showdown of telekinesis. That’s not what this was. And, yeah, the two main characters, our twins, were pretty lackluster.

Marisa: See, I thought Sittenfeld handled the “psychic twins” thing really well, keeping it rooted in reality and therefore more believable. But I think I expected that the heart of Sisterland was going to be the relationship between Kate and Violet, rather than their clairvoyance itself, so I wasn’t disappointed on that front.

Casey: Marisa, I know you really liked Curtis Sittenfeld’s previous book, Prep. How does that compare to this one? Totally different, I’m guessing.

Marisa: Totally different in subject matter and scope, but I think the commonality with all of Sittenfeld’s novels is, again, that Sittenfeld is an incredible crafter of character, and she’s especially adept at examining her character’s inner lives, whether a prep school student (Prep) or the First Lady of the United States (American Wife). I think Sittenfield flexed those muscles again in Sisterland; it’s just that I wasn’t invested in either Kate or Violet and therefore didn’t connect to Sisterland the way I did to the previous novels. Is that a contradictory thing to say?

Casey: No, that makes sense. And I agree that while Sittenfeld creates very real characters, I just wasn’t invested in either. I don’t think you have to have one in order to have the other.

Marisa: I can’t wrap up a conversation about Sisterland without drawing attention to the book’s last seventy-five pages or so. Without being too spoilery: holy one-eighty! Sittenfeld packed so much new information and plot into those last seventy-five pages, and I wonder if I would have been more wrapped up in the story had some of that action and character development been doled out throughout the course of the novel, rather than ambushing me all at once at its close.

Casey: The book lost me earlier than the ending and so I didn’t feel ambushed, or even surprised by the ending. I get what you’re saying, though: it was awfully late in the game for such an info-dump. Almost like Sittenfeld had a revelation about the story, but couldn’t figure out how to work it in, and sort of just tacked it on at the end. Which didn’t work.

Marisa: So once again, you didn’t love my picks.

Casey: No, I didn’t really love these two books. But that happens. And I’m curious to know how you’ll react to my two choices later this month (end-of-the-world Detective Noir!).

Marisa: Off I go to read The Last Policeman!