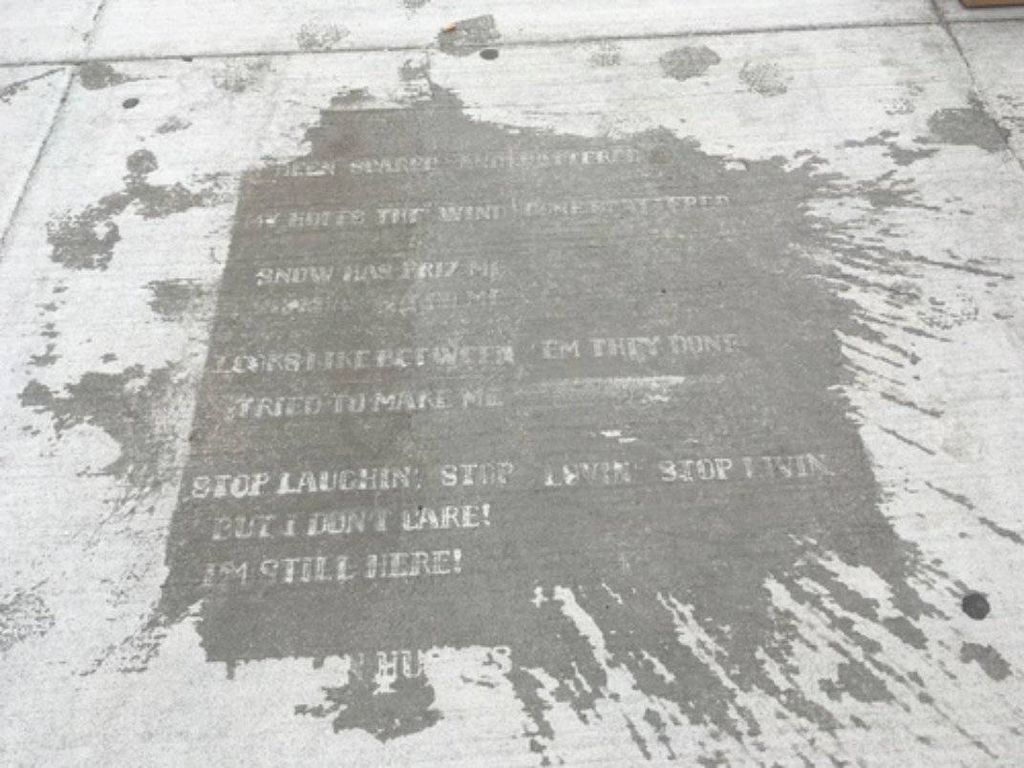 For most, a day of drizzly weather means wrapping up in a blanket and settling down with a book. Boston residents, though, can get their literature right on the streets. Thanks to the “Raining Poetry” project, hidden poetry now appears on Boston sidewalks whenever it rains.

Mass Poetry, in collaboration with The City of Boston, the Mayor’s Mural Crew, and Boston’s poet laureate Danielle Legros Georges, launched the project for April’s National Poetry Month. The poems are created using stencils and a biodegradable, water-repellant spray that only appears when it starts raining.

The poems themselves will wear away after six to eight weeks, but Sara Siegel, the program director for Mass Poetry, has plans to continue creating these fantastical poetry encounters throughout the city.

In The Boston Globe, Siegel notes:

“Our hope is in the next two years everyone in the state will encounter a poem in their daily lives at least once or twice a month. This a fun and unusual way to do that.”

You can help the Raining Poetry project spread even more hidden poetry throughout Boston. For just $25, you can help Mass Poetry get another poem on a Boston sidewalk.

Boston’s poet laureate, Georges, was instrumental in choosing which poems would be the first to grace the city’s sidewalks. As she explains:

“I thought it was important to have the first poems for this project be somehow connected to Boston—so I chose poems from writers with Boston ties.  I wanted to draw work from poets influential in the Boston-area literary, educational, or cultural realms.”

And, now to the best bit: which poems did Georges pick and where can you find the hidden poetry?

Which poems would you pick to hide around your hometown?