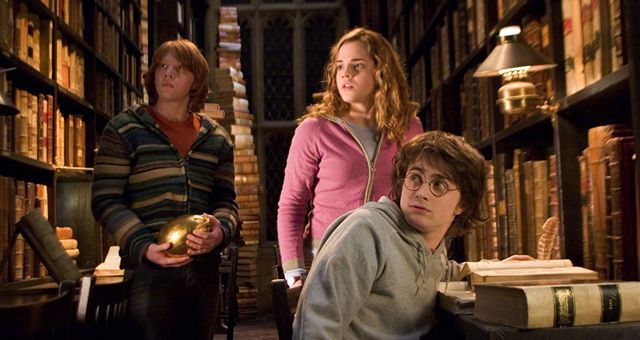 Critical Linking is a daily roundup of the most interesting bookish links from around the web sponsored by Random House.

“The bookshop, which has proudly spelled out its support for trans and non-binary people in the past, announced its plans in a February 12 tweet.

‘Making a donation to Mermaids every time we sell J K Rowling,’ The Second Shelf tweeted.

The bookshop, which opened in Soho in 2018 and only sells books by women, added: ‘Donation made this morning! A small amount, but we look forward to more opportunities to contribute to this vital organization.'”

“My slow reading became a running (plodding?) joke between my husband and I, who is a lightning-quick reader. But when I finally finished the last page, I felt completely bereft. The book had been with me for two-thirds of a year, during which time I was pregnant with my second child. It came with me in my hospital bag and it was there throughout a long and traumatic labour. I didn’t really touch the book during that time, but it was somehow comforting to know it was there. Its curled-up corners, charity shop smell and jacket cover provided familiarity and reassurance when everything around me felt frightening and uncertain.”

🎶Slow down, your book just wants to get to know you…

“From chocolate to coffee to beer to grooming products, subscription boxes are big business, and books are no exception. There are countless online companies that ship out a monthly read, some adding artisan teas, hot chocolate, or an adaptation on DVD of the book. But Heywood Hill’s subscription is as bespoke as possible: each package is individually tailored to the reader’s tastes following a conversation between the subscriber and a bookseller. Camille Van de Velde, one of Heywood Hill’s five subscription booksellers, takes me down a rickety staircase into the basement from where the scheme is run. Staff are at work in a series of pokey interlocking rooms, stacking titles on shelves, ready to be wrapped, packed and shipped. They won’t be specific about numbers, but each has hundreds of people to choose for each month, and it has, by all accounts, transformed the business.”

True story: went to this beautiful store and dropped some serious cash on a vintage Agatha Christie thanks to several mugs of mulled wine.