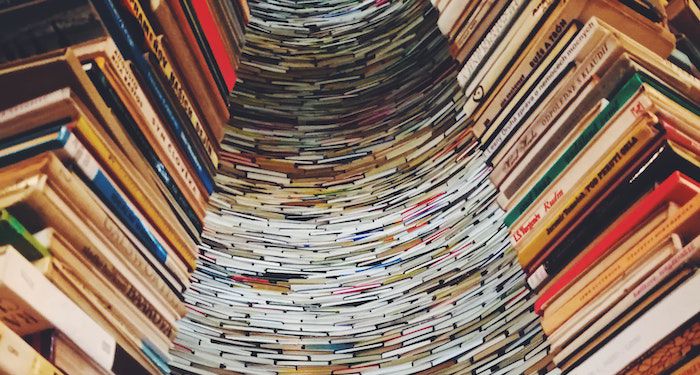 If you’re someone who frequently searches for books online, you may have found yourself pondering the question: can two different books, by different authors, have the same title? The answer, as the books below show, is yes. At least in the United States, book titles are not copyrighted and, aside from internet searches, there’s no surefire way to figure out if your book will have the same title as someone else’s. Sometimes books share a title because one is a backlist release when the other comes out, but other times they may publish within weeks of each other. It seems most common to have titles double up when authors have chosen shorter names for their books, and some of the choices here do share titles, but vary in subtitles.

Further complicating the issue is that internet-enabled book buyers may end up purchasing the wrong book, often because a buzzy new release caused them not to dive into the plot summary for the actual copy they were purchasing. The seven examples below are just a sampling of matching title books, but they provide some fun trivia, and a few laughs, as to how authors have responded to this unique situation.

Note: This list of title-alikes doesn’t include the diversity we usually strive for here. If you have suggestions for matching titles by diverse authors, we’d love to hear them!

Hearing about the story behind these two, exactly matched titles is what led me down the same-title books rabbit hole in the first place. In March/April of 2013, the two books were published within a week of each other, leading to media reports about the strange coincidence of such a thing happening. McCorkle’s book was, at the time, her first novel in 17 years, and she believed when she titled it that no contemporary novels existed under the same name. Her book is the story of a North Carolina retirement community and the staff and residents who inhabit it, in strong contrast to Atkinson’s book, which is a mashup of fantasy and historical fiction featuring a time-traveling main character with a seemingly unlimited amount of lives. Despite the wildly varying genres, structures, and plots, each title is seemingly well suited to its book in different ways.

Joyland by Emily Schultz and Joyland by Stephen King

What happens when your work not only has the same title as another book, but that other book is written by one of the most prolific and well-known authors of the 20th century? That was the situation Emily Schultz found herself in when Stephen King published Joyland in 2013. Having written her own novel of the same name, which came out in 2006, Schultz started receiving unexpected royalty checks eight years later, not because of her own novel but because, at the time, King’s book was only available in print, and ebook lovers had bought Schultz’s book by mistake. Luckily, Schultz did not let negative reviews from confused buyers get her down, and for a while maintained a Tumblr blog dedicated to “spending the Stephen King money.” 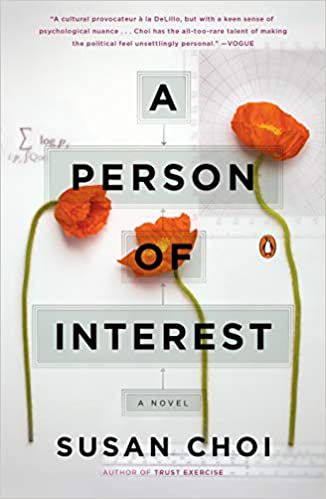 Both of these novels center around secrets. In Choi’s story, Professor Lee, a mathematics professor close to retirement, must face suspicion and his past when a colleague is the latest victim of a serial bomber. In Schwegel’s book, Leslie is grappling with the secrets held by her husband Craig, a Chicago cop, and his investigation into their daughter, as well as the appearance of mysterious payments in their bank account.

Mitchell’s Cloud Atlas is considered to be a seminal example of postmodernism from the early 21st century and has also been made into a movie. It explores the interconnected lives of disparate characters across times and places in a narrative that, judging by reviews, readers either embrace or hate. Liam Callanan’s The Cloud Atlas, which was published just two weeks before Mitchell’s book, is a historical fiction adventure, set in Alaska during World War II. Sgt. Louis Belk has been tasked with finding and dismantling balloon bombs sent to Alaska from Japan, and throughout the story, the wilderness of Alaska becomes a character in and of itself. Like other authors on this list, Callanan took the title match in good humor and created a list of “Ways in Which the Movie ‘Cloud Atlas’ Has Changed my Life” and even lists a warning about title mixups on the page for his book.

Similar to Schultz’s experience, Hansen only realized that a book with the same title as one of his backlist works had come out when it suddenly topped bestseller lists on Amazon, years after its original publication. Hansen’s book is written for history buffs and focuses on the Allied bombings of Germany in the years leading to the end of the war, whereas Wolff’s shines a light on much more recent events in the White House. Perhaps unexpectedly, both books do talk about gaps in understanding between leaders and those they govern. Hansen discusses how the heavy bombing of Germany during this period of the war was at times questioned by Allied military leadership who were unsure of its necessity in light of how many civilians were killed. Wolff’s book revealed what he said were behind-the-scenes conversations amongst staffers in the Trump administration, many of whom expressed doubt in the then president’s ability to carry out the duties of his role. 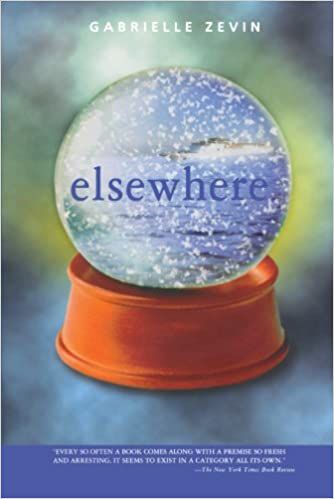 Elsewhere by Gabrielle Zevin and Elsewhere: A Memoir by Richard Russo

These two books might share the same title, but are different in a multitude of ways. Different audiences (YA vs. Adult), different genres (fiction vs. memoir), and different subject matter (what happens when we die? vs. the memories of a novelist).

I included these two entirely because of the fact that in junior high I read and reread my school library’s copy of Rachel Vail’s Wonder at least five times and finding it during my research for this article brought up a slew of memories I didn’t know I had stored. Like Palacio’s book, Vail’s is also the story of a middle schooler who feels like they don’t fit in, though for reasons less deep than those faced by Auggie, Palacio’s main character. It’s fun now to reflect on reading and relating to the 1991 Wonder as a preteen and seeing my students do the same with the 2012 book. It reminds me of the power of stories to help us through times of transition.

Diving further into how books are titled always provides something fascinating to discuss, because it gets to both the heart of how authors see their stories but also connects to the larger publishing and marketing machines at work in the world of books. Have you stumbled upon any books of the same name readers should know about? And is anyone up for a book club where we match same-titled books against each other? If you’re looking for more thoughts about book titles and the inspiration behind them, you can check out books that are the same but are titled differently depending on the country, books that share their titles with songs, or this deep-dive into the titling of books.