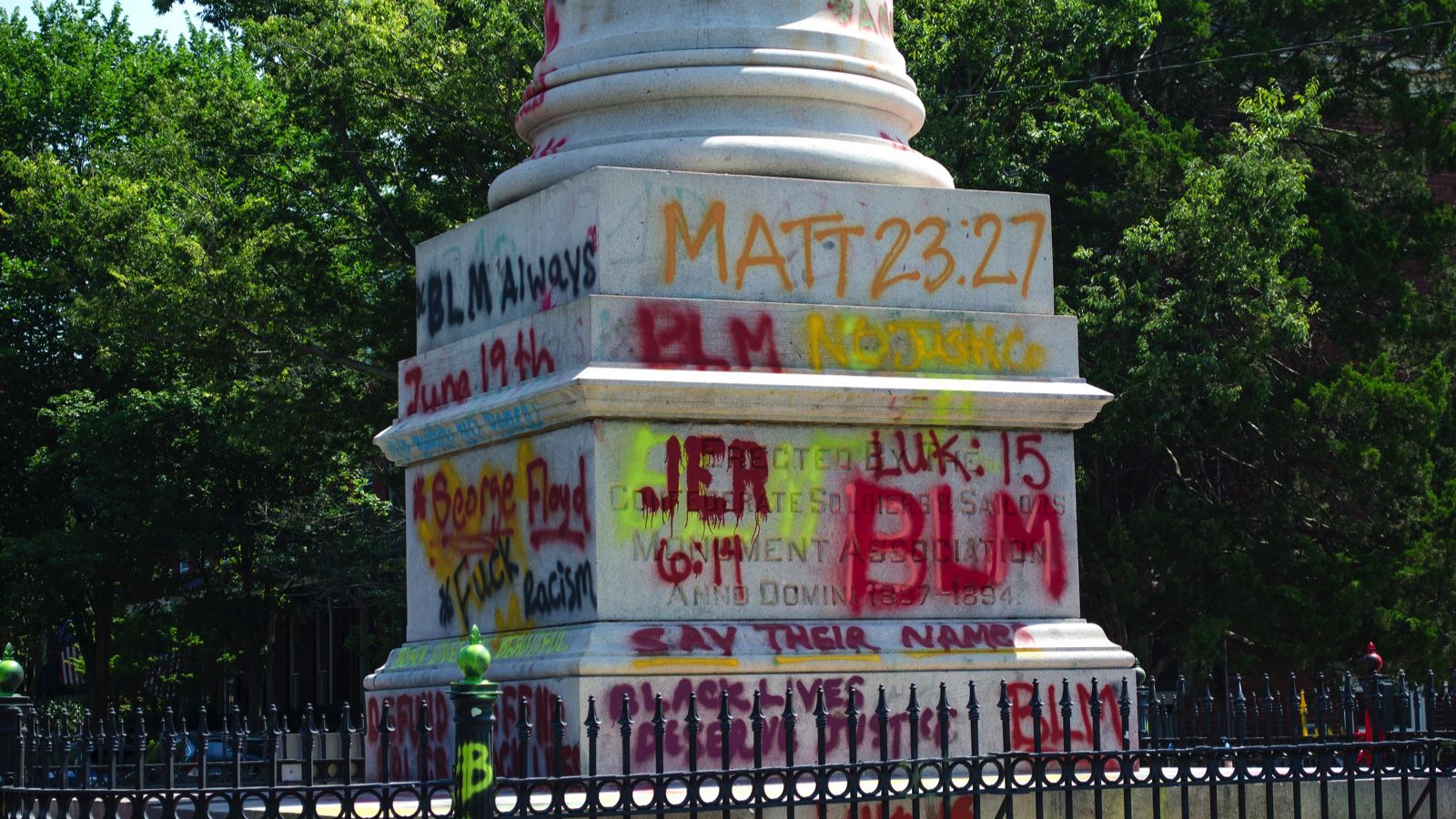 This year, on Read Across America Day, Dr. Seuss Enterprises announced they had made the decision to no longer publish six of the author’s books because of their harmful depictions of race.

This launched a flurry of discourse about racist depictions in books, a conversation which is taking place in the context of the larger reckoning with racism and legacies of racism — the toppling of Confederate monuments, etc. — occurring in the United States at the moment.

What’s going on with Dr. Seuss?

The company responsible for preserving and protecting the legacy of Theodor Geisel, or “Dr. Seuss,” has decided they will no longer reprint six of the Seuss books under their charge. Publishers and estates choose not to reprint books all the time, for a variety of reasons: content, popularity, economic reasons, and so on. Choosing not to reprint a book is common practice, and — it has to be said — is in no way censorship. Even though Dr. Seuss Enterprises can announce there will be no more reprints of these books, this still leaves open the question of what should be done with the copies of those books that are already out in the world — in libraries, schools, etc.

Book Riot has written about why public libraries should proceed with weeding racist books, such as the six Dr. Suess books, from circulation here. In “A Weeding Manual for Modern Libraries,” which is a free and available collection development policy commonly used by small and mid-sized libraries, libraries are instructed to weed: “misleading/factually incorrect material/poor content,” and racist material is explicitly stated as something to weed from circulation. Therefore, to remove these books for their racist depictions would be responsible collections management, again, not censorship.

The depictions in these six Dr. Seuss books are racist and dehumanizing. Libraries, schools, and other locations where these texts would be in public circulation, serve a wide variety of constituents from various backgrounds and these institutions should be accountable, and “in service to,” their community. Continuing to provide these texts to the public, thus dehumanizing members of the community, is in direct opposition to the mission of these public organizations.

But what about the “historical record?”

Well, first it’s important to understand that “the historical record” is not a neutral thing. Scholars, educators, and institutions actively curate and select the messages that make up the “historical record” that is preserved. In that process, a lot is lost, or left to be forgotten. Historically, many marginalized perspectives  have been erased from the “historical record.” Though scholars and educators have actively made an effort to restore marginalized perspectives to the makeup of the historical record in recent history, some histories will always remain lost. What is preserved or restored is always full of intention, and is actively shaped over time in response to contemporary narratives.

Those who worry about the “benefit of the historical record,” may say that artifacts or texts with racist depictions should be taken out of public circulation, but insist they must be given to museums to preserve. This logic was common this summer as racist monuments were being torn down; many comments were made that the monuments should be placed in museums, “as examples of ugly history, not civic pride.”

This, too, is a simplification of the issue, because it forgets that museums also have those same lenses described above. Museum futurist Elizabeth Merritt questions the assumption that museums should house these relics, explaining that museums, too, must make careful decisions about what they choose to collect, interpret, contextualize, and preserve.

Ultimately, museums, like libraries and schools, are public institutions, serving the public. And museums are not ideologically neutral. Museums do not simply “contextualize” objects in a static void; this again is an issue of lenses: who decides what items to preserve, who does the preservation work, who curates the collection, who displays the selection, who is the viewer, how is the piece labeled, how is the piece displayed, what else surrounds it, etc. The layers of lenses that “contextualize” how we view a specific “historic” item go deeper and deeper.

Merritt writes of the torn down monuments: “No matter how sensitively we contextualize the artifacts themselves, does their larger-than-life presence mitigate or even parody any interpretive value they might otherwise have in the dwarfing gaze of an enclosed exhibition space?”

And who will have a seat at the table for determining how “context” — again, not neutral — is employed? Merritt continues, “Who will be the arbiters and decision-makers in the meaning-making process? And how is this process limited — or framed — by the starting assumption that the monuments must be preserved in the public sphere in the first place?”

To better understand the application of lenses involved in presenting public history or material, read “The Enola Gay Controversy: History, Memory, and the Politics of Presentation,” by Michael J. Hogan, published in 1996. The piece describes the first time the Enola Gay — the B-29 bomber used by the United States to drop an atomic bomb on Nagasaki, Japan, in 1945 — was exhibited at the Smithsonian Air & Space Museum.

When the Enola Gay was first displayed, some viewers interpreted the visual as a symbol of “atomic carnage,” others as a symbol of the start of the Cold War, others as a “totem of American technological triumph,” and yet others as a patriotic symbol of the end of World War II. Every person considering the object was seeing the same object in the same setting, but through their own lenses. These, Hogan says, are “competing symbols” without “neutral” or “middle ground.” Each viewer, should they be charged with shaping the historical record of the given artifact would “contextualize” that material differently.

In fact, in May 1995, Smithsonian curators proposed a 10,000 square foot exhibition titled “The Last Act: The Atomic Bomb and the End of World War II” with the Enola Gay as the central artifact of the proposed exhibition. This proposal became the center of a complex controversy about “historical record,” contextualization, and stakeholdership. Ultimately, in January 1996, the museum board ceded to swirling demands about the upcoming exhibition, and determined to cancel it, deciding the Enola Gay would instead be presented in the museum “without historical commentary,” with only a small plaque identifying the bomber and its crew.

There is no such thing as “without historical commentary.” And choosing to display the artifact in this way is not a neutral choice.

The “Historical Record” is Shaped by Choices

For example, Germany has chosen to preserve concentration camps and other sites of Nazi crimes as visible teaching tools for history, but has long banned Nazi books, paraphernalia, swastika symbols, and Holocaust denialism from public spaces and institutions. These are active choices about how they as a country preserve, present, and teach history — and they are choices that are constantly under review as time progresses.

Germany has been lauded as an example for teaching their nation’s past atrocities, because they have chosen to teach their citizen’s culpability via these artifacts. All German students learn the history of the Holocaust in school. Crucially, according to educators, “no effort is made to discount the Holocaust or the role played in it by individual Germans, the Nazi regime or German industry. Every student in Germany must tackle this theme. No one can say they didn’t know.”

Choosing to teach “the historical record” this way is a choice Germany has made. To date, the United States has largely made very different choices concerning how we teach our own nation’s “historical record.”

The six Dr. Seuss books do not need to be in public circulation in order for the public to continue to learn about racism. Scholars of racism and educators will be able to access the out-of-print books should they need to draw on the material for any academic reason. And some museums may decide it falls within their mission and scope to collect, preserve, and potentially display the out-of-print Dr. Seuss books, or the toppled Confederate statues. These parties hold a lot of responsibility for the “meaning-making” and the managing of lenses that come with these choices.

Likely, their interpretations, our context, and the resulting “historical record,” will continue to change overtime.

Hopefully, so, too, will our country.