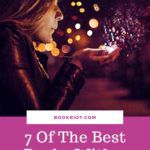 In these days of pandemic, social unrest, and constant change, it’s easy to become numb to reality. Although we inhabit a world that revolves around the laws of science, I think we would be remiss to ignore the small magic that seems to exist everywhere.

The neighbor who miraculously recovered from an illness doctors were sure would take her life.

Knowing you’re in love with someone from just a glance.

Escaping between the pages of a book, your mind tricked into believing you have traveled to a faraway land.

Magical realism is a genre that defies the term genre. The terms “magic” and “real” hardly ever enter the same sentence together, much less in the same term. However, by accepting magic as a natural occurrence, authors can use it to tell deceptively simple stories. Because sometimes, we all need a little magical push to walk forward.

Here are seven books that present very human stories of love, survival, and forgiveness with a small touch of magic.

Note: Not all of the books listed are magical realism, but magic and the fantastical, or at least the thought of it, plays an important role in the plot of each story.

Toni Morrison delivers as always with this beautifully haunting story that teaches us that “Something that is loved is never lost.” Morrison takes readers into the deep abyss that is slavery by telling the story of Sethe, a young woman who escaped from her Sweet Home to Ohio. Unfortunately, she cannot forget the deceptively beautiful Sweet Home with its evils. What’s more, Sethe is not alone in her new home—the ghost of her baby has followed her to freedom. 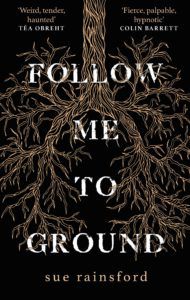 If you’re looking for a surreal story in which the laws of nature are bent, then Follow Me To Ground is for you. The story follows an enigmatic woman named Ada, her imposing but equally mysterious father, and her volatile lover named Samson. Ada and her father have a unique ability to heal deadly illnesses. Despite serving their community of “Cures,” their supernatural talents are isolating. This has never bothered Ada, until she meets Samson. Family, duty, and agency are all questioned as Ada makes a decision that will affect everyone around her and those she has yet to meet. 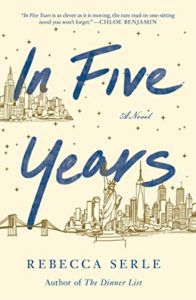 In Five Years by Rebecca Serle

Dannie Cohan knows precisely what she wants in five years. Her boyfriend is going to propose and a job interview for a dream position is set. Dannie is determined to marry and get the job to stay on the path. Unfortunately, the universe just won’t cooperate. Despite accepting her fiancé’s proposal of marriage and nailing the interview for said dream job on the same day, Dannie goes to sleep and has a prophetic dream five years into the future…but it’s not the one she planned. 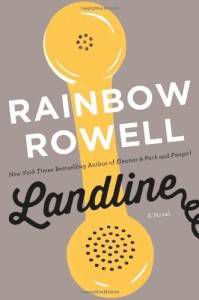 Georgie McCool’s marriage is anything but cool. There have been issues festering for a while despite the deep love she and her husband Neal share for one another and their two children. It’s almost Christmas and their family is supposed to visit Neal’s family in Omaha, but Georgie can’t go because she has to deal with a work emergency. After Georgie’s family leaves, she receives a phone call from Neal. Except it’s not the Neal she knows now, it’s the Neal from when they were just falling in love. Although it’s not time travel, Georgie decides to use the opportunity to fix her marriage before it ever happens. 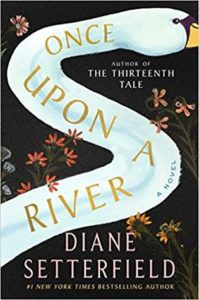 Stories are full of magic in this fantastical tale set on the banks of the river Thames. One dark night, while locals are gathered at an ancient inn, a wounded man carrying a dead child barges in. To everyone’s shock, the child comes back to life only a few hours later. The mystery of her identity becomes the focal point of three families attempting to adopt her, making the reader question the limits of the identity we want versus the one we have. 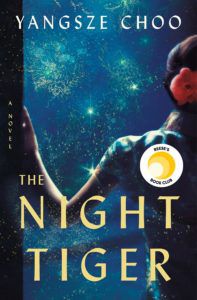 A dancehall girl and an orphan boy cross paths when a superstition of dead men turning into tigers propels them to find the lost finger of a dead doctor. According to superstition, the two only have 49 days to reunite the wayward finger with its body before the doctor is fated to wander the earth forever. Set in colonial Malaysia with its hauntingly beautiful superstitions and the fraught socioeconomics of colonialism, the story will make readers question the limits of loyalty and family. 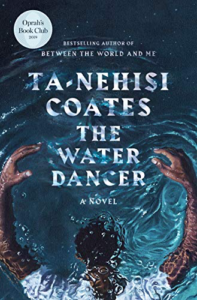 In his first work of fiction, Coates weaves the haunting tale of Hiram Walker, a young man born into bondage, the same institution that robbed him of his mother and all memories of her. Strangely, the absence of memories  is replaced with an elusive power, which saves Hiram years later. This near-death experience inspires him to run toward freedom, starting a journey from the deep South to the North.