Recently I read an essay on Tess of the D’Urbervilles that got me thinking. The author had failed at writing an essay on the book in high school, and, still totally ashamed of that fact, penned what I think is a brilliant think-piece on the book, with the advantage of some years, and some personal experience with shame.

I had a completely emotional reaction to Tess. “She stirred me, deeply, when I was young.” And so I started thinking about books we read too soon. As in—a later book in a series that spoiled the beginning, or something you read before you were old enough/something enough to understand the content, or a book that just freaked you out and spoiled that genre of book forever.

Here are some of Rioters’ picks for books we read too soon. 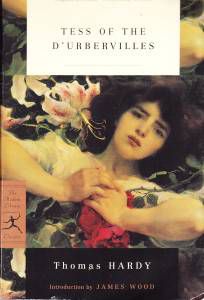 Alison: I read Tess of the D’Urbervilles back when I was in middle school. I loved the book for its Bronte-like landscape, all country villages, imposing estates, and really dark and mysterious love interests for our young, virginal-but-not-for-long heroine. The book was long. I was quite proud of myself for finishing it. I was an Alcott fanatic! Anne Shirley and other orphaned heroines were my bread and butter! They were all G-rated! I did not realize till sometime during a high-school for-class re-read that I didn’t have a clue what poor Tess was going through, out on the dark moors with evil Alec. I blame it on the purposely vague and misty middle section, where Tess goes out to a field…and scene. I was reading too quickly, too anxious to get to the end (honestly, I might’ve been racing one of my friends to finish first) not really analyzing what was going on. I had no idea sexual assault was maybe taking place. (Feel free to discuss that eternal debate!) That Tess was forever branded and ruined. My teenage self just read “heartbreak” and didn’t skip a beat. Oh, to be so young and innocent. Suffice it to say, reading Tess was quite a different experience the second time around. 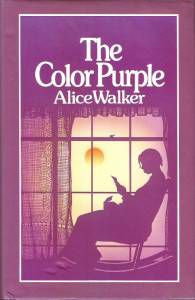 And in that same vein, I definitely didn’t get everything that was going on the first time I read The Color Purple. Alice Walker’s novel, misunderstood and often challenged (in a banned sort of way) hit me like Mister on Celie, and it took a few re-reads to really get all of the violence, sex, sexual violence, and couplings. But when I did get it, I was immensely grateful to be able to love, appreciate and feel for (and learn from) all of the characters, as the author intended. I started to identify with it as a novel appreciating women and relationship issues, as well as a celebrated lesbian rallying point. So yeah, it got better.

Becky: Like many others, I was assigned The Great Gatsby
in high school. During the weeks I was supposed to be reading it, I had a lot of important high school student things to do (like attending to the urgent business of hanging out in my friend’s basement and doing nothing in particular). I didn’t even crack Gatsby open until Photography class the day before I was supposed to have the book finished. I skimmed for all I was worth, taking in nothing but the bare bones of the plot and missing 100% of the story’s beauty and elegance. For years, I did that fake English major thing where I nodded wisely when Gatsby was mentioned—I knew about the green light, yes, but I didn’t understand why anyone cared. At least, not until I reread the book 8 years later under my own steam and discovered that I actually did love it as much as everyone seemed to think I should. 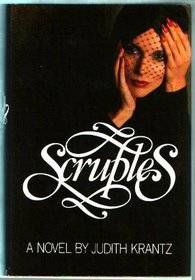 Jessica: I read my mom’s copy of Scruples when I was way too young. Scruples was first published in 1978 and it was a huge bestseller for Judith Krantz. It’s the story of a woman who is the poor relation of a rich Boston family. She’s overweight and insecure but becomes thin, beautiful, and stylish after spending some time in Paris (Gee. All I got were grease-stained khakis and ten extra pounds.) She gets a secretarial job and ends up marrying the CEO. He dies, leaves her a fortune, and she opens a boutique in Beverly hills called “Scruples.” Lots of glitz and glamour but most importantly, lots of sex of all kinds. This was the book that I surreptitiously removed from mom’s shelf, read for the racy parts, and quietly put back. But what sex scenes! Awful! Here’s the heroine after having sex for the first time: “Edouard assured her that it would be better for her the next time, but, he told her, even for a virgin she was the tightest woman he had ever had. She felt supremely proud of that for some reason she never understood.” Or this one: “As he rooted and grunted inside, Valentine felt him growing stiffer, bigger, until, much too soon, with a cry of triumph that sounded like agony, he came.” Are you shuddering at that, and not in a good way? And it only gets worse. I can’t believe I subjected myself to this book as a pre-teen. Luckily I also read Judy Blume’s Forever, published a couple of years prior, which I think acted like an antidote. 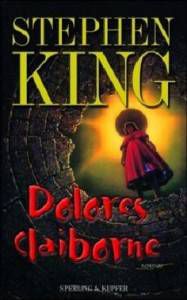 Rita Meade: I stumbled upon a copy of Stephen King’s Dolores Claiborne in the house my family was staying in while on vacation one summer in Delaware (not as fancy as it sounds!) and proceeded to read the whole thing with no one noticing (I was a very fast reader in those days). I was probably 11 or 12 years old…and I was a very young 11 or 12, so there were definitely some topics in that book (sex, abuse, murder, scary things, more sex, probably?) that were way beyond my normal scope of understanding at the time. It didn’t scar me for life or turn me off of King’s books later in life, but looking back I definitely felt uncomfortable while reading it (of course, that didn’t stop me!)

(P.S. from Alison: And, like Jessica and Judith Krantz, I’d like to nominate everything ever written by Danielle Steel into the too-sexy-too-soon category. Family Album?? Sex, drugs, closeted gay sadness, kids getting pregnant, May-December lurve? Eek.)

What did you read too soon?