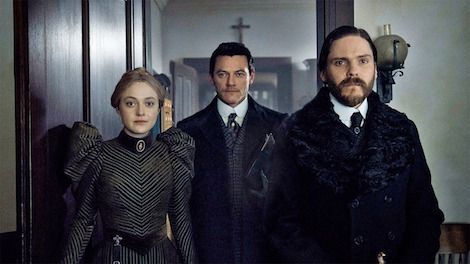 It feels like we’ve been watching The Alienist series trailers for decades—and now that it’s finally here I can’t help wanting more of the same. Because Victorian Gothic costume dramas are made for cold, wintry nights spent snuggled up under a heavy blanket. So light a couple of candles, stream the fireplace on Netflix, and make yourself a hot toddy—below is a list of books in the spirit of Caleb Carr’s much loved mystery novel.

The House of Silk by Anthony Horowitz caused a bit of a buzz when it came out in 2011. The publisher marketed the hell out it as the first pastiche to receive an official endorsement from the Conan Doyle Estate. For all of that I found it very different from—darker and more lurid than—the traditional Holmes and Watson story. In fact, The House of Silk has more in common with Carr’s novel than anything Sir Arthur Conan Doyle ever wrote. There’s a modern handling of the material and Horowitz doesn’t shy away from exploring adult themes which would have made Queen Victoria clutch her pearls in horror. But while Baker Street purists might object to some of liberties Horowitz takes, everyone else will be turning the pages too quickly to care. 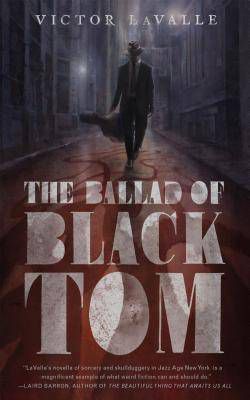 The Ballad of Black Tom by Victor LaValle—H.P. Lovecraft is a controversial figure. And by “controversial,” I mean a xenophobic racist. Victor LaValle is a writer who (like many of us) read Lovecraft’s stories before he was old enough to understand what was behind them. The Ballad of Black Tom is his way of fixing one of the worst offenders—the short story The Horror At Red Hook—by retelling it from the perspective of a person of color. The protagonist, Tommy Tester, is a bad musician who makes his living by pretending to be a good one. He gets mixed up in the weird world of the Old Ones when he’s asked go to Queens to pick up a very specific book. Set in the 1920s, it takes place 30+ years later than The Alienist, but shares many of the same themes. It also moves beyond the borders of Manhattan Island, taking readers into the outer boroughs of Brooklyn and Queens. 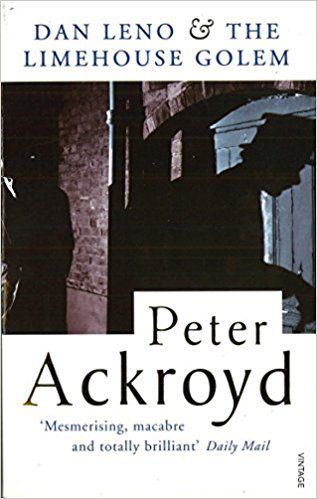 If you’re in the mood for another film/book pairing, you might want to read Dan Akroyd’s Dan Leno and the Limehouse Golem then check out the 2017 movie based on the book: The Limehouse Golem. Akroyd takes us away from New York and back to Victorian London to witness the murder trial of Elizabeth Cree, a successful music hall performer accused of poisoning her husband. A man who authorities have reason to suspect may be a killer. A string of Ripper-like murders (which pre-date the actually Ripper) have been committed in Limehouse, one of London’s poorest districts. This is a whodunnit-style murder mystery in which several different threads need to intertwine before  the truth is revealed.

The Waterworks by E.L. Doctorow—Set in Boss Tweed’s New York City, a young journalist named Martin Pemberton goes missing after seeing his estranged and (more importantly) deceased father, alive and well, traveling with a group of well-dressed, elderly men in a horse drawn carriage. His editor, one of the few people to whom Martin told his story, attempts to unravel the mystery of the young man’s disappearance. What follows is a strange, somewhat magical, journey into a world that both is and isn’t recognizable as 19th century Manhattan.  Doctorow’s novel is a love letter to my favorite city which gave me a new appreciation for the Murray Hill section of Manhattan. (For fans of E.L. Doctorow’s novel The March, there’s a connection between the two books that is kind of fun, in an admittedly creepy way). 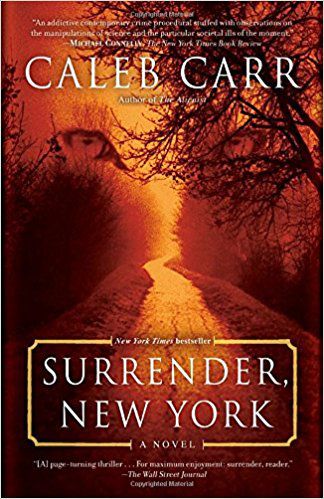 And for those of you who didn’t know—Caleb Carr wrote two other books featuring his hero Dr. Laszlo Kreizler.  The second is titled The Angel of Darkness and catches up with the Doctor and his team a year after the events in The Alienist. But it’s the third book, Surrender, New York, which I find really interesting.  Set in the present day, Dr. Trajan Jones is an expert on the life and work of Dr. Kreizler. He and his partner, Dr. Michael Li, use their forensic knowledge to hunt down a murderer whose victims are children who’ve fallen through the cracks. I haven’t read this one, yet, but can’t help but admire a novelist who’s gutsy enough to take a beloved character/series in an unexpected direction.