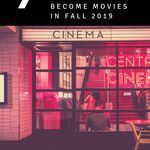 Hollywood has always used books as source material for new films, and this season is no exception. There are several notable book-to-movie adaptations set to hit theaters in the coming months. While we’re excited at the prospect of seeing these on the big screen, we would have also loved to see more works by women and authors of color on this list. Diverse stories have already proven to be successful at the box office (hello, Crazy Rich Asians), and there’s plenty more worth telling.

Despite the disappointing lack of works by authors of color getting adapted to the screen this season, serious bibliophiles will probably want to check out the novels that are about to become movies. So take a temporary pause from the slew of new fall reads you’ve probably already added to your TBR list, and revisit some of these past releases before they hit the big screen. 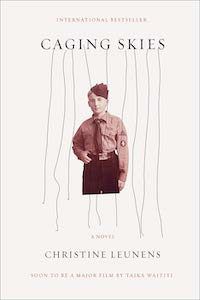 Christine Leunen’s novel, Caging Skies, serves as the basis for the upcoming black comedy JoJo Rabbit. Written and directed by Taika Waititi, the movie follows a member of the Hitler Youth organization who finds out his mother is hiding a Jewish girl in the attic of their home. Roman Griffin Davis, Scarlett Johansson, Thomas McKensin, Sam Rockwell, and Waititi star in the subversive movie, which won the People’s Choice Award at the Toronto Film Festival. It hits theaters on October 18. 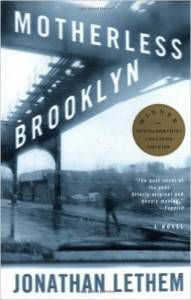 Set in 1950s New York, this novel follows Lionel Essrog, a private investigator with Tourette syndrome who works for a seedy detective agency run by his mentor, Frank Minna. When Frank is stabbed to death, Lionel sets out to uncover the truth behind Frank’s murder. Edward Norton wrote, directed, and stars in the upcoming movie of the same name, based on Lethem’s 1999 work. The movie, which premieres on November 1, also stars Bruce Willis, Gugu Mbatha-Raw, Bobby Cannavale, and Alec Baldwin. 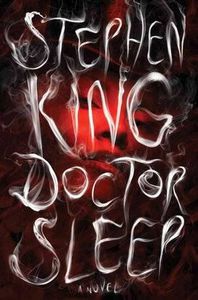 This year is shaping up to be a good one for Stephen King fans. On the heels of the release of It: Part Two comes another adaptation inspired by the horror novelist. This one, based on King’s 2013 novel of the same name, takes place several decades after the events of The Shining. The movie, which stars Rebecca Ferguson and newcomer Kyliegh Curran, will reportedly combine elements of the 1977 book and the original 1980 film adaptation. You can watch it in theaters starting on November 8. 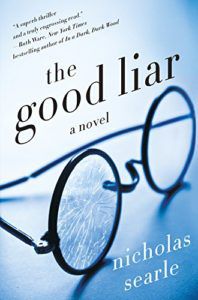 The Good Liar by Nicholas Searle

Ian McKellen and Helen Mirren will star in the big screen adaption of Nicholas Searle’s novel of the same name. Like the novel, the movie centers a veteran con artist who orchestrates a scheme against a woman he met online—only to realize he’s starting to care about her. Bill Condon, known for his work on the Twilight series and Disney’s live-action Beauty and the Beast, directed the film, which premieres on November 15. 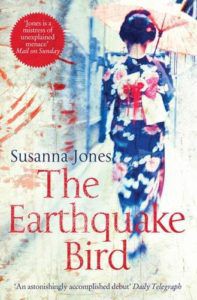 The Earthquake Bird by Susanna Jones

Located in 1989 Tokyo, Susanna Jones’s debut novel centers a young female expat who is suspected of murder after her friend goes missing in the aftermath of a turbulent love triangle. Alicia Vikander, Riley Keough, and Naoki Kobayashi star in the adaptation of the mystery book, which will have a limited release in theaters on November 1 before hitting Netflix on November 15.

You’ve probably seen the bizarre trailer for the upcoming musical fantasy, Cats, based on the famous musical of the same name—which in turn is based on T.S. Eliot’s Old Possum’s Book of Practical Cats. The movie will feature an all-star mix of actors and singers, including Jennifer Hudson, Taylor Swift, James Corden, Idris Elba, Rebel Wilson, Ian McKellen, and Judi Dench. Tom Hopper, who helmed 2012’s Les Miserables, directed the flick.

If it’s been a long while since you read Little Women, now’s a good time to pick it back up. Louisa May Alcott’s iconic novel returns to the screen—this time, with Ladybird director Greta Gerwig behind the camera. The movie will revisit the classic story of the March sisters as they face love and loss while growing up in 19th century New England. It features a remarkably star-studded cast, including Emma Watson, Saoirse Ronan, Florence Pugh, Meryl Streep, Laura Dern, and Timothée Chalamet. The film will hit theaters on Christmas Day.