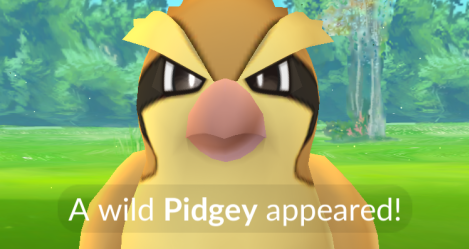 It’s midnight. You’re in a park, surrounded by a pink swirl of incense, your face covered in lucky egg, and you’re sitting on a picnic table that’s equidistant from four different Poké Stops, two of which have a lure on them. You’re really hoping that the police won’t be cruising by any time soon and that your bug spray isn’t going to fail you.

Whether you’re using your cell phone’s flash as a reading light or have a pair of headphones so you can listen, you obviously need a good book to fill all that time between spinning the Poké Stops and catching the local wild Pokémon that pop up. Here are a few tangentially appropriate books that aren’t media tie-ins: 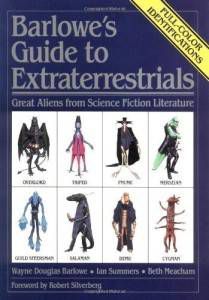 Barlowe’s Guide to Extraterrestrials and Barlowe’s Guide to Fantasy by Wayne Douglas Barlowe: If popular science fiction and fantasy characters circa 1990 were Pokémon, these two books would be the ultimate Pokédex.

Lagoon by Nnedi Okorafor: Where I live, water-type Pokémon are very difficult to find, so you have to attract them however you can. I like imagining Magikarp flopping around in the lagoon, puzzling the aliens, who don’t understand that they need to feed him a lot of candy if they want him to do figure out his life and do anything useful. Bonus: one of the best audiobooks I’ve ever listened to. 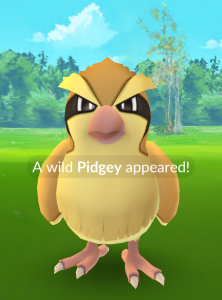 Don’t Let the Pigeon Stay Up Late by Mo Willems: Pidgey, why are you still awake? Go to bed so I can catch something else. Other books in this series give sage advice about more things no Pidgey should be allowed to do, like drive the bus.

The Black Unicorn: Poems by Audre Lorde and Here There Be Unicorns by Jane Yolen: Audre Lorde for the fire and Jane Yolen for extra horsiness; I suggest reading some of the collected poems out loud to attract nearby Ponyta and Rapidash.

Stitch ‘n Bitch: The Knitter’s Handbook and Stitch ‘n Bitch Crochet: The Happy Hooker by Debbie Stoller: You might as well do something useful with your hands when you’re not flinging your great balls at invisible monsters. 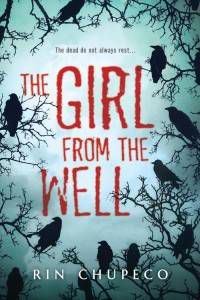 The Girl from the Well by Rin Chupeco: I can’t help but wonder if  the dead children just want some ghastly candy.

The Gene: An Intimate History by Siddhartha Mukherjee: Sure, we can’t currently breed Pokémon in Pokémon Go, but better bone up on your genetics, just in case. (This one also has an excellent audiobook.)

A Natural History of Dragons: A Memoir of Lady Trent by Marie Brennan: Read this in the hopes it will inspire your 10km egg to finally hatch the Dratini you really want instead of another freaking Eevee. 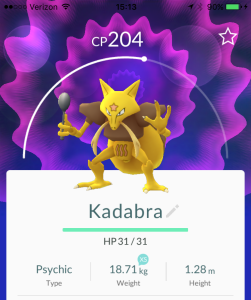 Flim-Flam! Psychics, ESP, Unicorns, and Other Delusions by James Randi: I think Randi would have a thing or two to say about these so-called “psychic type” Pokémon.

What the F**k Should I Make For Dinner: The Answers to Life’s Everyday Question (in 50 F*@#ing Recipes) by Zach Golden: It is a well-known fact both that the Snorlax wakes up only for food, and that you are very, very frustrated trying to find him.

The Craving Brain by Dr. Ronald A. Ruden: A scientific examination of the mechanisms of addiction. Just sayin’.