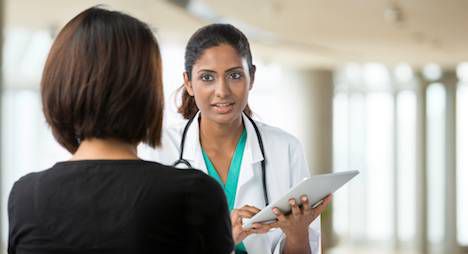 In a landmark 5-3 decision, the United States Supreme Court struck down two laws Texas used to severely limit abortion access in the name of protecting women’s health. Described as (potentially) the most significant abortion rights case since the 1990s, Whole Woman’s Health v. Hellerstedt challenged the “undue burden” standard courts use to evaluate state-level restrictions on abortion providers. Today’s decision concludes a fight that started with Wendy Davis and “the people’s filibuster” in 2013.

Abortion is, without a doubt, a complicated issue. It is also an incredibly common one: about 3 in 10 women will have an abortion by the time they are 45.  When we talk about abortion in absolute terms, we ignore the deeply felt, personal circumstances of pregnant people and medical providers. The non-fiction books I’ve included here bring nuance, compassion, and critique to the debate about abortion rights and reproductive justice. If you’re looking for history, check out this post on biographies of Margaret Sanger. Folks interested in fiction should head over to this post on abortion in YA. 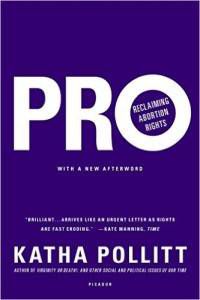 For a general introduction to reproductive justice issues, pick up Katha Pollit’s book Pro: Reclaiming Abortion Rights. Pollit, a columnist at The Nation, positions abortion as a normal part of a woman’s life. This book introduces and refutes many anti-choice talking points about abortion. In so doing, she exposes the anti-woman sentiment that motivates many people in the anti-abortion movement. This book is both a passionate plea for women’s bodily autonomy and a thoughtful explanation of why abortion is an essential right. 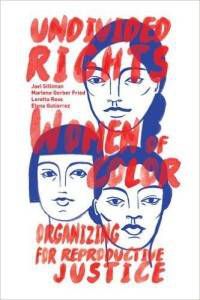 Texas’ laws (and abortion restrictions in general) disproportionately impacted patients of color. To learn more about how women of color have organized for reproductive justice, a broader concept than abortion rights, pick up the incredible book Undivided Rights: Women of Color Organizing for Reproductive Justice by Jael Silliman, Marlene Gerber Fried, Loretta Ross, Elena Gutierrez. This book offers a great general discussion of key concepts and terms while also focusing on specific examples of organizing in the Latina, Native American, African American, and Asian American communities. It’s a fantastic introduction to the ways that identity politics, law, and community organizing work together to advance a holistic vision of reproductive freedom for all. 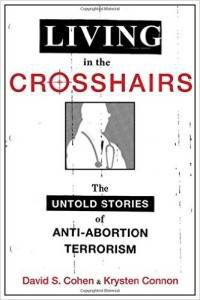 Although abortion restrictions hurt patients the most, physicians also suffer in a system that explicitly separates abortion care from “normal” medical care. Since 1993, 11 people have been murdered in attacks on abortion clinics. This epidemic of clinic violence is chronicled in Living in the Crosshairs: The Untold Stories of Anti-Abortion Terrorism by David S. Cohen and Krysten Connon. This book focuses on the many ways that anti-abortion activists target doctors, their clinic staff, their landlords, and even physicians’ families (yes, even their children). It does an incredible job pointing out how widespread anti-choice harassment is and how abortion providers have to adjust their lives to do the work. 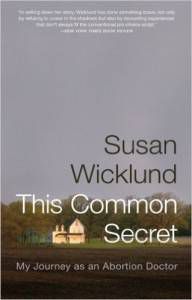 For a more personal story about how physicians manage to provide abortions in the face of real, credible threats to their lives, pick up Dr. Susan Wicklund’s memoir This Common Secret: My Journey as an Abortion Doctor. Wicklund’s book outlines why she decided to become an abortion provider, what it’s like to serve patients in multiple states, why she decided to carry a gun and wear a bullet proof vest, and how she experienced being a parent who provides abortions. It’s a beautiful, moving account of life on the front lines of abortion care. 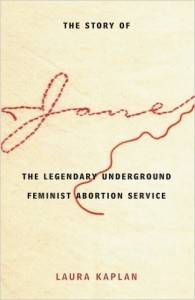 Dedicated activists help with all aspects of reproductive justice work. Some folks stand outside of clinics and take abuse from anti-choice protesters so that patients don’t have to listen to it alone. Others staff abortion funds and help patients come up with the money for their procedures while still others help minors obtain judicial bypasses in states with parental consent laws. Activist stories are at the center of Laura Kaplan’s book The Story of Jane: The Legendary Underground Feminist Abortion Service. The women who staffed Jane helped other women obtain safe but illegal abortions in the years before Roe v. Wade. When they got tired of working with doctors who over-charged and controlled the “supply” of abortions, Jane’s staff learned how to provide abortions and perform pelvic exams themselves. 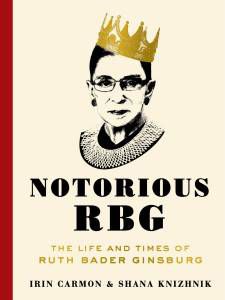 Finally, no round up of pro-choice books can ignore the nine members of the court. Justice Breyer wrote the majority opinion (available as a PDF here), but Notorious RBG wrote a strong concurring opinion and asked some pointed questions during oral arguments. If you haven’t yet read Notorious RBG: The Life and Times of Ruth Bader Ginsburg, by Irin Carmon and Shana Knizhnik, stop what you’re doing and read it now. Carmon and Knizhnik document Ginsburg’s life-long commitment to women’s equality and equal justice under the law. This is a biography that captures Ginsburg’s forceful (but still charming) personality and her brilliant legal mind. Plus, there are a ton of Notorious BIG references and puns.