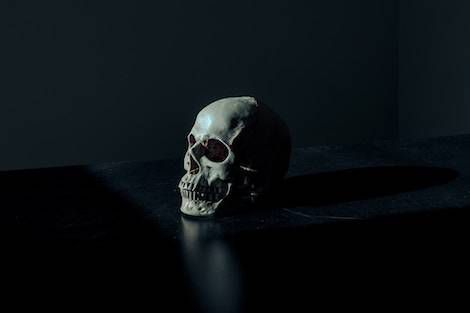 I have come to realise the best place to have the weirdest conversations is at our dinner table. The highlight this week: Reading Books That Will Kill You. It was great with a serve of corned beef and white sauce, and a glass of blood orange juice.

It all started with Marie Curie’s birthday this week. If she was still alive, Curie would have been 150 years old as of Wednesday, November 7…and glowing brightly. Okay, maybe not so much the glowing but she DID carry radioactive material around with her all the time. She even kept some next to her bed because it looked “like faint, fairy lights.” In fact, her notebooks (and almost everything else in her house) are radioactive and will be for about another 1500 years.

This lead to the ultimate conclusion: reading Marie Curie’s research notes can kill you.

Of course, the conversation then turned to further suggestions of books that will kill you (non-fiction and fiction). And being the weird person I am, I have the top five to share with you here. Just leave me some of your “thanks” in your Will.

As mentioned above, Curie’s research notes are HIGHLY radioactive. Both Curie and her husband, Pierre, didn’t know about the dangers of radioactive materials. Their research attempted to find out which substances were radioactive and why. As part of their research, the Curies obtained samples including thorium, uranium, plutonium, polonium, and radium. The stuff was just sitting around their “laboratory” (read: the shed out back).

The opportunity to read Curie’s exact “eureka moment” is absolutely fascinating…But if you want to read her research notes, you have to sign a waiver with France’s Bibliotheque Nationale. The notes are sealed in a lead-lined box and you will still need to wear protective gear because many of the items kept are contaminated with radium 226. Let’s face it: I am passionately curious to read these research notes, but it would kill me. Slowly. Painfully. And I really don’t want that.

Most book nerds have at least one book like this. We have a few signed books in the house but this one is special. We found The Colour of Magic (unsigned) at a book fair. The bonus was a month or so later when Terry Pratchett was in town for a book signing. I still remember how impressed he was with our ancient copy of his book. He signed it (along with a few others) and then stopped to chat about the last time he had signed a special book like this—interestingly enough, it was the previous time he had visited Australia to promote The Last Continent (we had that signed too). 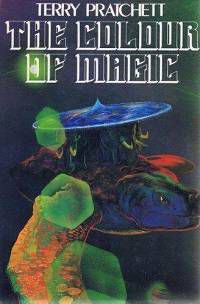 When I heard of his passing, it genuinely caught my breath. I remember Pratchett saying to me, “Now, you really have to take care of this book.” Since that day, I have not touched the damn book, let alone read it. I want to. I soooooooo want to. But I am also the clumsiest git I know. And while I joke about how my family would kill me if I ever hurt The Colour of Magic, the truth is I would be devastated all on my own. I would probably drink myself into oblivion, purgatory, damnation, *insert punishment of choice here*.

I love urban legends. Ever since the Brothers Grimm first went door-knocking, I have loved reading stories hell-bent on scaring you away from…well, Hell. When I was studying Japanese at University, I was told of Tomino’s Hell, a poem oozing with the urban legend of a cursed death. Of course, I then wanted to read it.

Unfortunately, I have never seen the original copy. I have only ever heard about it from friends or online—and we all know how the internet just sucks the magic out of everything. Apparently, Tomino’s Hell is a poem first noted in Saijo Yaso’s 27th collection of poems in 1919. The legend is if you read it aloud, Tomino will visit you and share his “misfortunes” with you. And then you die.

My Japanese is very rusty so I am relying on the English translation provided by David Bowles. It is filled with symbolism and is a bit creepy. It tells the story of Tomino, sent to Hell in torture and anguish.

And while I know in my head we all die eventually, my superstitious little heart says “keep your lips sealed shut, woman, and read the damned thing in your head…”

Initially, the Necronomicon that came to mind was the book from the Evil Dead franchise. Also known as Necronomicon Ex-Mortis, Book of the Dead, and Naturom Demonto. No matter what you call it, it still has the same effect: Read it aloud, it summons demons, and we’re all dead. The book itself was described as bound by human skin and written with human blood. Not exactly off to a light and fluffy start.

The inspiration behind this fictional horror book was another Necronomicon, written by H.P. Lovecraft. Again, it is a fictional book despite numerous requests at bookshops around the world and pranksters listing it in rare book catalogues. It has been referenced in many of Lovecraft’s stories, including the first mention in the 1924 short story The Hound. Lovecraft also allowed other authors to reference it, believing this would extend the legend surrounding his creation.

If this book had ever existed in the real world, could you imagine the story behind its creation? Demons, curses, bloodshed, all the crazy stuff. How could you not want to read this? 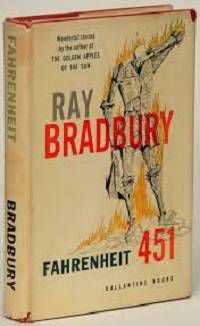 The final book in my list of five is Fahrenheit 451 by Ray Bradbury. But not just any copy of Fahrenheit 451. Oh no, we have to go all the way with the symbolism and pick up a copy of the 1953 limited edition bound in asbestos to prevent it from burning.

If you are not familiar with it, Fahrenheit 451 is set in a dystopian version of the United States of America where all books are outlawed and characters called “firemen” are tasked with burning the homes and belongings of people who dare to read the illegal books.

Back in 1953, binding the book in asbestos seemed like a cool promotional gimmick. A bit like Curie’s fascination with radioactivity, the publishing company had no idea about the dangers with asbestos. If there are any copies still available, you would have to take some serious safety precautions.

If you’re really determined to capture the same level of insanity, Holland-based Charles Nypels Laboratory has created a heat-sensitive edition of the book. As part of the Jan van Eyck Academie and working with graphic design collective, Super Terrain, the team has developed a book with lab-made pages covered in a soot black, screen-printed layer. Once you apply direct heat at high temperatures, the soot disappears and reveals the words.

Without knowing what the black layer is made of, this book may still kill you. If the irony doesn’t first.

Have any more suggestions? Because let’s face it. If you’re going to die, you may as well die while doing something you love: reading.