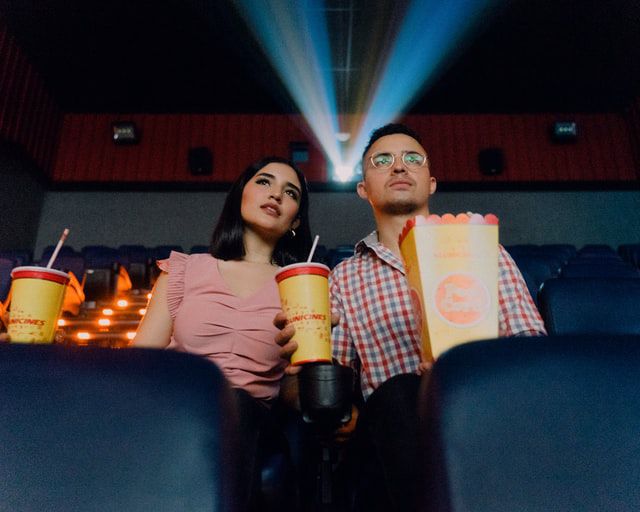 There’s something about a good book that fully captures your attention and does not let go. For me, books are the best way to escape, as I see all of the characters and settings in my head, and they truly give me the best form of self-care as I sit down on an early Saturday morning flipping through pages with a cup of coffee in hand.

My favorite books are usually funny and romantic contemporaries, as well as cinematically inclined fantasies with magical characters and worlds. And while in all honesty I spend more time lost between the pages of good books rather than flipping through television and streaming services, I’ve read eight books recently that I feel would make amazing movies or television shows. With that said, I am not only recommending all of you to read them ASAP, but I am also hoping Hollywood takes note and makes these some sort of cinematic or television event.

So, read below for my eight top books that I feel should be on screen as soon as possible, thanks to the amazing stories they tell and in-depth characters that they provide us. 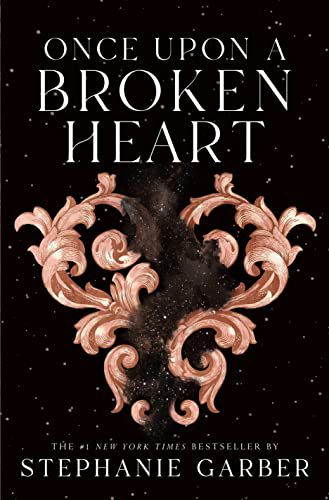 Once Upon a Broken Heart by Stephanie Garber

This book is literally one of my favorites so far from this author, who is also the author of the Caraval series. I love Garber’s cinematic stories, and while this one is set in the same world as Caraval, there’s something about this ethereal and romantic story that makes me feel like it would make a great television series, since there’s a sequel coming up soon.

Once she finds out that the man she loves is marrying another, Evangeline Fox’s broken heart leads to her making a pact with the enigmatic and dangerous Prince of Hearts. Desperate to stop the wedding, she agrees to his pact, which includes giving three kisses to three people that he chooses at his timing. As she gets deeper into the pact, she realizes she might be in for more than she bargained for, and the story turns into a fast-paced adventure full of deceit, romance, and intrigue.

So, take note Hollywood, this is one possible adaptation that you should consider, for this is a story that stays with you long after the last page and makes you eager for the sequel. 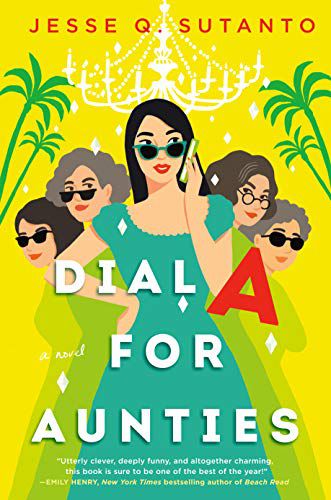 Apparently, Netflix struck a deal to adapt this book in 2020, before its 2021 release, but where is it? It’s 2022 and we still don’t have this book as a romantic comedy! Maybe I am being just a little impatient, but maybe this blurb will help those at the streaming service take notice and make sure that this idea is not shelved away forever.

This romcom tells the story of Meddelin Chan, who somehow ends up accidentally killing her blind date after it goes completely wrong, and her four extremely curious and involved aunties step up to help her to find a way to hide the body. From the body accidentally getting shipped in a cooler to a multi-million dollar wedding (how funny would that be to see in film?!) to Meddelin’s college love reappearing after she thought he was simply the one who got away, this book has all the element of a fun romp that will make you laugh until you cry, and also has amazing heartfelt and romantic moments.

So, Netflix, where’s our movie for this one? With the sequel, Four Aunties and a Wedding, releasing this year, I could even envision a double feature or short television series for these characters. 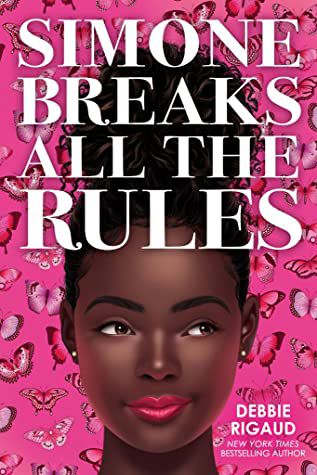 Simone Breaks All the Rules by Debbie Rigaud

This adorable romantic comedy is the first in a series that would be extremely adorable to adapt into a miniseries or movie, full of relatable moments and romantic mishaps, as well as moments to laugh and celebrate.

In the book, we follow Simone Thibodeaux, whose strict Haitian family has a solid “no boys” and “no dating” rule for Simone. To the point that she goes to an all-girls school and has no access to boys. Yet, Simone does dream about going to prom, and her parents are okay with her going, but under one extremely solid rule. This rule explains to Simone that she can only attend if her parents choose her date, who will surely be a nice Haitian boy. Frustrated, and realizing you only live your senior year once, Simone joins forces with her close friends at school and they all create a list of dares to complete before the end of their senior year. This includes having each one of them choose their own prom date. But, as the dares get more risky and difficult to complete, Simone starts realizing that not all rules are meant to be broken.

Full of hilarious moments, as well as characters that will warm your heart, this is a cute YA romcom that I can see as a movie or television series ASAP, especially when the next anticipated book in the series is released. This majestic fantasy mixes magical and real-world elements, as well as a wicked main fae prince character named Cardan, what would make the most epic movie character ever.

The story follows human Jude, who was only 7 years old when her parents were murdered and she and her two sisters were taken and ordered to lie at the High Court of Faerie. While in the beginning she was hesitant about being there, now she would do anything to fit in and belong in their glittery world, where they are beautiful and immortal. Yet, the one issue is that the Faeries do not like the humans at all, especially the one who aggravates her the most, Cardan, son of the High King. Followed by The Wicked King and The Queen of Nothing, this enemies to lovers and dramatic tale is one that would capture everyone’s attention on the big screen.

Rumor has it that Universal acquired the rights for this book to adapt it as a movie in 2017, before the book’s official release in December of 2018, but the buzz around this has been extremely quiet since then, making me impatient but at the same time hopeful that it will happen soon. 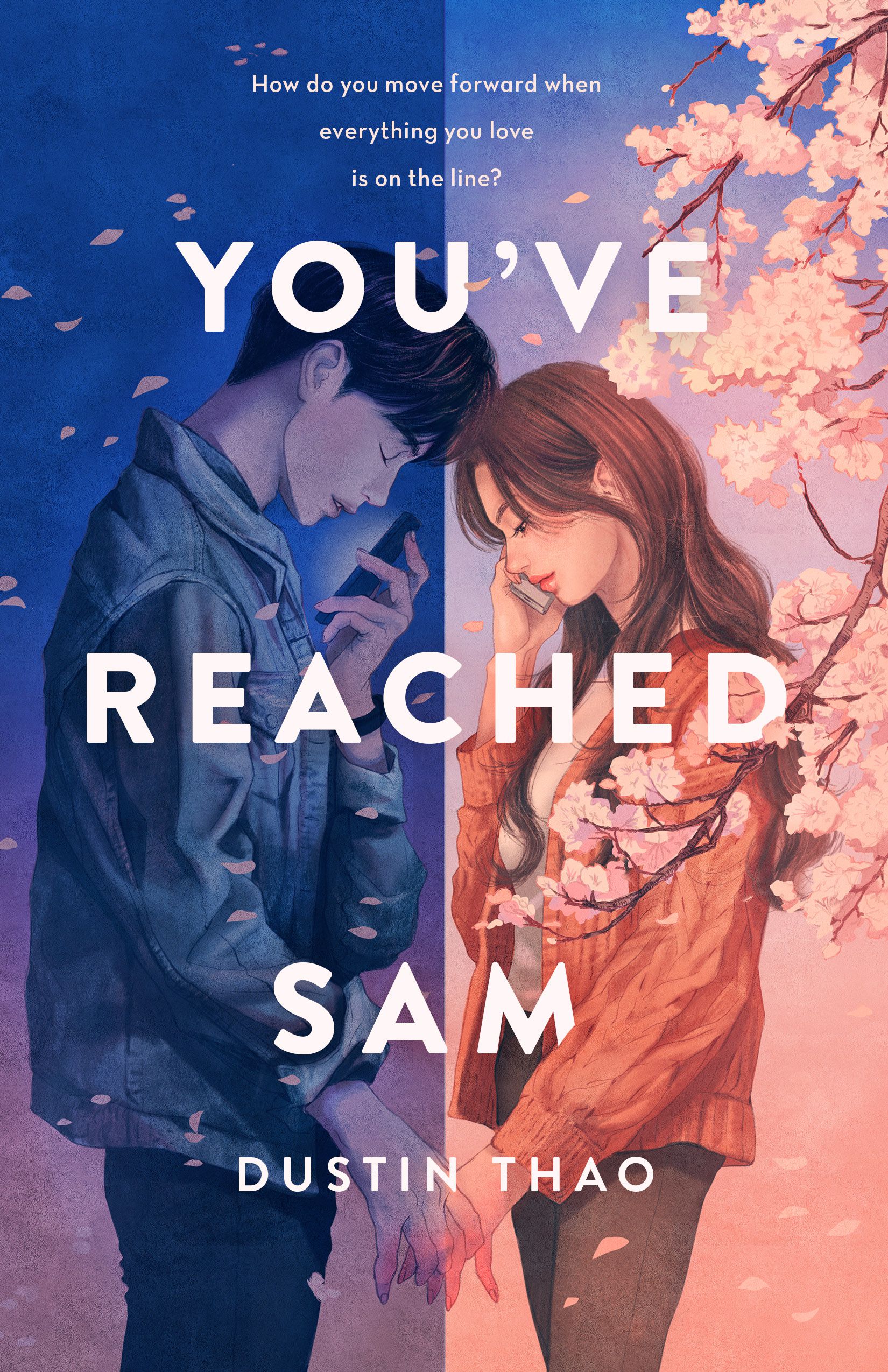 This uber-romantic and touching tale would be perfect as a film, sure to engage watchers of the story and lovers of the book. If you liked the film adaptation of If I Stay, then this might be the book for you, and movie adaptation that you’d love to see.

The book follows 17-year-old Julie, whose boyfriend Sam is her whole life and heart. They both have dreams to leave their area, attend college in the city and possibly even spend a summer in Japan. Tragically, Sam dies and Julie’s life changes. As she struggles to pick up the pieces of her broken heart, she doesn’t go to his funeral and throws away everything that reminds her of him. But, feeling sad and nostalgic one day, Julie decides to call Sam’s old phone number, just to hear his voice on his voicemail once more. Imagine her surprise when Sam actually picks up the phone.

Filled with heartbreaking, supernatural, ethereal and romantic elements, this would be the perfect movie for those who love these type of stories. Great writing and character development additionally makes the novel one that would be great as a film. 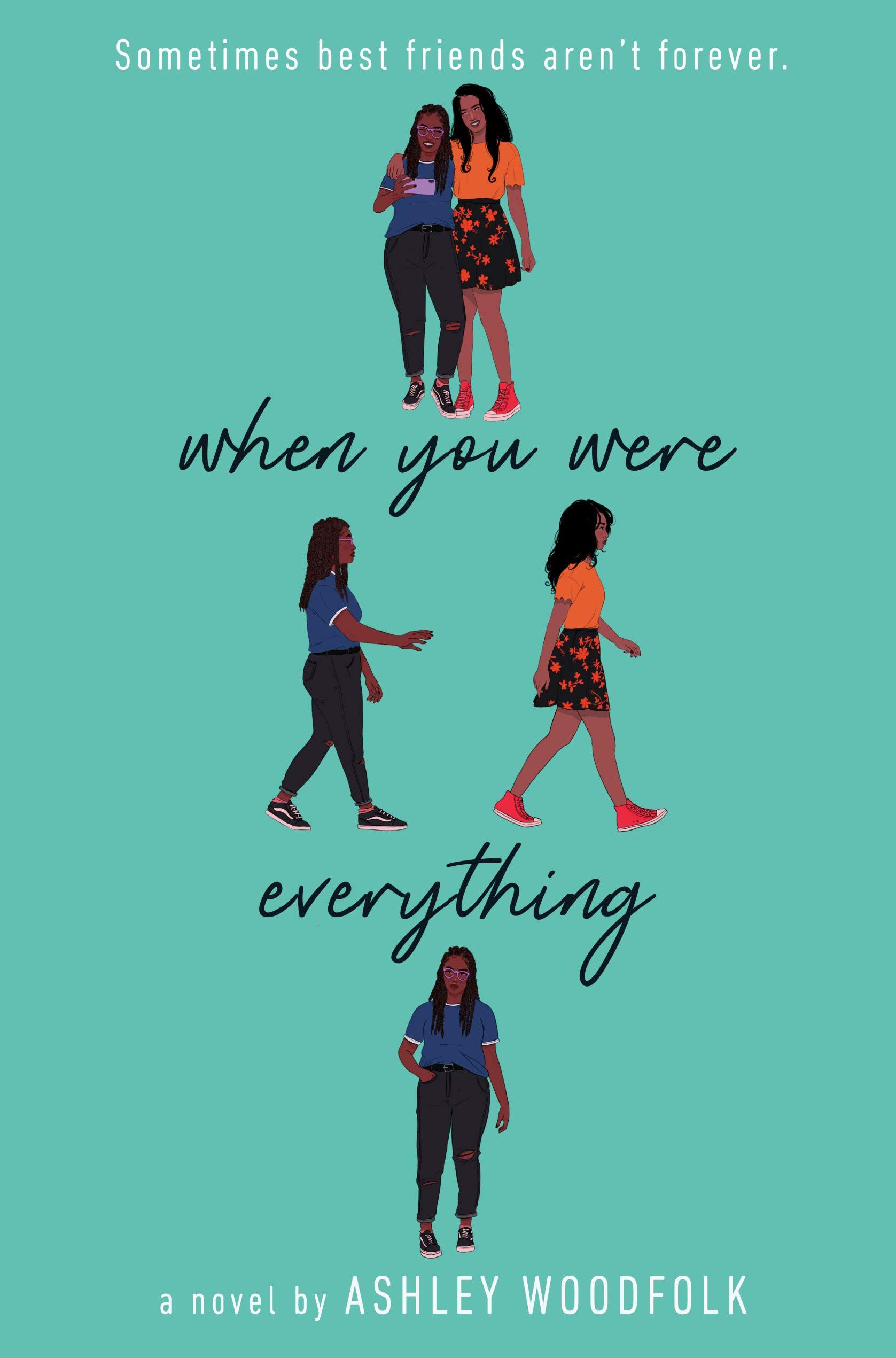 Breakups are hard, right? But I honestly feel like breaking up with a close friend, one that you considered a part of your life, is also quite the earth-shattering breakup.

This book follows two best friends, Cleo and Layla, who were completely inseparable. Their friendship ends one day, and Cleo finds herself wanting to erase every memory — the good and the bad — that reminds her of their time together as close besties. Yet, one day, she is forced to become Layla’s tutor, and they are both haunted by their history with each other. Even when they both explore other friendships, and Cleo even pursues a cute boy called Dom to distract herself, they cannot escape each other and their turbulent past.

I feel like this novel would make a wonderful film, especially since it’s told in then and now moments in Cleo’s and Layla’s lives, it’s a great and realistic contemporary tale that many can relate to, and it would be so lovely to see it on the big screen. 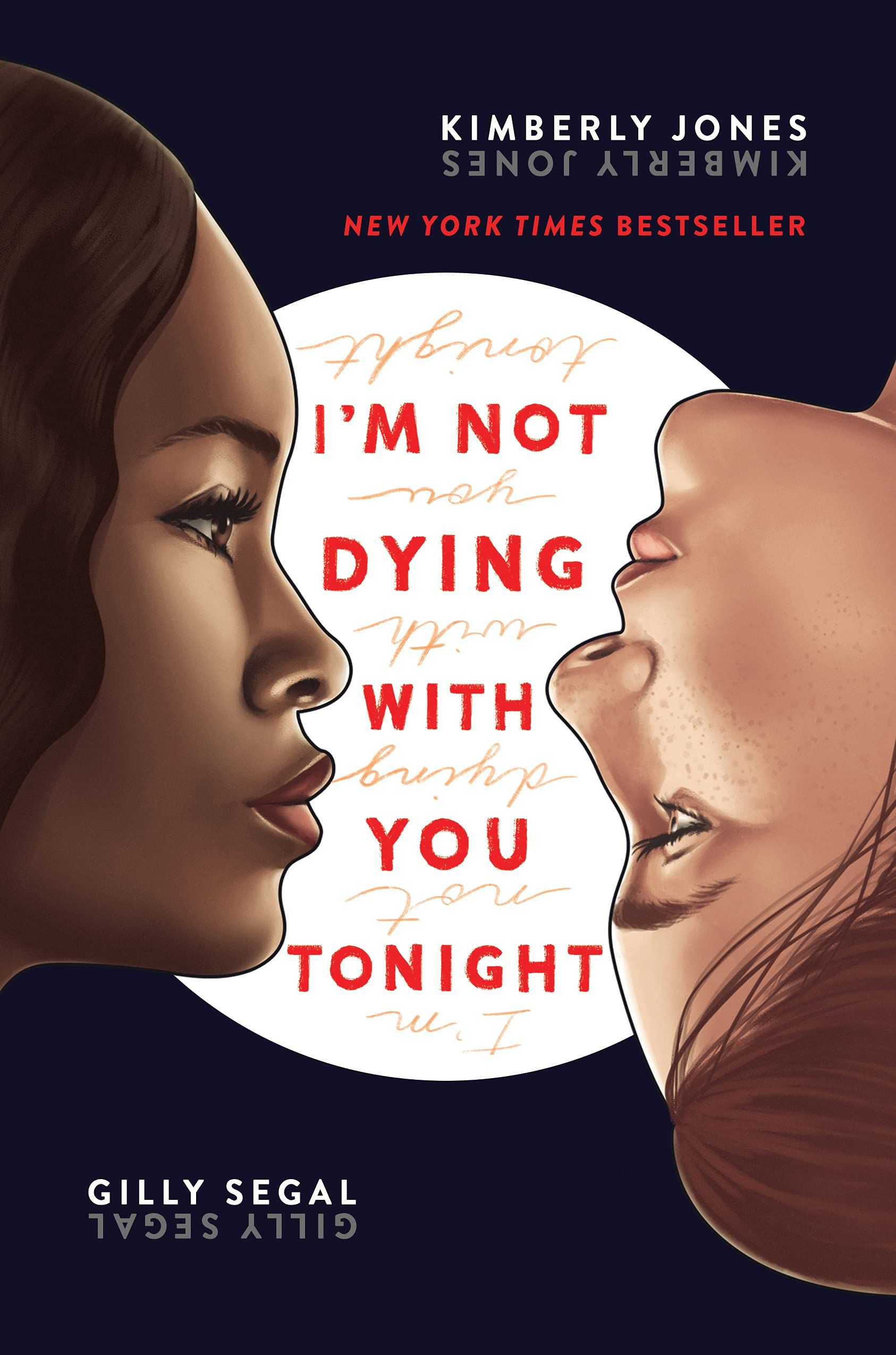 This novel, full of suspense and scarily realistic elements that so many can relate to, unfortunately, in the world we currently live in, would be a fantastic and fast-paced film.

In the novel, Lena and Campbell attend the same high school, yet, they do not know each other at all and are completely different people. Lena has the seemingly perfect life, boyfriend and goals of making it big in the future. Campbell is honestly just trying to get through her high school experience, laying low, and trying not to capture anyone’s attention at all. Yet, their lives are thrust dramatically together the night that they both decide to attend a Friday-night school football game, and utter chaos erupts.

Exploring themes of violence and hate, and what happens when two diverse souls are put together and try to survive and stop something that could end in tragedy, this would be a fantastic and engaging film, especially for fans of the book and film The Hate U Give. 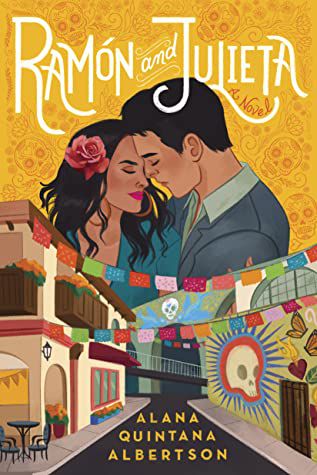 Ramón and Julieta by Alana Albertson

This adorable book takes the classic Shakespeare story of Romeo and Juliet, and gives it quite the spin.

The first in the Love and Tacos series explores the story of Ramòn and Julieta, told in third person perspectives. In the book, Ramón Montez is a super high-achieving man, chock full of Ivy League degrees and his mind is set on making sure his dad’s father’s fast-food business takes off. One night, during a Day of the Dead festival, he kisses a lovely mystery woman who then disappears. The mysterious woman is celeb chef Julieta Campos, who has a struggling sea-to-table taco shop that she’s trying desperately to save from closing. To make things worse for her, it turns out her new landlord of the property is Ramón. What follows is quite the tale, full of romance, drama, and lots of foodie moments.

This book has one of my favorite tropes — enemies to lovers — and a colorful setting I envision when reading it that would make it a wonderful movie. Also, it could give the Love and Tacos series a chance to maybe even become a cute television series! Why not? I’m up for it!

What other books that you’ve read recently do you feel should be adapted on screen? Do you agree with my top picks? Let us know on Twitter @BookRiot and let me know @AuroraMiami. Happy reading!