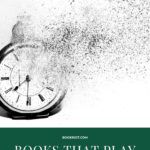 I think we can all agree, at this point in quarantine, that time is no longer real? (I heard a rumor that there may be a parallel universe where time is moving in reverse, and that would be the most 2020 move ever). Time in books has always had more freedom than time in the real world (or so we thought!). Time is manipulated in fiction for many reasons: to convey emotional weight, to give or change perspective, to strategically supply context, and many more reasons that I articulated best in a paper I wrote for my college senior seminar “The Art of Time in Fiction.” These past few months it feels like life is imitating art and time has a newfound freedom, a fictive quality.

I’ve been thinking a lot about the emotional weight of time, and how weighty moments can feel slower than the ones we Twitter away, so to speak. Every day since March has passed in nearly the same way: the mornings feel somewhat normal, the late morning and early afternoon pass quickly, 4:00 p.m. to 8:00 p.m. doesn’t exist. And then 8:00 p.m. until midnight or so is just how will I ever figure out what to do with myself until I fall asleep? Every day is nearly the same—with one or two exceptions. My fiancé and I recently took a six-hour road trip to sit outside for two hours in a different city and the day passed absolutely, blissfully slowly. I was awake for approximately the same number of hours, but the day had peaks and valleys. I lived every moment of it; I wasn’t on autopilot. In my mind, that day takes up more time; it has more emotional weight. 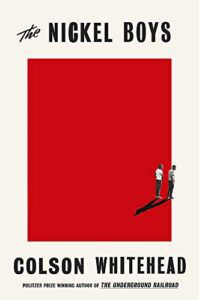 Every book manipulates time to convey emotional weight because in literature literal space on the page is a demonstration of time. Many manipulate it even more explicitly. Years can pass or fly back with a single sentence or the opening of a new section, as in Colson Whitehead’s The Nickel Boys. The book’s abrupt temporal shift in the final quarter underscores the emotional weight of the first three-quarters of the book. A lifetime can pass, but two years still largely define his character’s life (as they defined the narrative). Books that span generations still slow to human lifetime speed to make the moments of connective tissue between the generations meaningful to use mere mortals, as in Yaa Gyasi’s Homegoing. Time can slow, as in Ling Ma’s Severance, when more space on the page is used to discuss its passing. The sensory understanding of time moving in a cyclical fashion is one of the emotional truths of that book (and one of the pieces I related to most strongly when I reread it this spring). Time in fiction is deliberate and malleable and somehow, as our schedules have suddenly cleared, our own time seems to have become more so as well. If we have more ownership over it than ever, it also feels less consistent than ever.

One of the other things I find fascinating about time in this present moment is the awareness that with these few months, perhaps few years, our lives are shifting course. We may be forever altered by a span that should constitute a very small fraction of our lives. It’s a chronic tension of our current narrative: for many of us nothing much is happening, but these days, months, years will be inextricably linked to where we go from here. 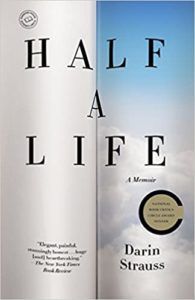 This is also a pattern that appears frequently, and is manipulated, in fiction and literature. In Darren Criss’s memoir, Half a Life, he constructs a narrative, a life, around a single moment of distraction when he was a teenager. His entire life is reorganized around a moment that occurred in one second. In Eleanor Henderson’s novel Ten Thousand Saints, one decision at a party propels every one of her character’s lives forward on a course from which they can’t turn back. There are moments in our lives where we are (at least in part) prepared for this—we get the job across the country, we decide to get married or have a baby—but were any of us prepared for what this disruption has been? Is that part of what’s making me so surreally aware of the history of my life being written as I sit on the couch? It’s an interesting trick that this time is playing on us—and again, one that makes real life feel much like a constructed narrative at this moment.

I recently read Haruki Murakami’s short story “Ice Man,” which tells the linear tale of the beginning of a relationship (albeit a non-traditional one, because one of them is, um, made of ice). It isn’t until the end of the story that the notion of time feels significant. The couple ends up in the South Pole and the non-ice partner realizes that this is where they will stay and it makes her feel unbearably lonely. The narrator describes time as having lost its meaning, as it stretches in front of her obscurely. She has lost the memory of happier times—times that were marked by occasion. The lines at the conclusion of this story resonated. As in the story, on a dime I felt like I lost the sense of time moving in an expected, linear fashion.

One of the things reading fiction makes clear is how many ways there are to use and manipulate time. This period of quarantine has made me think about the art of time in my own life in a new way; it has forced me to wake up every day and make more deliberate choices about how I will spend it. Perhaps the way we experience reality is not so different from the way writers construct narrative. Joan Didion famously said that “we tell ourselves stories in order to live.” If we take her word on that, then let’s make better study of one of the most malleable narrative elements we have: time.