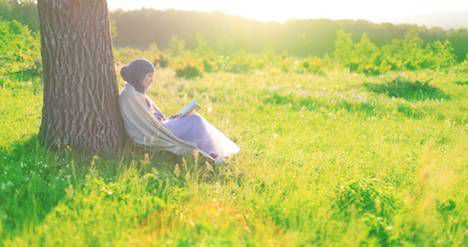 Every time we read something, we learn something. There is no such thing as reading a book and remain unchanged. These changes can range from the casual shrug to a mildly expressed “huh!” to a watershed moment in your life.

A watershed book divides your life into a before and an after. It opens your eyes in such a way that once you finish reading, your eyes can never be closed again. 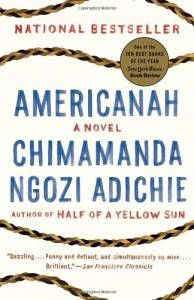 One such watershed book that I’ve read is Chimamanda Ngozi Adichie’s Americanah. This novel opened my eyes to a lot of things. What I would like to mention here is that it opened my eyes to Nigeria as a country of great literature. Ever since I read Americanah, I have sought out other Nigerian and Nigerian-American authors. I’ve also noticed that as soon as I hear Nigeria mentioned in a literary discussion I tend to prick my ears and listen a little closer.

A literary experience of a more philosophical bent that has served as a watershed in my life is Maimonides’ The Guide for the Perplexed. Maimonides, or Moshe ben Maimon which was his birth name, was born in Cordoba in Almoravid Spain in 1135 and died in Fustat, outside of Cairo in Egypt, in 1204. During his life, he educated himself to become a rabbi and a medical doctor, serving as court physician to Saladin (yes, that Saladin). The Guide for the Perplexed is Maimonides’ seminal work. It is the often overlooked link between the Arabic translations of Aristotle and the teachings of Thomas Aquinas on Christian philosophy and to this day. It is one of the pillars of modern Judaic thought. Every time I open this book, I learn something new that changes how I view the world. Even when it comes to something as seemingly trivial as reading a novel by Isaac Asimov. Once you’ve read Maimonides, you will never view Asimov the same again. 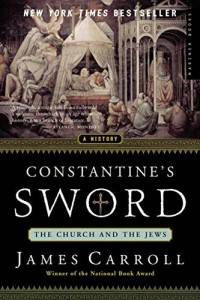 Another watershed book is Constantine’s Sword: The Church and the Jews, A History by James Carroll. In this book, Carroll, a devout Catholic and former priest, discusses the 2,000 year history of antisemitism in the West. Reading it was both enlightening and painful because it opened my eyes to how intrinsic antisemitism is to much of Western culture. Since reading this book, many of my heroes have fallen. One of them being Carroll himself, who in a later book fell into his own trap set in this volume.

Continuing on the theme of rocking my world view I would like to mention Janet Abu-Lughod’s Before European Hegemony. The World System A.D. 1250–1350. Here, Abu-Lughod discusses the global economy before European exploration and the colonialism and imperialism that followed in its wake. What literally turned my world view on its head was a map of the world economic system during the fourteenth century C.E., i.e., during the European late middle ages. The map looked something like this. 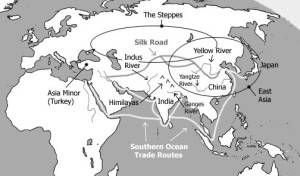 The world economic system in the 14th century.

At first glance the map made no sense to me. Then I located Europe in the top left corner and I could feel something shift inside my mind. Schooled in the Western-centric world view where our maps are still constructed using the point of view of the British Empire, seeing the world presented in this way was a humbling experience and one I will never forget.

What books have served as watersheds in your life?