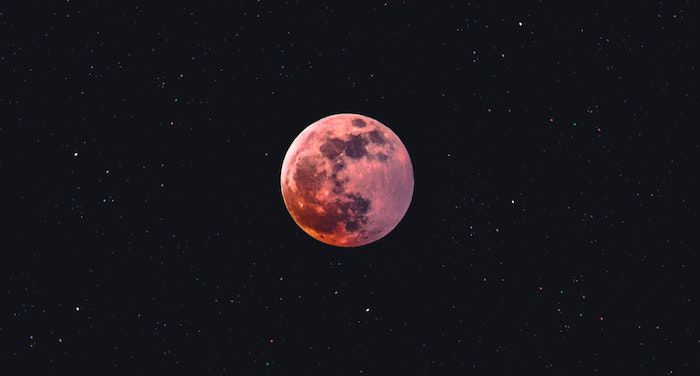 More than 50 years have passed since humans first stepped foot on the moon. It is a thing that most all of us are aware of, but it is not an event that gets us as excited as we were that day, crowded around our television sets. Until the Chinese landed a lunar rover on the far side of the moon last year, most of us hadn’t really thought about it in a good long while. “Most” does not include authors, however. The moon remains a regular source of inspiration as evidenced by these five books set on the moon.

The stories range from its transformation into a giant weapon that threatens life on Earth to its development as a thriving human colony. In some, the focus is on the race to space, while in others it’s more about figuring out if it was really a race that should have been run. When it comes to books set on (or about) the moon, the options are only as limited as our imaginations. 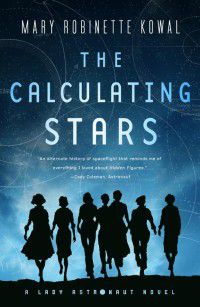 This was my first alternate history, and there are elements of the story that I really wish I could accept as cannon. Not the whole meteorite hitting Chesapeake Bay and leveling a large portion of the east coast, obviously, but the part that comes after. The space race proceeds in a much different manner out of necessity, and women are a much larger part of it all. One woman, Elma York, takes center stage and leads the way for other women whose paths should take them to the moon and beyond. I have long thought that women will save humanity, and this story just reinforces my belief.

Kangaroo Too By Curtis C. Chen 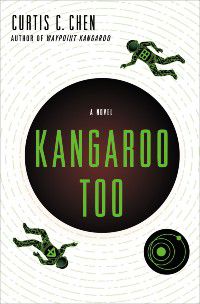 This is the second book in the Kangaroo series, and it sees the titular hero head off to the moon to investigate the rogue mining bot that wrecked a ship he was recently traveled on. If his super-secret agency is being sabotaged, they need to know who is behind it and why. To complicate matters, his visit to the moon coincides with the anniversary of the lunar landing, while millions of tourists are there, creating the perfect target for a terrorist attack. Kangaroo will have to pull a lot more than gold out of his pocket universe (yes, you read that right) to save the day. I really, really enjoy this series. It’s creative and Kangaroo is a pretty cool character. He’s fun, clever, and determined to do the right thing, no matter what. I respect that. There’s also an aura of mystery around him that I find very interesting. Where does he come from? And what is this whole pocket universe thing? 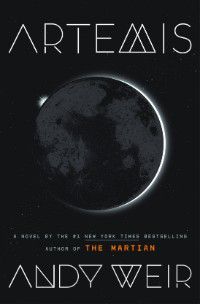 Artemis takes place in the not-too-distant future, in a city on the moon. It, not unlike the cities here on Earth, is sharply divided by class. One of the lower class, a porter and part-time smuggler named Jazz, is recruited to help a wealthy client with a new business opportunity.  Jazz, a young Muslim woman with a less-than-legal skill set, gets involved in a carefully crafted conspiracy meant to put control of the city into the hands of a crime syndicate. Her whole motive was to make a lot of money and make it fast, but she ends up making herself into a hero. Jazz is one of the smartest and most capable protagonists out there. 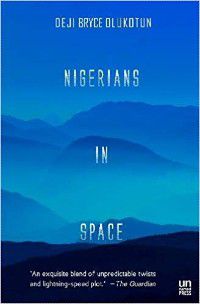 There are a lot of moving parts in this story, but at its heart, it’s about a group of Nigerian scientists who have been educated and worked abroad most of their lives. It’s 1993, and a Nigerian government minister is offering to bring them all back to set up a Nigerian space program. He’s offering them the chance to really shine in their respective fields, and he’s offering quite the financial incentive. To secure his spot in the program and finally get to space, he’s asked to steal a piece of the moon from the lunar geology collection at NASA. No big deal. Of course, things get complicated.  There’s a sequel, too: After the Flare. 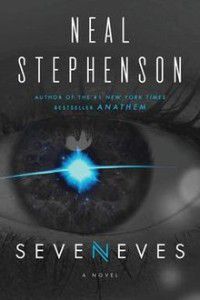 I love all the books on this list, but this one is my personal favorite.  Seveneves begins with the moon suddenly and inexplicably exploding. Initially, it is something of a novelty. People can’t help but flock outside to stare at the shattered pieces. Soon, they realize that those pieces are not going to just stay there in the sky. The result is a rush to get as many people safely into the sky and heading toward the largest pieces, the ones that are expected to stay in orbit while the others rain down on the planet and make it uninhabitable. There’s some success, but not on the scale they had hoped for—and that’s just in the first two parts of the story. In part 3, they fast forward thousands of years to introduce you to the human race as it exists at that point. That’s where the story really gets interesting, and it’s where I hope he eventually picks it back up and continues, because I didn’t get nearly enough.

Bonus Recommendation: The Tale of the Bamboo Cutter

“The Tale of the Bamboo Cutter” is a 10th century Japanese prose narrative, also known as “The Tale of Princess Kaguya.” It tells the story of a bamboo cutter who finds baby girl, no bigger than his thumb, inside the stalk of a bamboo plant. The bamboo cutter and his wife raise her as their own and discover that she once called the moon her home and wishes very much to return to it. One day she does, much to the disappointment of her foster parents and the emperor who has fallen in love with her. It’s a sad story, and it has many classic science fiction elements which, given its age, make it that much more fascinating.

Interested in all things space? We’ve got you covered. Read about horror novels set in space, sci-fi set in space, and women who take center stage…in space.