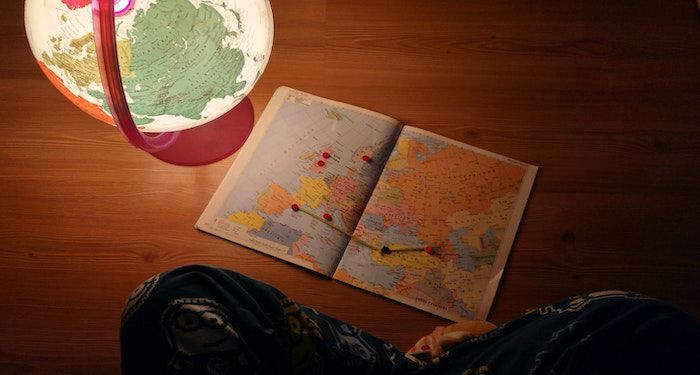 This list of ten books set in transporting places will let you travel from the Kamchatka Peninsula to a kibbutz, cycle to the Patagonia mountains, or ride the Magic Bus to Nepal, all from the comfort of your couch at home! 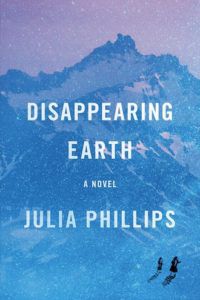 Disappearing Earth made up of interconnected narratives, all set on the remote Siberian peninsula of Kamchatka. The story kicks off when two young girls are abducted and there is only a single witness and very little evidence to follow. The news and gossip about the disappearance make their way through the insulated community, but no new clues turn up for months. This book is less about solving the mystery of the disappearance, though, than it is about weaving together the fabric of people and places that make up this region. Place is so vivid in this story, both the remote, mountainous landscape, and the people who live in these communities.

Apples From the Desert by Savyon Liebrecht

Savyon Liebrecht’s parents were Polish Holocaust survivors who moved the family to Israel in 1950. Apples From the Desert is a collection of short stories, all centering post-war Jewish families, mostly in Israel. The title story takes place on a kibbutz—a communal farm settlement in Israel—and the writing is so bright and evocative that the description of this place has stuck with me even though I read this collection about ten years ago. Throughout the collection, the stories themes usually come back to family, marriage, oppression, and the way the Holocaust lingers in the future generations.

To Shake the Sleeping Self by Jedidiah Jenkins

To Shake the Sleeping Self is never short on adventure! It is the memoir of Jedidiah Jenkin’s trip bicycling from Oregon to the Patagonia region of Argentina over a year and a half. Personally, Jenkins is on a journey to “shake up his life,” but also to reckon with his sexual identity and his conservative Christian upbringing. His reflections are soulful and vulnerable. But as he wanders his way across two continents, he meets big-hearted people, experiences breathtaking nature, and overcomes the challenges of living on the road.

From the Left Bank of Paris in the 1920s to the Pamplona bullfights, The Sun Also Rises is a book about travel, expatriation, and the Lost Generation that is perfect for anyone who feels lost. The story is centered around American veteran Jake Barnes, the devastating Lady Brett Ashley, and their group of disillusioned friends who live in Paris. They group has wild nights out, failed love stories, disappointments, and of course, adventures. Hemingway’s typical writing style involves sparse language, but even though it is pared back, both Paris and Pamplona feel very real in this work. 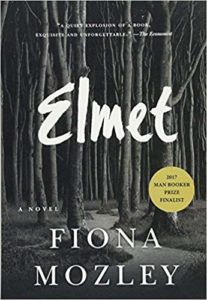 Elmet is such an atmospheric novel. It takes place in rural Yorkshire, in an off-grid family home where the children run through the woods foraging during the day, and the father builds all their furniture by hand. It’s told from the eyes of the children, Daniel and Cathy, and at first it seems their provincial life is comforting. But the reader knows something dark and mysterious is hiding in those trees. When some gruff locals show up to threaten their father, that danger quickly escalates. I read Elmet while stuck at home during a blizzard when it first comes out, and it is full of sensory-laden nature writing. I adored it.

This book is full of interesting settings—we travel from a remote island in British Columbia, to underground techno dance clubs, to the wealthiest circles of Manhattan, to the decks of a container ship out at sea. As is familiar in Emily St. John Mandel works, there is a disparate cast of characters who all come together around a dramatic storyline. In The Glass Hotel, that drama is a major Ponzi scheme that implodes around the time of the 2008 recession. The story is full of intrigue, betrayal, and greed, and it takes you to places you never expect to go. 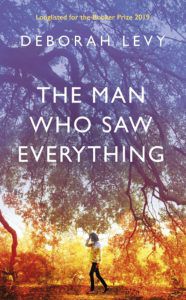 The Man Who Saw Everything by Deborah Levy

In 1988 a young researcher named Saul has been sent to communist East Berlin for research, and in return he has to write a positive essay about the oppressive GDR. Saul is an antihero—he is narcissistic and lacks a real regard or empathetic understanding for the East Berliners he meets during his time with them. Without revealing too much of the plot, this book completely transports the reader to gray East Berlin in this time, near the cusp of the fall of Berlin Wall.

Purple Hibiscus takes place in Enugu, Nigeria, in the well-off, privileged family home of Kambili and her older brother Jaja. But things at home are not all good, as the children’s father is fanatically religious, strict, and even abusive. When Nigeria falls under a military coup, their father’s status and safety comes into question and the children are sent to live with their much more down-to-earth aunt in the Nigerian countryside. There, the children play soccer with their cousins, read books, listen to records, and experience real childhood. This is a tender coming-of-age story, with family issues at its core. 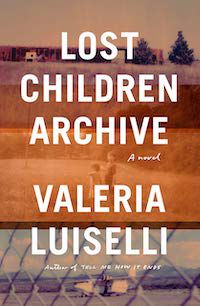 Lost Children Archive is a road trip novel that follows a family of four from New York to Arizona. The mother and father are both researchers—one is studying the “immigration crisis” at the U.S.-Mexico border, and the other the Apache Nation. As the family drives through remote parts of the Midwest and Southwest, they play games, listen to the radio, and stay in roadside motels—like a regular family vacation—but it slowly becomes clear that there is something tense going on between the two parents. The book uses oral history and sound as well as photography to tell this story of the lost children of this region, and the combinations of these mediums really transports the readers.

Hippie begins in 1969 in South America. Our narrator, Paulo, wants to find liberation and his “inner truth,” so he sets off on a major trip that is meant to eventually end him up in Amsterdam. First he rides the “death train” to Bolivia, then he makes his way to Peru, and finally he hitchhikes through Chile and Argentina. After running into a bit of trouble there, it’s off to Amsterdam where Paulo meets an illusive and alluring woman named Karla. She convinces Paulo to join her on a trip to Nepal, so the two of them set off with another group of flower child wanderers on “The Magic Bus.” Basically, you can see a good chunk of the world through this one book!

For more exploring, check out this post on Exploring America Through Books, or this one about Books Set Off The Beaten Path.