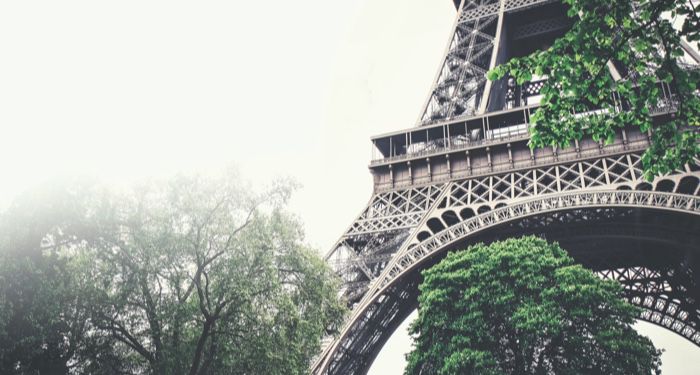 One of Paris’s main nicknames is the City of Lights. Paris is also a literary haven, full of bookstores, bars, and cafés where some of the most famous authors in the world sat and worked on great literature. From Victor Hugo to Simone de Beauvoir to James Baldwin, some of the greatest stories and philosophy have originated in the historic cafés and restaurants. Books set in Paris are still published constantly.

Paris is the city of romance. It is also one of the most romanticized cities. However you feel about the American-in-Paris romcom show Emily in Paris, it’s a very romanticized look at the city. American-in-Paris stories are an extremely popular genre of books about Paris, probably because of all the writers who moved to Paris and became enchanted with the city and its beautiful bookish locations. Many great novelists of the American literary canon spent time in the winding streets of Parisian arrondissements. Audrey Hepburn’s oft-quoted line “Paris is always a good idea” is also probably an influence.

When I studied abroad in Paris, friends and family rattled off their favorite books and related locations around the city for me to visit during my time there. Les Deux Magots and Shakespeare & Co. were first on the list. Although I haven’t been to Paris in a while, I can always return through the classic and contemporary books set in and around the city of lights. 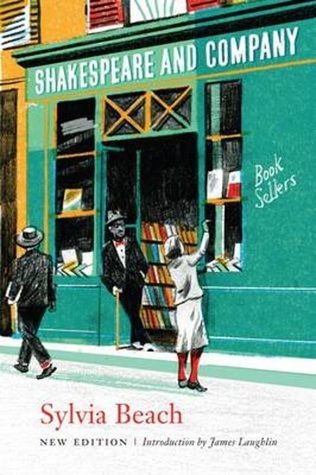 Shakespeare and Company by Sylvia Beach

This is a fascinating account of literary giants in Paris in the 1920s. The current Shakespeare & Co. store in Paris is based on Sylvia Beach’s original store and lending library, which she opened in 1919. She published work in English and lent out books, so it became a consistent stop for expatriate writers in the time between World War I and World War II. Through her interactions with James Joyce, Gertrude Stein, Ernest Hemingway, and every other famous author you can think of, Sylvia Beach chronicles her involvement in the establishment of Paris as the literary city of the 20th century. Though she was forced to close her store in 1941 during the Nazi occupation of Paris, her legacy lives on in the new store and writers coming to Paris for inspiration. 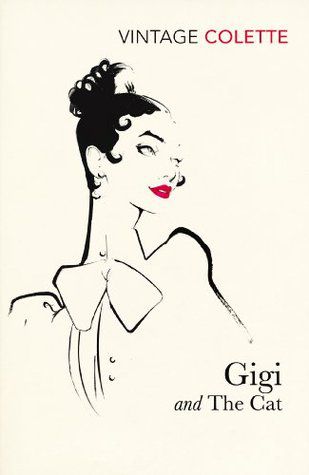 Gigi and the Cat by Colette

This collection pulls together two novellas by Sidonie-Gabrielle Colette (known as the mononymous Collete). Gigi is set in Belle Époque Paris, and follows a teenage girl learning the ways of being a courtesan from her family, who are all high-class courtesans as well. A family friend named Gaston eventually falls in love with Gigi. The next story, La Chatte, is about a couple who are fighting over his devotion to his cat. Alain loves his cat more than he could ever love Camille, and the cat is a symbol of his childhood that he yearns to return to. Though both stories are a little strange for modern readers, Colette is an overlooked literary icon who forged new pathways for women writers in France. 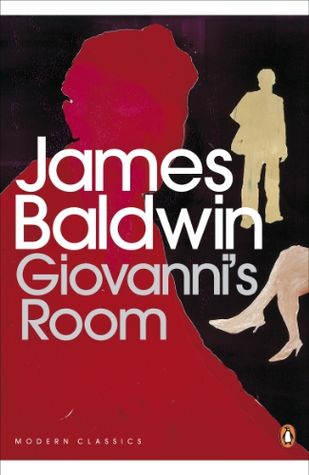 David is an American in Paris, and finds himself seduced by the city and its queer nightlife, despite his determination to live a regular heterosexual life. David is out of money and alone in Paris while his girlfriend is in Spain. Through borrowing money from a seedy character named Jacques, he meets Giovanni and goes back to his room and begins an affair. David is torn between his competing desires — to be who he truly is, or to live the life expected of him. Giovanni, however, is looking for true love. Baldwin’s signature style makes this a thrilling, complex read. 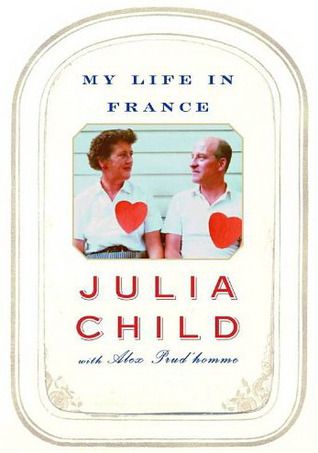 Julia Child’s memoir of her time in France with her husband, Paul, was the basis for the Julia section of Julie & Julia. One thing I’ve always appreciated about Julia Child is that she is a great, engaging writer — especially in her recipe books. Her description of the meal in Paris that sparked her desire to learn how to cook French food is truly transcendent. Her account of her cooking journey through Le Cordon Bleu and L’école des Trois Gourmandes with her cookbook cowriters are similarly captivating and hilarious. 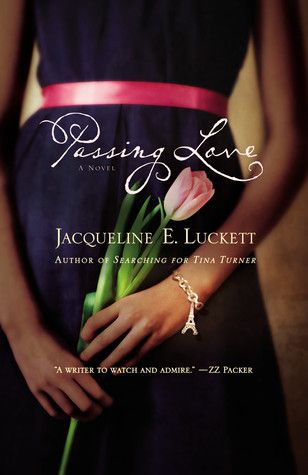 After her best friend dies, Nicole-Marie decides to fulfill a lifelong dream and runs away to Paris. She comes across a photo of her father and a mystery woman with a loving message to the woman, and she tries to find out more about this woman and her connection to her. Nicole’s story takes place in the 1990s, and we follow the woman in the photo, Ruby, in the tumultuous 1950s. Both women were running away and chasing dreams, and there are even more connections than we initially see. 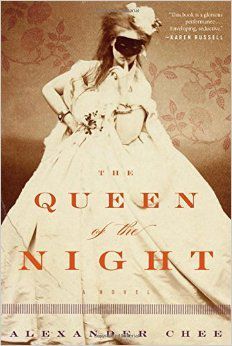 In 1882, a famous soprano at the Paris Opera gets the opportunity of a lifetime. Lilliet Berne is set to star in an opera whose plot is somehow full of secrets from her past that she had thought were long buried. By chance, someone found Lilliet’s diary and incorporated her dramatic life story into the libretto. She was born in Minnesota before becoming a star of the Opera. French society at the time was constantly embroiled in secrets and scandal. Come for the delicious backstage mystery, stay for the thorough descriptions of famous operas. 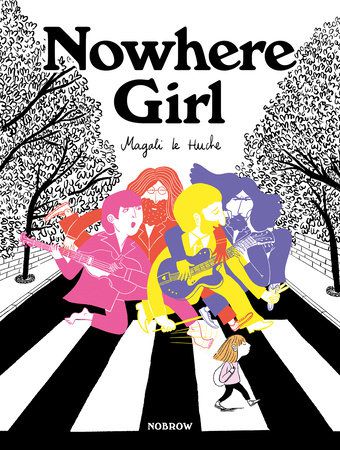 During middle school in the 1990s, Magali totally falls in love with The Beatles. She falls for them to the degree that her days re-orient themselves around the music of The Beatles. Magali’s graphic memoir is more about her struggles with school and growing up. The memoir picks up when Magali starts school at the Marsillon school in Paris. Her anxiety about school starts to make her literally sick to her stomach, so she begins homeschooling and seeing a therapist. Leaving behind childhood causes Magali so much anxiety because it seems like everything and everyone is changing: she wants to do well and be a good student, but her anxiety spins her out of control. 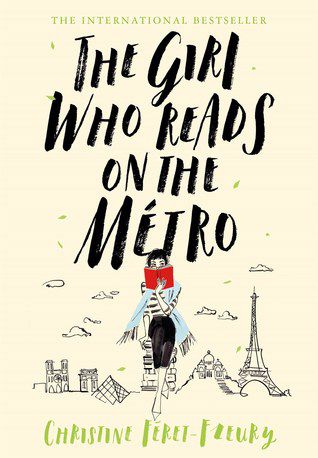 The Girl Who Reads on the Métro by Christine Féret-Fleury, translated by Ros Schwartz

Juliette is a young woman who feels stifled by the routines of her life: from home to the office, office to home, and again. Her one joy is riding the métro (the commuter train in Paris) and spinning fantastical stories about the people she sees reading various books across from her on the train. Juliette walks through a gate and meets Soliman, who recruits her to take piles of books out into the world and match them with potential readers as she sees fit. He then asks her to move into his bookstore and look after his daughter Zadie while he’s away. Equal parts dreamlike and relatable to quarter-life malaise, this book indulges in the feeling of magic that always seems to be around the corner in Paris. 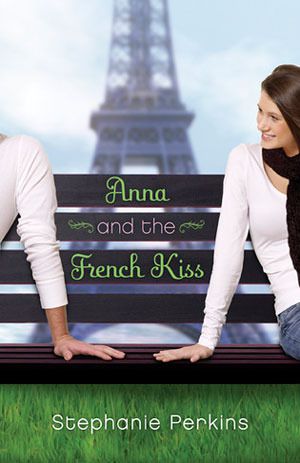 This book was one of my twin sister’s and my favorite reads when we were in 11th grade, and it’s possible I did obsessively search for boarding schools where I could spend my senior year without too much disruption to my education (there are none). Anna is starting her senior year at a new school in a foreign city, with all her friends back in Atlanta. She meets Étienne and immediately falls for him, but he has a girlfriend. Anna spends her senior year engaging with Paris, discovering that her love of Old Hollywood is well-supported in the famously cinema-strewn city. It’s a relatable YA novel about how difficult it can be to talk about your feelings with family and what it feels like to start everything over. 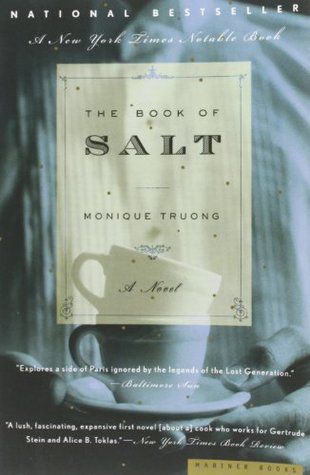 The Book of Salt by Monique Truong

When Binh flees his home in Saigon in 1929, he works as a cook on a ship. He knows this is a major disappointment to his family. However, when he arrives in Paris, he sees an ad to be an in-house cook and joins the house of Alice B. Toklas and Gertrude Stein. Binh becomes an important fixture of the household, beloved for his wit by Toklas and Stein, and listening in on their literary salons. Despite all this excitement, Binh is still lonely in a strange country. When Stein and Toklas offer to take Binh back to America with them, he’s caught between a new adventure or returning home. Binh is based on a reference to Alice and Gertrude having a Vietnamese cook in The Alice B. Toklas Cook Book.

Paris is a great city for literary tourism, and it has a fascinating history with authors and art in general. One major part of Paris’s history is the Occupation during World War II, so a ton of books about the war are set in Paris. Books set in Paris range from historical to contemporary fiction and spread across genres as well.

If you’re hankering for an even more French bookish life, there are a ton of great French books in translation and book towns to explore in France.