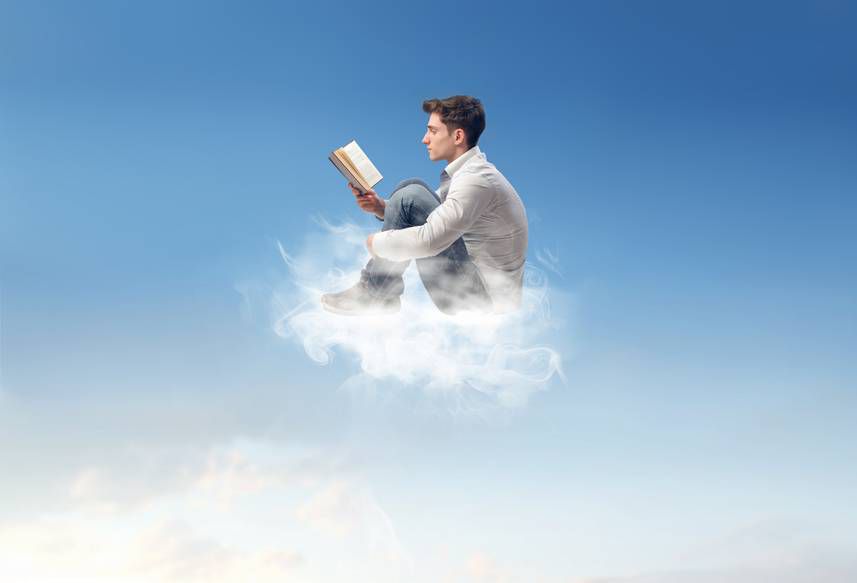 I will try not to bore you with an essay on the overwhelming amalgamated feelings of isolation and connectivity that the Internet can spur. There is already a wealth of such pontificating on the Internet itself that probably does a better job than I can.

What I wish to discuss instead is the small peace of mind books provide me with mundane and inconsequential phrases. “A few weeks later,” or something along the lines of “she fell asleep the moment she hit the bed” are perhaps some of the most valuable filler of our time. They are a constant reminder that life is not perennially interesting.

While this is an obvious observation, this fact can be easily lost in the deluge of social media and curated content by which people present themselves. Individual branding has washed away the dull moments of existence. People have a natural tendency to pile together as many experiences as possible into a quick string of words, thereby creating an esoteric lifestyle that garners support within one’s social circles.

This of course is not a bad thing. Publicly sharing accomplishments is a good method for a quick ego boost. However, that doesn’t necessarily make the process feel any less disingenuous. Facebook as of late has seemed to promote posts equivalent to year round Christmas cards, and headlines such as “21 hella expensive, distant, impractical places you have to visit before age 30 or you’re not a real person” only add to the generational feelings of inadequacy and constant one-upmanship.

What this leaves us with is concern that we are all insufferably boring people living in a state of ennui while others really experience life. Instagram-worthy moments are mostly designed to make us feel a sense of uniqueness and individualism that has otherwise been washed away by technological transparency.

This is where books come in. When I read something such as Open City by Teju Cole, I am reminded that a period of time can pass without major events occurring. Cole’s novel takes the protagonist to Belgium where he doesn’t do much more than sit in a coffeehouse and talk to locals. He wanders his hometown of New York often without much purpose, which is entirely the point. There is an unflappable existential feeling of boredom similar to Sartre’s Nausea, and it is a pleasant reminder that just because one has experienced many distinct moments, one does not always have to be.

I am currently reading Station Eleven by Emily St. John Mandel, and I think her post-apocalyptic wasteland appeals to me for similar reasons. When the lights turn out and the water stops running, much of history will survive in print, whereas our personal online compilations, those Google searches we try to develop to impress employers, will be nothing more. Let me make it clear I am not whatsoever trying to lambast language in its digital form, but instead simply make the point that at a base level it’ll lose its hold the moment we can no longer access it. Mandel presents this disconnect flawlessly, at least from what I’ve read so far.

Amazon’s new model of paying self-published authors by the page is logical in a certain sense. While eschewing the traditional publishing route has benefited many talented writers, Amazon’s previous model encouraged a horde of money-grubbing typists to milk the system with low-quality content.

However, the thing about this contingency of literary panhandlers is that they’re probably not going anywhere just because Amazon changed the rules. They’ll develop a new strategy to get their page views, continue cranking out subpar stories, and make money either way.

Where the pay-per-page model becomes bothersome is not so much in how it affects writers’ pocketbooks, but instead the expectation it sets for page-turning stories. This system certainly favors certain genres more so than others, despite the fact that there are always exceptions to the rule.

What I truly fear is that many of those dull moments will get stripped away from literature of every genre. When I throw my phone aside and read a book on the patio with a beer, finding that each word, no matter how inconsequential, helps me travel from one point of action to the next, the passages in between feel just as valuable. Amazon, and it seems sometimes the publishing industry in general, have started to perpetuate expectations that liken books to summer blockbuster films.

To be fair, sometimes the breakneck speed of a thriller or horror novel is needed. I get engrossed in mysteries and sometimes try to knock them out in an afternoon. However, what worries me is the building zeitgeist of “montage anxiety” will take away from the relaxing escapism that books have always provided.