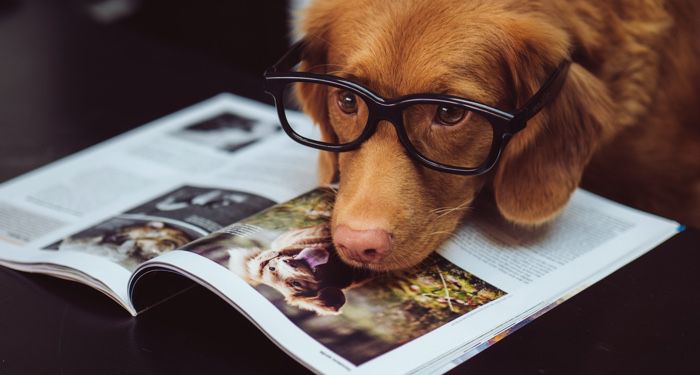 Listen, I have a puppy and she is extremely cute. Her name is Maud and she is named after Maud Wagner, a circus performer, aerialist, contortionist, and the first known female tattoo artist in the United States. Human Maud was such a badass that when a dude asked her on a date she said sure, I’ll go on a date with you — if you give me a free tattoo lesson. Later she would marry that dude, have a daughter, and begin to teach that daughter how to tattoo at the perfect tattoo-learning age of 9.

But back to Puppy Maud! She is extremely cute, as evidenced here.

She is very funny, as puppies are, and has great hobbies like trying to eat the breath of humans, sleeping on her back with her legs spread, and chewing up my books. Can you guess which of these hobbies I find the least endearing?

I can hear you all, trust me: You’re hollering at me, “Puppy-proof your house so your puppy can’t eat your books! Keep the puppy away from the books!” I’d love to! Unfortunately, but actually fortunately, my house is built of books! They are everywhere! I do make an effort to tuck them up in the ceiling, but she takes after her aerialist namesake and can swing from the rafters, no problem. Plus my husband is constantly leaving the door to our library open, which is the actual problem.

And the thing is, I’m pretty sure she’s trying to tell me something with her choice of books. Is she chewing in an effort to get help? Does she want to anger me? Is she trying to explain to me why she wants so badly to get into the litter box and eat my cats’ poop? 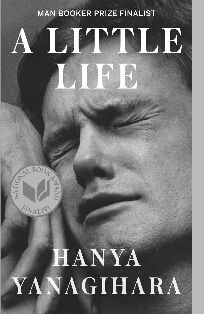 Great choice, Maud — this is an excellent book — but at first glance, I was not sure why she would be interested in it. I don’t remember a major dog influence. Was she trying to tell me that she had a history of trauma I was not aware of? No, nothing quite as on the nose as that. I finally realized that she’d actually mistaken this book for the very similarly titled A Big Little Life by Dean Koontz, a book about a dog that taught ole Deansy and his family to “live in the moment.” Silly mistake, Maud, but it could happen to anydog. 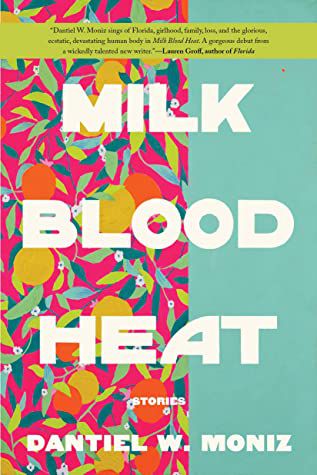 Wow, Maud, this another good choice. But she sure does like herself a depressing read, no? In case you haven’t read it, Milk Blood Heat is a collection of stories, the vast majority of which deal with violence in some way.

At first, I assumed she chose this because she wanted a little cup of milk, or maybe some blood sausage? Surely she wasn’t looking for heat as she’s a winter dog that loves the snow and hates humidity.

But then I remembered that the stories take place in Florida. My mom just moved to Florida so I can only assume this was Maud’s way of feeling close to her. Very sweet! 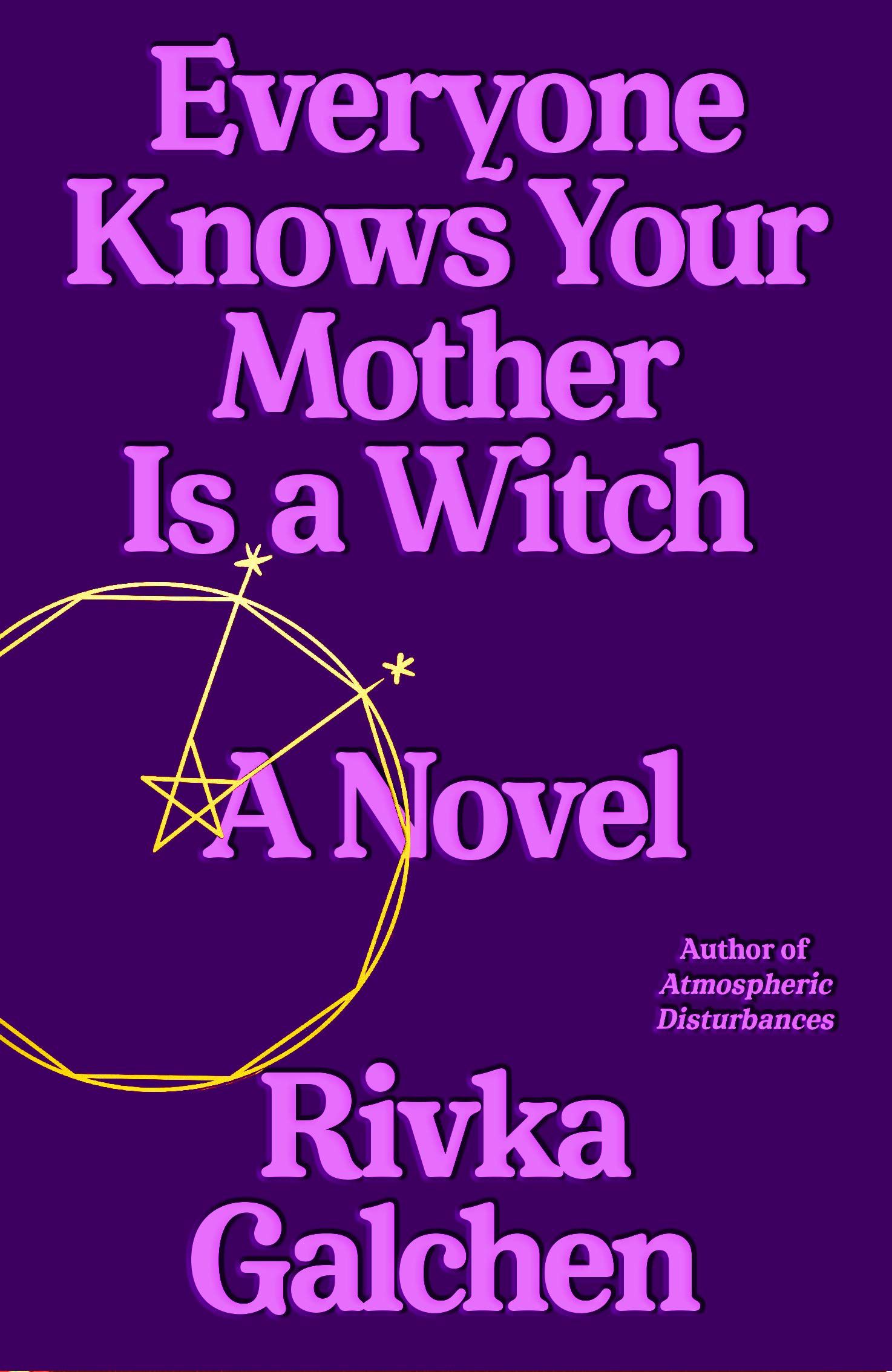 Everyone Knows Your Mother is a Witch by Rivka Galchen

Wait, wait, wait a second — am I the mother here? I’m not denying that I’m witch, it’s the “everyone knows” part that’s got me down. I thought I was being very subtle with my witchiness!

The book is about a community in 1619 that tried a woman for being a witch. She was falsely prosecuted (if you can believe it) so perhaps that’s the angle Maud felt drawn to. She probably remembers that story I told her about the time I was in elementary school and the neighbor kid snitched on me for something I didn’t do but no one believed me. I got a spanking and I got grounded! Basically the same thing as the character in this book that’s persecuted for witchhood. 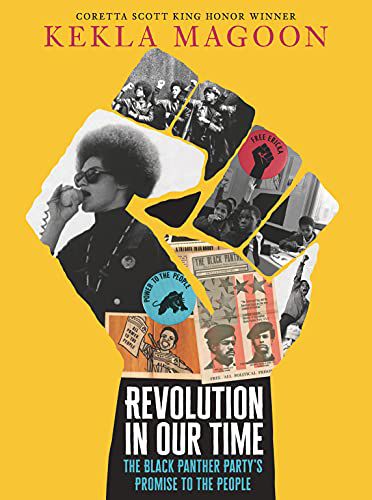 Revolution in Our Time: The Black Panther Party’s Promise to the People by Kekla Magoon

I keep thinking my puppy has great taste but then I remember that she’s only reading books I own, so I guess it is I with the good taste. Who knew!

The destruction of this one was a particular bummer because the book had a lot of great pictures in it. I’m going to guess that’s the reason Maud was drawn to it, but I’ll also guess that once she was done chewing up 20% of it, she’d gotten a great education about the history of the Black Panther party. I know I did when I read it. 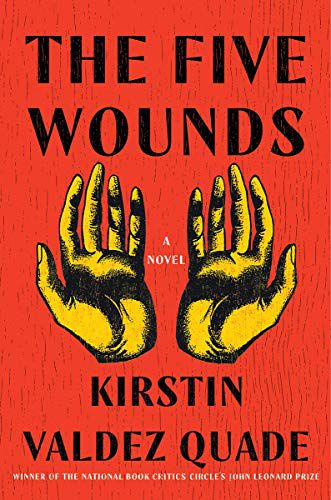 Maud has led a sheltered life — well, not “sheltered” as she’s never been in a shelter that I know of. But she hasn’t experienced much pain in her life. The worst is when her cat brothers hide around the corner and jack her in the face when she walks by. Or her older dog brother who will get tired of Maud’s constant need to play and pin her down while she wiggles.

I assume she was just curious about the types of wounds she might encounter in her future, or perhaps she liked the hands on the cover and thought they were going to give her a couple of good pets. 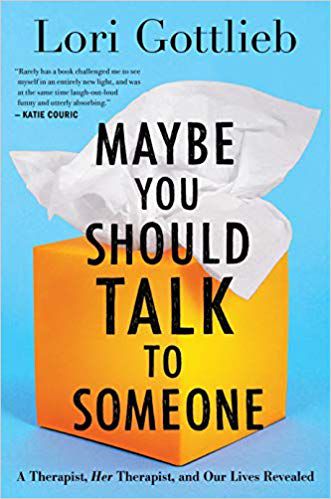 Well this one’s easy. The only thing Maud likes to eat more than a person’s breath is tissue. She probably thought she was getting into a nice juicy box of tissues when in fact it was a book!

Or maybe she’s had a harder life than I know and would like to, I don’t know, bark to someone about it? Or maybe she thinks I should get back into therapy? At a second glance, this one is not as easy as I thought!

There you have, the books she has so far nibbled on or chewed through. Does her selection really mean anything or is it all arbitrary? Perhaps someone smarter than I am can crack the code.