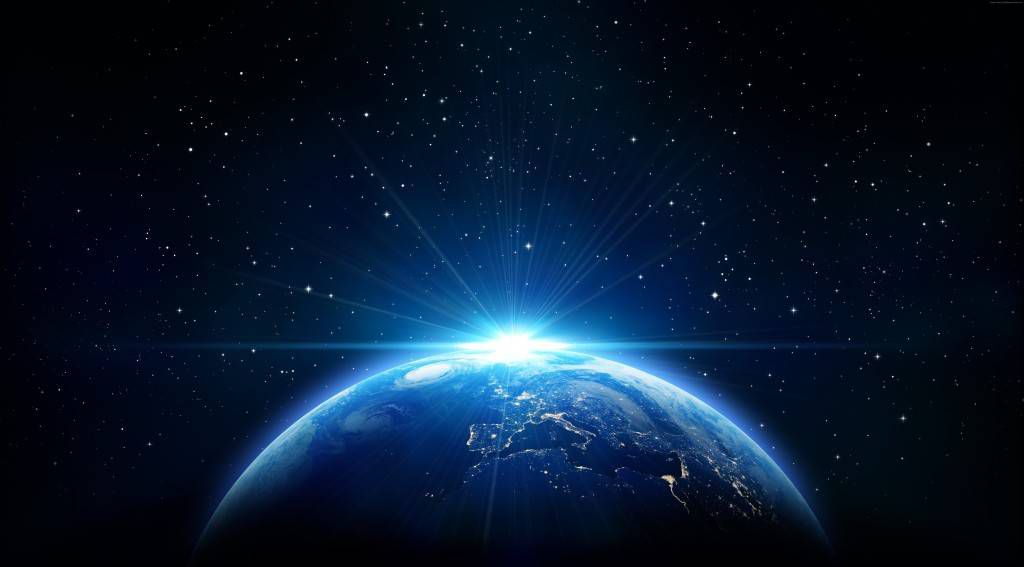 But that year. 2001. 2001! It sounded then and it sounds to me now like a kitchen of the future year, in which every house is an intricate nesting doll of conveyor belts and electric pets that walk themselves and never leave electric pee on our carpets, and that will never get hit by our neighbor’s car because by then they all will fly. Obviously.

We are right now fifteen years past that space odyssey year, and the kitchens of this future actually look a lot like the kitchens of the past and we’re still out there buying pet-related carpet cleaner. But we couldn’t stop ourselves from dreaming. We can never stop. We must never stop.

Science fiction and fantasy are humanity’s finest dream journals—a place to scribble down our towering hopes and engulfing fears and let them blend together in an imagined time and place. But the point is really to gain clarity about the present. Like all our dreams, our visionaries of the future select metaphors that we are most likely to understand and combine them in ways that surprise and illuminate but are ultimately all about ourselves and what’s happening in our daily lives.

If we may get a little old school for a moment, it’s hard to not at least mention H.G. Wells and The Time Machine. The future humanity that Time Traveler discovers like 78,000 years from my futuristic graduation year is a heightened metaphor for our qualities and basic instincts, grown separated through atrophy as we stop learning, reading, discovering, fighting to better ourselves and to survive—a cry for Victorian folks to be neither Morlock nor Eloi but to work to remain human. It’s heavy handed as a hand can get, but the genre was young. And it’s a fun book.

They made it into an (I’m going to say it, forgive me) equally fun movie in the year 1960. The ’60s had the hots for the future, maybe because the present was so rich with turmoil. The decade gave us The Einstein Intersection , which I picked up for the first time just a few days ago.

Samuel Delaney’s vision of the future doesn’t include us. We haven’t even changed or evolved—we’ve left the building, mad as Elvis, as Lo Lobey and his people would say. But blessed are the mutated aliens, for they shall inherit the earth along with our rubble, our computers, our bunkers, our efforts to have survived, and our fragmented cultural mythologies. It’s a confusing inheritance, and they do their best, but our dreams haunt them and grow through the cracks of their consciousness.

This is an obvious opportunity for Delaney to speculate what will survive from his time. Much to my pleasure and great relief, one of the first of the ancient earth myths to surface is straight out of rock and roll.

I recently attended a public reading by Chuck Klosterman of his new collection of essays called But What If We’re Wrong, which meditates in its Klostermanian way on what our present might look like to the future—how our events, ideas, beliefs, and characters might be evaluated or interpreted. Afterward, he fielded some questions. One audience member asked him to get more specific about something he briefly touched on: the idea that rock and roll will eventually get the John Phillips Sousa treatment in that it will come to be represented by a singular sound, or song, or band. “Who will our Sousa be?” they asked.

One Ringo to rule them all.

It only takes ten pages to get to the good stuff. Lo Lobey listens to La Dire as she tells him the story of a mythical Beatle who left his one true love on his search for the great rock that rolled, only he and his fellow travelers were torn apart by teeny bopping maenads that wouldn’t stop screaming their heads off at the Shea Stadiums of our lost world. The Beatle was Ringo, his love was Maureen, and the myth is Orphic in its retelling.

Since the people mover of time keeps us gingerly getting where we’re going, there is always speculative fiction that is newly just old enough to be recognizable as more past than future. The list grows. And the list is delightful.

We will keep adding dreams to that journal, and though we make our best guesses about what’s waiting for us and what echoes we might recognize from our own time, as the Beatle Who Does Not Sing would say: tomorrow never knows.

What are your favorite books about the future about the past?