A while back, I saw a tweet requesting an anthology TV series set in the world of Malka Older’s Centenal Cycle: Infomocracy, Null States, and State Tectonics.

Also, for those who want to splurge, add Null States, it’s excellent sequel.

(Me, I want to see an anthology SciFi TV series, set in the Infomocracy world, telling very different stories.) https://t.co/1imqcoQa2n

The idea has haunted and excited me ever since. And it got me wondering about the qualities a book would need to have in order to be good as the starting point for an anthology television series (like American Horror Story, American Crime Story, and the like). What characteristics mark a book that would be perfect for this format? 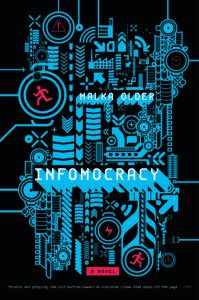 It’s pretty clear that Older’s books would in fact be ideal candidates for this treatment. In her series, Older presents a world governed by microdemocracy and structured by “Information,” a powerful agency that’s part fact-checker and part data stream (and a whole lot more than that, too). It’s a fascinating concept, and one that would be easy to spin out into a series of completely distinct season-long stories, each of which could test the boundaries and possibilities of Older’s alternative future. Cyberpunk-ish sci-fi titles like, say, Annalee Newitz’s Autonomous (set in a near future with indentured servitude, autonomous robots, and out-of-control patent laws), are packed with ideas worth testing out through different stories.

But speculative high-concept isn’t the only direction that would work. 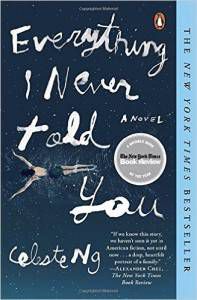 What about books where a certain kind of setting, richly rendered, becomes as much a character as any actual person? Take Celeste Ng, for example. With her first two novels, Ng has already shown how her books could lend themselves to this format. Everything I Never Told You and Little Fires Everywhere are distinct books, but they share a penchant for stories about families grappling with disintegration and destruction in richly realized suburban-ish settings. Imagine the show: each season could start with an inciting crime, could focus on a different family’s quirks and qualms, and take could take place in a distinct but similar-feeling setting. What an opportunity to map some of the various social bonds that tie suburbia and its families together. 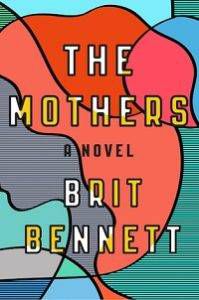 Or, along similar lines, I’d love a show taking off from Brit Bennett’s The Mothers. Bennett’s book unfurls the consequences of one young woman’s choices, all set within a particular black church community and narrated by its matriarchs. The relationship (and tension) between the church and the lives of its members is at the heart of the book, and I could imagine a fascinating anthology TV series where each season tells a different story centered around a different black church. With each season narrated by a different chorus of church mothers, and telling a different story about the people who orbit and inhabit the church, the show could be hugely compelling viewing while highlighting and exploring the range and texture of black church life in America. 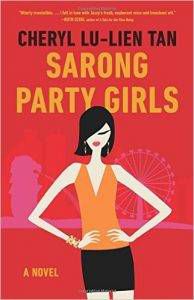 And then there are books where the mood or tone or style is so distinctive that it could recognizably structure a range of plots. Imagine a series based on Cheryl Lu-Lien Tan’s Sarong Party Girls, with its vibrant, electric style and smartly-rendered Singlish narration. Each season could tackle different characters in a different corner of Singapore, but always with the same sharp observation and charming effervescence.

Or there are those books who take such a striking, idiosyncratic approach that you just want them to inspire a series focused on a single topic but experimenting, season over season, with all manner of ways into it. Take Mohsin Hamid’s Exit West, which tells the story of the refugee crisis as one of magically opened doors and the people who choose (are compelled?) to walk through them. Now picture a series that takes refugee experiences seriously (that alone would be an accomplishment) but also experiments with narrative form and speculative elements in order to tell the story of those experiences differently, season after season. That would certainly be more compelling than yet another season of American Horror Story.

And maybe that’s really my point here. With the anthology series form taking off but for the most part not innovating much beyond that, television could use some new ideas. And where better to start than books to imagine new ways of telling stories in a range of other forms? Now we just need to get the networks on board.