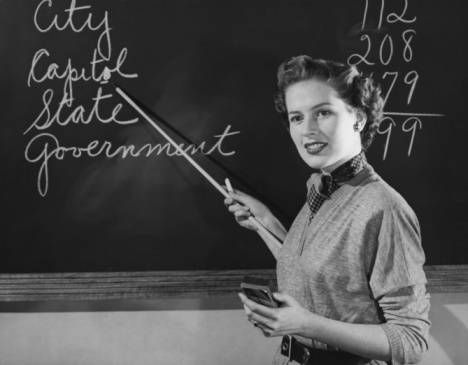 In the 2016-2017 school year, the English department at my high school piloted a new reading program. Graciously, we were given a budget for classroom libraries for all the English classrooms. The libraries were full of high interest books of varied reading levels. After some initial push back, my 10th graders bought in. My students, many of whom are on a third to fourth grade reading level, were reading silently for 25 minutes at the beginning of every class. You could have slapped me with a mackerel I was so shocked.

Inevitably over the course of the year, books went missing. I know that some of them were lost and some came back to me so damaged they’ll have to be replaced. Some of them, though, I suspect were stolen. Stolen for the best reasons: they were so beloved and needed to be read and reread and kept safe and warm. At the end of the school year, roughly 20% of my library was missing. Here’s a list of some of the most popular before they disappeared. 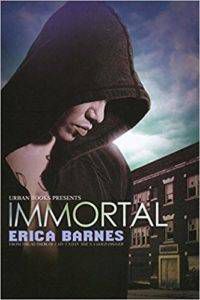 Immortal by Erica Barnes tells the story of a boy in the hood who is trying to turn his life around. He struggles with girls, family, and gang violence. This book never made it back to my bookcase. It was constantly having dibs called on it and moved from the hands of one student to another. It sparked conversations about similarities between life in the hood in the book and my student’s own experiences.

Homeboyz by Alan Lawrence Sitomer tells the story of Teddy Anderson’s life after his little sister is gunned down in the neighborhood as a result of gang violence. When no one tries to right the wrong of his sister’s death, Teddy takes matters into his own hands and things get ugly. This book was one of the ones finished most quickly. Even though it is over 300 pages, quite daunting to many of my students, it was never checked out to one person for more than a week. 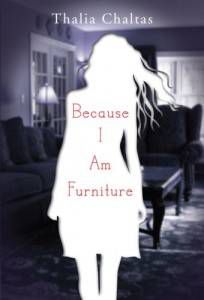 Because I am Furniture by Thalia Chatlas tells the story of teenage Anke and her abusive home life. Or lack of abuse, because while her father beats her brother and sister, Anke isn’t even worthy of abuse because she is like furniture. This book is written in verse, which makes it less intimidating to my reluctant readers. Seeing pages full of tiny words is one of the first things to turn them off from a novel. Since this one is more physically approachable and also deals with an, unfortunately relatable topic for my students, it was checked out of my library often and never made it back this spring.

Want to Go Private by Sarah Darer Littman is about Abby, a teenaged girl who doesn’t feel good enough in any area of her life. However, meeting Luke, an older guy from the internet who loves her, changes how she feels about herself. When he suggests that they meet up in person, Abby agrees. She’s knows about all the warnings from her parents and people at school about online predators, but she knows Luke. She has been talking to him for a while and he loves her. Once they meet, she’s gone. Missing. It’s up to everyone left behind to figure out what happened in order to see Abby again. This went from one girl’s hand to another with a “you have to read this, it’s crazy!” suggestion. 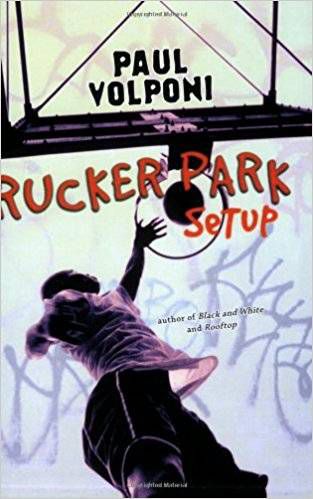 Rucker Park Setup by Paul Volponi is the story of best friends and basketball stars of Rucker Park, Mackey and J.R. When J.R. is fatally stabbed, Mackey feels responsible, even though he didn’t do it. Now he wants to get even, but with the killer watching him and the Rucker Park tournament on the line, Mackey isn’t sure he can do it. The key to getting athletes bought in to sitting still long enough to read, is to give them characters they can relate to. Volponi does a great job of telling character driven stories featuring athletes. This book grew legs and I hope found its way into another athlete’s hands to be enjoyed this summer.