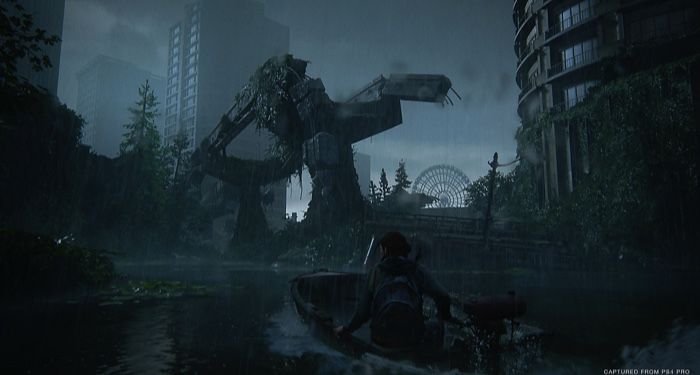 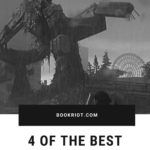 The second part of The Last of Us finally releases this month, seven years after the first game took us on a journey of revenge, healing, and clickers with Joel and Ellie. Now, with the sequel promising us another trip into the dark parts of humanity, why not pick up one of these similarly bloody beautiful books while we count down the days?

While not all of these books have zombies in them, they maintain and capture elements of The Last of Us franchise, such as family bonds, societal deterioration, and the poison that quests for vengeance can become. Joel and Ellie’s story is about survival, whatever the cost, and these books consider the cost of that goal, as well as the different apocalypses that a person may be faced with; whether its one flooded with flesh-eating monsters, or a more internal kind.

It is also worth noting that, while writing this article, discussions on the topics of labour rights and LGBTQ+ representation were provoked by the plot and playthrough footage of The Last of Us II being leaked online. While I caution you against looking into online forums or Twitter threads about the game, as they are full of spoilers and transphobia, if you are interested in a further, comprehensive breakdown of this story, both Gamesradar and Polygon have details.

Now, on with the books! 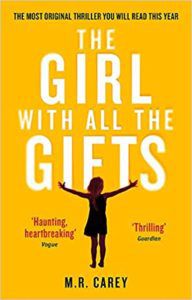 Attending lessons, eating pretty gross meals at lunchtime, admiring her teacher – Melanie is your regular middle schooler…who just happens to also be a zombie. She’s also potentially the key to saving humanity from a horrific outbreak of a mutated cordyceps virus that turns its host into lost husks, that sometimes blossom into walls of shrooms and fungus. When the research facility, disguised as a school which aims to study her and her zombified classmates, is compromised by a stampede of flesh-eaters, Melanie, her favourite teacher, a doctor, and a soldier go on a quest through their new, diseased world to find a cure.

If you’ve played The Last of Us, all of this should be ringing some bells: an infected girl that holds the secrets of saving the world who must be transported by a reluctant rag-tag team? A virus inspired by a brutal mushroom? Ethical dilemmas regarding the greater good that science may be able to reach, weighed against the cost of violent experimentation? Despite the plot of this book appearing very similar to the game’s narrative, it manages to deconstruct and dissect questions of humanity and monstrosity in more depth than The Last of Us and has a surprising, refreshing conclusion on how to ‘fix’ the state of the world. What’s more, Melanie’s relationship with her teacher is both heartbreaking and heartwarming, and as Miss Justineau grows ever more protective of her, which becomes very reminiscent of Joel’s conflicted paternal ties with Ellie. 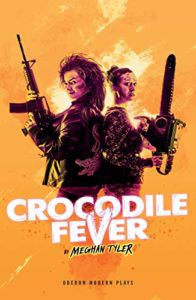 Set in 1980s Ireland, Alannah’s world of pristine kitchen floors and hidden crisp caches is rattled by the sudden reappearance of her loudmouth sister, Fianna. Released from prison, on the run from some kind of mischief, and armed to the teeth, Fianna’s attempts to challenge Alannah’s puritanical self-punishment schemes and reform a sisterly bond quickly erupt into fountains of blood, as they take revenge for their childhood traumas out on their house-bound father. Not suitable for the squeamish, this play is a darkly hilarious and gruesome exploration of the nature of violence, how we respond to trauma, and how we can lean on each other in the most inhumane of moments. Among the sawed-off limbs and inappropriate invocations of Jesus, Crocodile Fever questions if violence can ever be justified, if there are different types of violence, and if vengeance is ever the solution that it appears to be.

The Last of Us similarly tackles these conundrums, as it presents a bleak future where violence seems to be one of the only means of defending or expressing autonomy in a world where monsters are constantly coming for your throat – an idea only enhanced by the fact that it is a required action of the player to progress the story. Throughout the game, violence against infected people is considered a mercy; the killing done by bandits is portrayed as unnecessary, whereas Joel strangling people in dark corners is a brave act of protection. Joel is frequently walking the knife’s edge along the limit to which he can get away with monstrous acts while still retaining his own humanity. And with the second game shaping up to be about cycles of revenge, Crocodile Fever offers a simultaneously giddy and sickening glimpse into the price of payback that could set you up for the next part of Ellie’s journey. 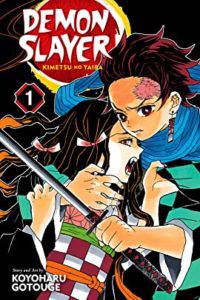 After a day trading in town, Tanjiro returns to his mountain home in rural Japan to discover his entire family has been slaughtered, with a villainous demon the apparent culprit. The only survivor of the attack is his younger sister, Nezuko, who has been turned into a flesh-eating demon. However, determined to get to the bottom of his family’s death and reverse Nezuko’s transformation, Tanjiro becomes a demon slayer and enters an underworld of monsters. There, he encounters a host of new friends and allies, both human and demon, and puts the power of sibling bonds to the ultimate tests.

Joel and Ellie’s relationship in The Last of Us is what makes the original game so special and unique, and the bond between Tanjiro and his sister Nezuko is similarly badass and moving. It’s impossible not to love the pair of them, how they work as a perfect team, and Tanjiro’s unwavering determination to prove his baby sister is as, if not more, human than his enemies…even if she does want to eat their faces off. Unlike Joel, who is gruff and cynical, the horror of Tanjiro’s adventures never manage to dampen his compassion or belief in the inherent goodness of others. Even when the world is crumbling, and even although he is adept with a sword, Tanjiro’s empathy remains his greatest superpower. I think this is a lesson we all need right now. 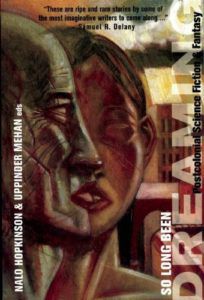 So Long Been Dreaming edited by Nalo Hopkinson and Uppinder Mehan

The Last of Us shows its players a future society where military overhaul has exacerbated poor living conditions, poverty, and public fear. Those who try to take a stand against this force are typically executed, and people often have to weigh up the choice between facing soldiers and facing zombies, with neither outcome presenting any positives. There’s a lot to be said about struggles for power, the control of information, and the failure of the state to protect its people. Zombie fiction is pretty adept at deconstructing aspects of real-world dilemmas and challenging our perspectives of our current reality, and has a long history of having great allegorical potential.

Therefore, if you are a fan of speculative fiction that investigates the foundations and webs of society with unique spins, this collection could be for you! The anthology collects multiple science fiction and fantasy stories with a postcolonial perspective on the typical tropes we associate with those genres. Featuring work by Nalo Hopkinson, Nisi Shawl, and Tamai Kobayashi, there are stories about the end of the world, of finding new worlds, of coping with loss against the backdrop of immense technological progress. This collection of sci-fi tales is perfect for people who are eager to see different and diverse alternative realities to our own.

What’s your favourite end-of-the world story? If you’re keen to get your hands on more apocalyptic fiction, we’ve got a list of the best ones of 2019 worth hunkering, or bunkering, down with.