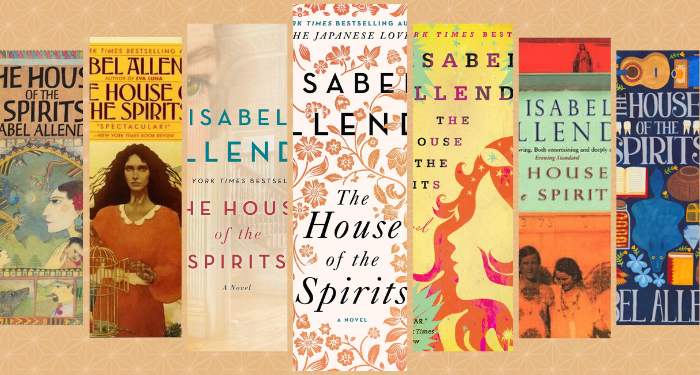 Chilean American author Isabel Allende’s debut novel, The House of the Spirits, is a classic of world literature, feminist historical fiction, and magical realism. Originally published in Spanish in Argentina in 1982, it has won awards, been adapted into a movie, and translated into over 20 languages. The novel follows four generations of the Trueba family. Set in an unspecified South American country, it parallels the history of 20th century Chile, including characters resembling military dictator Augusto Pinochet and poet and politician Pablo Neruda. If you’re looking for more books like The House of the Spirits, you can get started with this list.

Allende’s father and stepfather were both diplomats, and her godfather, Salvador Allende, was the first socialist president of Chile. Pinochet’s coup, which ousted Salvador Allende, had a huge impact on her family.

Magic realism, or magical realism, is a Latin American literary movement that subverts European realism and colonialism by incorporating supernatural beliefs and elements. Many authors outside of Latin America write genre-bending books with fantasy elements. Some authors classify these works as magical realism. Some refer to them as slipstream, fabulism, or surrealism instead. As Anne Mai Yee Jansen pointed out on Book Riot in 2021, what is considered magical or unreal in one culture or religion might be a central belief in another, so the label is often contested.

The House of the Spirits fictionalizes and weaves together history, social class, feminism, and supernatural beliefs. Its many haunting images and symbols — such as ghosts, caged birds, mermaids, and Clara’s visions of the future — blur the line between fantasy and reality. If you also love magical realism, unforgettable imagery, multi-generational epics, feminism, or historical fiction, check out these books like The House of the Spirits below. 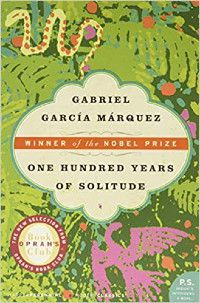 This 1967 Colombian novel is a major work of magical realism and the Latin American Boom of the 1960s and ‘70s. The story of José Arcadio Buendía, founder of the fictional town of Macondo, combines its dreamlike images of mirrors and butterflies with real history. The novel influenced Allende and countless other writers. However, instead of relegating women to background, Allende wanted to focus on her female characters and how the patriarchy and political changes affected them. 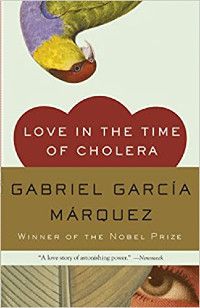 Love in the Time of Cholera by Gabriel García Márquez

First published in Spanish in 1985, this novel tells the star-crossed, 50-year love story of Florentino Ariza and Fermina Daza. Fermina has psychic moments, but the magical realism is more subtle than in One Hundred Years of Solitude. Some readers consider this one of the most romantic books of all time. Some readers think it shows how romantic love can be overly idealized and illusive. It also has a fascinating narrative and an unforgettable opening sentence.

This 2021 novel is set in the tiny, hidden town of Four Rivers, Ecuador, where magic occurs with no explanation. The family home and the town itself seem to appear overnight, and people can transform into trees. The narrative alternates between several generations as matriarch Orquídea Divina’s descendants unravel their family’s gifts and curses. 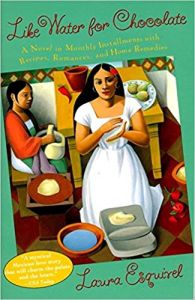 Esquivel’s debut novel was first published in Mexico in 1989 and adapted into a movie in 1992. The protagonist is a young woman nicknamed Tita, whose abusive mother has forbidden her from marrying. Tita is an excellent cook, and her food conveys all her emotions to other people, from anger to romantic passion. The book contains Tita’s recipes. It has been very influential in the magical realist mode and beyond.

Some Magical or Fabulist Elements 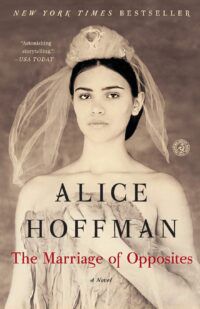 Like Allende’s books, this novel fictionalizes real historical figures and makes visions, romantic love, and religion integral to the story. It follows three protagonists: Rachel, Jacobo, and Lyddie. Rachel’s Jewish ancestors escaped from the Inquisition in Spain centuries earlier and settled on the island of St. Thomas. Rachel’s son, Camille Pissarro, will grow up to become one of the first Impressionist painters. This exciting novel takes us from the Caribbean to Paris and conveys the magic of art and romance. 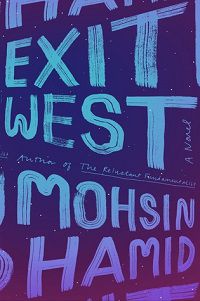 In an unspecified country, probably somewhere in Southwest Asia, Nadia and Saeed meet and fall in love. War and a new, repressive regime make life too dangerous for them — especially an independent young woman like Nadia. With no explanation, magical portals appear, transporting them out of their home country. This is a unique perspective on the lack of choice and control refugees and immigrants have over their lives, as well as the way relationships change. 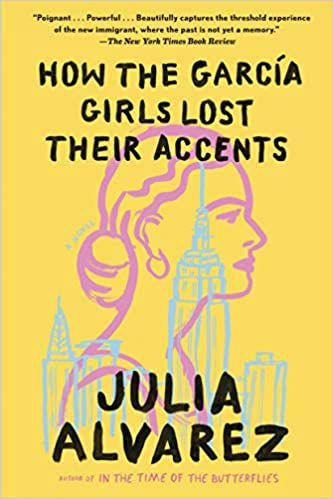 How the García Girls Lost Their Accents by Julia Alvarez

This collection of interconnected short stories is narrated in reverse-chronological order. It follows each of the four sisters over 30 years. It culminates in the family fleeing the Dominican Republic to escape Trujillo’s dictatorship. Most of this book is a realistic, historical, coming-of-age novel, with some subtle, magical elements. One sister, Sandra, fears her own artistic talent after her paintings appear to have supernatural powers. 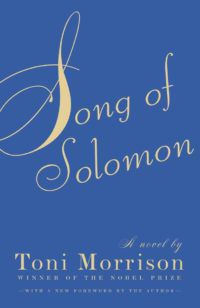 The story of multiple generations of Macon “Milkman” Dead III’s family uses Biblical imagery and also draws on African American folklore. As mentioned in Toni Morrison: The Pieces I Am, the 2019 Hulu documentary, enslaved Africans told folk tales about enslaved people flying back to their homelands. Some versions of the folk tale equate flying with death, but this novel is more ambiguous, making it seem possible to fly. 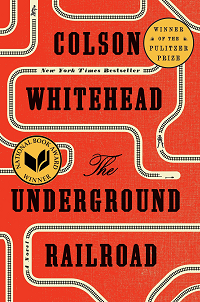 This genre-bending speculative novel takes place in an alternate 19th century U.S., where The Underground Railroad is literally a railway system. It won the Pulitzer Prize for Fiction, the National Book Award for Fiction, and the Arthur C. Clarke Award. Whitehead drew on SFF literature and U.S. and world history to imagine Cora’s escape from enslavement and her journey in strangely familiar U.S. states.

Outside the Mode of Magical Realism 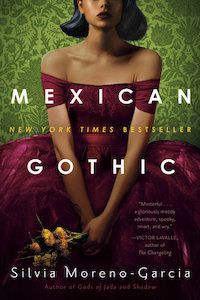 This genre-bending, historical horror novel follows Noemí Taboada, a young, Mexican socialite in the 1950s, as she attempts to rescue her cousin from a house called High Place. Like in The House of the Spirits, mining, abusive patriarchs, surreal visions, and the macabre are integral to the story.

The horror elements in The House of the Spirits are underrated. There are some horrifying scenes involving Rosa’s corpse, beginning with her autopsy on the kitchen table. This is one of the reasons the book has been challenged. Esteban Trueba is an abusive patriarch who is violently controlling towards his daughters. 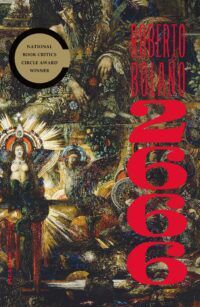 Chilean novelist Roberto Bolaño, who died in at age 50 in 2003, derided magical realism. His work is postmodernist, not magical realist, blending historical fiction, mystery, and literary satire. Along with Allende, he’s one of the most famous Chilean-born novelists and one of the most frequently translated into English. 2666 has multiple storylines and an apocalyptic mood. It’s divided into five sections. One of these relays the murders of 112 women in Santa Teresa, a fictitious city in Mexico. It critiques the desensitized and incompetent investigators. 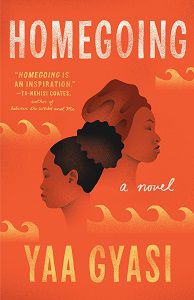 This 2016 historical fiction novel has no fabulist elements, unlike other books on this list. It follows two sisters in 18th century Ghana and their descendants, from Africa to enslavement, the U.S. Civil War, and the jazz age to the present. However, I’ve included it because it’s one of the best multi-generational novels I’ve ever read, with vivid characters and settings. It’s a must-read for the connections between relatives, particularly the female characters.

Do you want to learn more about Isabel Allende’s prolific writing career? Or would you like more magical realism recommendations? How about the connections between Encanto and magical realism?

If you’d like to get more recommendations based on your favorite books, check out Tailored Book Recommendations (TBR), take a short survey on your reading tastes, and then subscribe to get personalized book recommendations from professional Bibliologists!