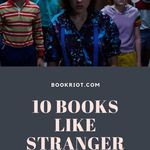 Have you already finished season 3 of Stranger Things? Are you now looking for books like Stranger Things to tide you over while you read fan theories and (im)patiently wait for season 4? Look no further. We’ve got your back. 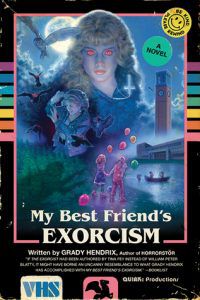 If you’re looking for ’80s nostalgia and a story in which friends work together to fight off supernatural forces, look no further than this totally rad novel. When Abby’s best friend Gretchen begins to act strange, Abby is convinced her friend has been possessed by a demon. But no one else believes her, so Abby will have to rely on the power of friendship to save Gretchen from the clutches of the devil. Come for the demonic possession, stay for the wonderful representation of young female friendship. Here’s hoping Max and El from Stranger Things can grow to be friends as loyal as Gretchen and Abby. 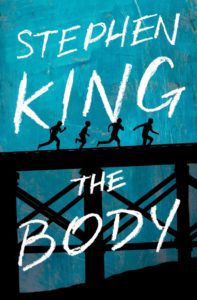 2. The Body By Stephen King

There are many Stephen King novels one could suggest here in connection to Stranger Things. The television series clearly takes some of its inspiration from King’s work. You could read Carrie if you’re looking for another story about a young girl with supernatural abilities. Or check out It if you want to read about a band of young friends who has to fight against a supernatural monster. Ultimately, this 1982 novella is the best King novel for fans of Stranger Things because of its focus on friendship and coming of age. And yes, the nostalgia factor is high, although King’s nostalgia focuses on the 1950s rather than the 1980s. 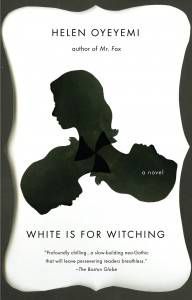 3. White is for Witching by Helen Oyeyemi

White is for Witching is the story of fraternal twins Miranda and Eliot Silver who live in a bed and breakfast in England with their father. But this is no ordinary bed and breakfast; the house is controlled by supernatural forces that have haunted the women in the Silver family for generations. The longer Miranda stays in the house, the more she feels linked to the house’s strangeness. And the more it begins to eat away at her. Fair warning: the subject matter of this novel is far darker than that of Stranger Things, but the lead character who is coming of age while discovering horrible dark magic secrets all around her definitely gave me Stranger Things vibes. 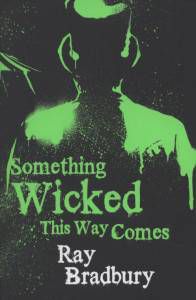 4. Something Wicked This Way Comes By Ray Bradbury

Jim Nightshade and William Halloway are two 13-year-old best friends (around the same age as the kids in Stranger Things). When a strange carnival rolls into town, the two boys become wrapped up in the mystery. They soon find themselves in a terrifying fight against evil forces beyond what they could have imagined. This is a novel is a classic coming-of-age tale with a dark twist that should satisfy Stranger Things fans.

5. The Power by Naomi Alderman

What if every young girl in the world suddenly had powers similar to the ones El has in Stranger Things? This is the premise of Naomi Alderman’s novel. In the world of The Power, Alderman imagines a future in which women have superpowers and are able to use electric currents to control men and essentially take over the world. If you’re looking for a book like Stranger Things that’s also an interesting examination of gender and feminism, this is your novel. 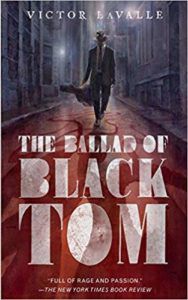 6. The Ballad of Black Tom by Victor LaValle

Stranger Things is a TV series that owes a lot Cthulhu mythology. And so this list would not be complete without something Lovecraftian. This novella is LaValle’s retelling of H.P. Lovecraft’s “The Horror at Red Hook.” When Charles Thomas Tester delivers an occult tome to a reclusive woman in Queens who turns out to be a sorceress, he unwittingly opens up the door to dark magic, awakening the Sleeping King. 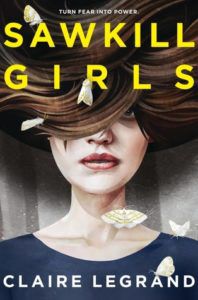 In the small island of Sawkill Rock, teenage girls are disappearing, and the police seem unable (or unwilling) to do anything about it. That’s why three girls, Marion, Zoey, and Val, who are all connected to the disappearances for different reasons, decide to take matters into their own hands. This book has a lot going for it that makes it similar to Stranger Things. A secret organization that studies strange monsters from other dimensions? Check. Young teen friendship? Check. Girls with supernatural powers? Check. A small town with dark secrets? Check, check, check.

8. Let the Right One In by John Ajvide Lindqvist

Let’s jump back into the 1980s with this novel, a dark atmospheric vampire story set in Sweden in the early 1980s. At the center of the story is Oskar, a 12-year-old boy who befriends a young vampire child named Eli. While Eli is much deadlier than El, the bond between Oskar and Eli is very reminiscent of the friendship-turned-romance between Mike and El in Stranger Things. 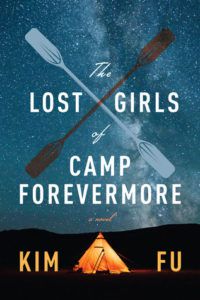 9. The Lost Girls of Camp Forevermore by Kim Fu

If what you love most about Stranger Things is the childhood friendships, the coming-of-age storylines, and/or the concept of kids working together to survive against the odds, you have to check out The Lost Girls of Camp Forevermore. In this character-driven story, five girls get lost while camping in Camp Forevermore, and we follow each girl’s journey as they survive this shared traumatic childhood experience and move on to become adults with their own successes and failures. 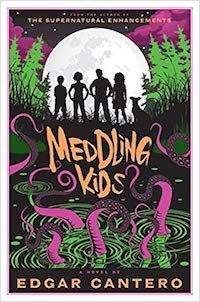 Meddling Kids is a perfect mash up of Scooby Doo, H.P. Lovecraft, and Hardy Boys, and yes, it’s also got that nostalgic feel that us Stranger Things fans can’t help but love. A group of kids who call themselves Blyton Summer Detective Club solved their last case in 1977. Or so they thought. Now, the year is 1990, and each member of the group is dealing (or not dealing) with their childhood trauma in different ways. Kerri experiences night terrors, Nate is institutionalized, Amy is practicing denial, and Peter has unfortunately died from a drug overdose. All of them are haunted by that last case and the awful feeling that they got it wrong. The time has come to get the team back together and revisit old ghosts to figure out what really happened all those years ago.