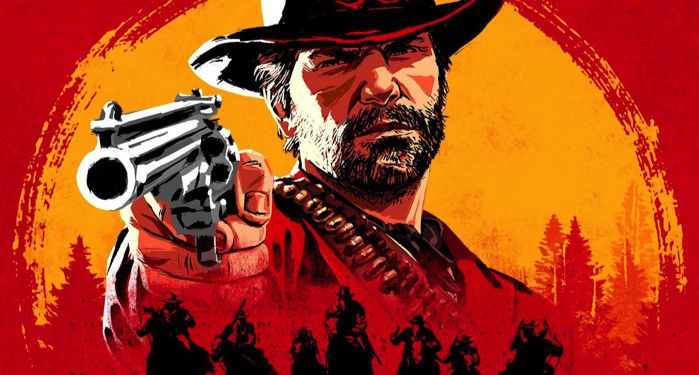 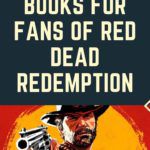 Red Dead Redemption, and especially the sequel* Red Dead Redemption 2, are something of a cultural milestone in video games. They’re also just really fun, especially if I don’t think too hard about the occasionally appallingly bad storytelling. (In a game called Red Dead Redemption, perhaps it would be nice if actually letting your character redeem himself were an option???) I enjoy watching someone else play more than playing myself, personally, but playing can be really, really fun. Westerns are my problematic fave, and I enjoyed making this list of books like Red Dead Redemption (2, mostly) to read when I can’t convince my husband to play.

A bind-up of their novellas River of Teeth and Taste of Marrow, with additional new stories, American Hippo is THE alternate western of my heart. In an alternate 1890 U.S., Winslow Houndstooth gathers a crew of the “damnedest cons, outlaws, and assassins to ever ride a hippo” and attempts to pull off a heist.

Anything for Billy by Larry McMurtry

An alternate version of the popular story of Billy the Kid, this is my favorite book ever written by master of the western genre Larry McMurtry. 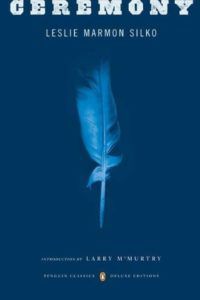 After World War II, Tayo returns to the Laguna Pueblo Reservation where he tries to cope with the horrors of his wartime experience and rejection from his people. This novel is set later than most of the others on this list, but it is vital to look at native perspectives on the west, regardless of time period.

This anthology of weird western stories includes steampunk, aliens, and other fantastical western shorts by a variety of authors including Laura Anne Gilman and Ken Liu.

Tombstone, Arizona, 1881. This is perhaps the single best portrayal of the events at the O.K. Corral, an unflinching western that makes real events feel fresh.

This classic novel tells the story of Fools Crow, a medicine man and warrior of the Lone Eaters, a small band of Black Feet in Montana territory who are dealing with the encroaching white migration west.

In an alternate west, a group of young women escape from sexual servitude in a welcome house after one of them kills a man in self defense. On the run, they search for a legendary woman who can remove the marks that identify them.

Marshall Clay Jensen, reeling from a breakup with the fairy who was the love of his life, is cursed by a witch and has to search for the cure with the help of his best friend Doc Irene and his ex-girlfriend’s sister Adelaide.

I chose O Pioneers over My Antonia (my favorite Cather novel) because the latter is longer and more laconic in its storytelling, while O Pioneers has a desperation that is more like the pace of Red Dead Redemption. Nothing much happens and then everything happens.

The Sixth World by Rebecca Roanhorse

In Trail of Lightning and the sequel Storm of Locusts, Maggie is a Dinétah monster hunter in a futuristic west, working as a bounty hunter and taking jobs looking for a missing girl and investigating a cult.

This collection of steampunk short stories feels right at home in the world of Red Dead Redemption, where it always feels—at least to me—like magic is just out of sight but definitely there, waiting below the surface of the game world.

Yes, I am including two books by Sarah Gailey (three if you want to get technical, since American Hippo is a bind-up). Their westerns are just that good! This is another futuristic story that feels like the old west. Esther stowed away on the librarian’s wagon to get away from an arranged marriage after her best friend and secret lover was hanged for being part of the resistance. Little does Esther know, the librarians lead the resistance…and they’re queer, like she wishes she weren’t.

If your favorite part of the game is collecting the plants and flowers, we are kindred spirits. Call me. (Don’t call me, I only use the telephone to talk to my mother and my best friend.) But for real, I love the collecting missions in these games! And although the map is fictional, it is undeniably based on the American Southwest.