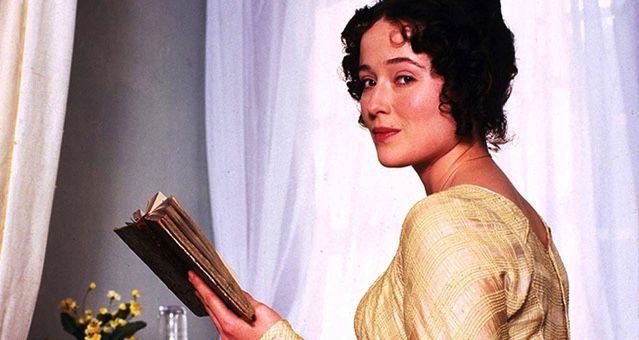 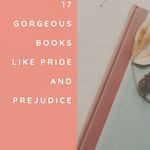 Finished the classic novel by Jane Austen and not sure what to read next? It can be tough to find a love story that lives up to the relationship between Elizabeth Bennet and Mr. Darcy. Luckily, these 17 books like Pride and Prejudice might just give you what you’re looking for! From Regency-era novels to retellings, these books are sure to re-instill your belief in true love. 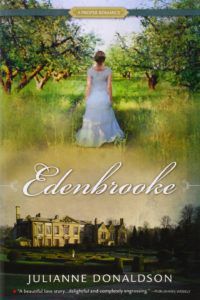 Marianne Daventry would prefer not to marry, if possible—and certainly not with the suitor showing her unwanted attention. So an invitation from her sister Cecily to live at her country estate seems like the perfect escape. But her dreams of a peaceful summer are dashed when the Edenbrooke estate brings intrigue, mystery, and maybe even romance into her life. Courting anyone isn’t what Marianne had in mind for her vacation, let alone her summer. But can she stop her heart from falling in love?

This modern retelling of Pride and Prejudice follows a Muslim Canadian woman named Ayesha as she discovers herself and falls in love. Ayesha is nearing the end of her 20s and, as she is still unmarried, her mother is always on the lookout for a man worthy of marrying her daughter. But Ayesha isn’t as interested in her marriage prospects. She has a fulfilling job, good friends, and sisters who she cares about. What more could she possibly want? Until, of course, she meets Khalid. 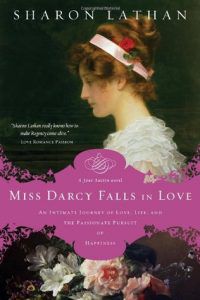 Now that Mr. Darcy’s found his happy ending, it’s time to tell Georgiana’s story! An accomplished pianist, Georgiana’s greatest passion in life is her music. As she embarks on a tour across Europe, she discovers that there’s so much more to the world than she ever saw at her English estate. But it is Paris where she’ll discover both love and loss beyond what she could have dreamed of. When two men—both opposites—catch her attention, they become bitter enemies. Georgiana knows that she can only marry one, but how can she break the heart of either when she cares so much about them? 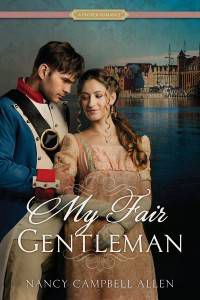 If you’ve ever wanted to read a Regency take on My Fair Lady, this is the perfect book for you. Jack, an accomplished seaman, wants nothing to do with his grandfather, the Earl of Stansworth. He’d rather spend his time exploring the far reaches of the ocean than with society. But when his grandfather dies, Jack inherits his estate, title, and wealth. He accepts the title to take care of his sister and mother, even though it means putting his seafaring dreams on hold. And while he’s less-than-interested in life as an aristocrat, he admittedly can’t help but fall for his charming new tutor. 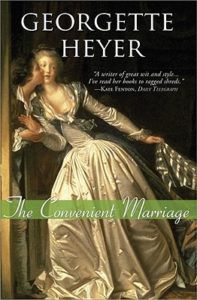 The Convenient Marriage by Georgette Heyer

Horatia Winward knows that, in her community’s eyes, she’s considered the least attractive girl in her family. Men tend to judge her before they get to know her because of her stutter. But then the Earl of Rule proposes to her oldest sister, which would financially save her but break her sister’s heart. So Horatia steps up to marry the Earl in her sister’s place. But Horatia is shy and has never courted someone before. How can she convince the Earl to fall in love with her when there is so much she doesn’t love about herself? 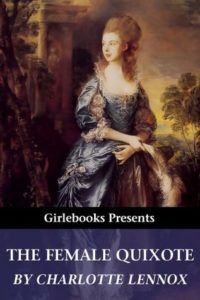 The Female Quixote by Charlotte Lenn

Arabella, the daughter of a marquis, is obsessed with romance novels. She longs to live out the tales of adventure, passion, and love that the heroines in her favorite books seem to just happen upon. But reality, unfortunately, tends to be duller than what she reads on the printed page. No matter: Arabella decides to take matters into her own hands and turn her life into a romance—even if it’s at the detriment of herself and everyone she loves. If you’ve ever wondered what it would be like if Jane Austen and Miguel Cervantes wrote a book together, wonder no more! 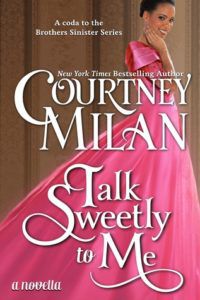 Talk Sweetly to Me by Courtney Milan

Miss Rose Sweetley, the daughter of a shopkeeper, is a mathematician who dreams of studying the stars. Unlike some in her community, she prefers a life of simplicity and quietude to one of drama. But when the flirtatious and enigmatic advice columnist Stephen Shaughnessey takes an interest in her, she’s shocked to have found someone in her town interested in her mathematical projects. And the more she gets to know Mr. Shaughnessey, the more she realizes there’s more to him than his reputation. 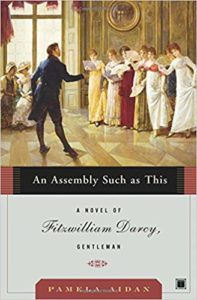 An Assembly Such As This by Pamela Aidan

Who hasn’t wondered what Pride and Prejudice would look like written from Mr. Darcy’s perspective? An Assembly Such As This explores just that. When Fitzwilliam Darcy visits his friend Charles Bingley in Hertfordshire, he doesn’t expect to unwillingly fall in love. Especially not with Elizabeth Bennet, to whom his attraction is…complicated. And to make matters worse, his old nemesis George Wickham has taken an interest in Elizabeth, too. This novel takes the classic love story and gives it a fresh voice as readers view it through Mr. Darcy’s eyes. 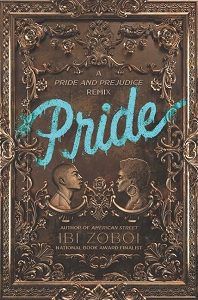 Zuri Benitez is proud of her Afro-Latino heritage, as well as her home in Brooklyn and her large family. What she doesn’t like is the gentrification process threatening to make her neighborhood unrecognizable. When the wealthy Darcy family move in across the street, Zuri decides before she even meets them that she doesn’t want them anywhere near her home. When she meets their arrogant and equally proud son Darius, this decision seems to be justified. But as she gets to know Darius, feelings that neither of them want to admit start to blossom. 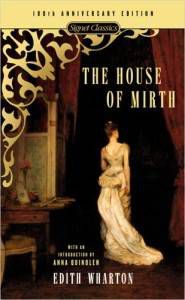 Twenty-nine-year-old Lily Bart is looking for marriage in New York City — specifically a rich one. No longer are aristocrats the only people who comprise the upper class. The nouveau riche, whose families made their fortunes in railroads or banking, are just as wealthy as “old money” families, and the aristocrats aren’t happy about it. Lily wants to find a husband, but is caught up in the midst of a scandal. When she’s accused of being the mistress of a married man, her reputation goes up in flames. This dark comedy offers a satirical look at upper-class values in a way that’s reminiscent of Jane Austen’s work. 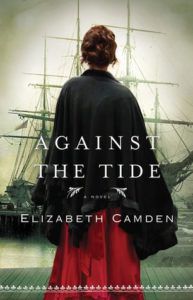 Against the Tide by Elizabeth Camden

Lydia Pallas works as a translator for the U.S. Navy, a job that she finds great meaning in. She loves working with languages and living near the Boston Harbor. When Lieutenant Alexander Banebridge enlists her help, she can’t wait to start her newest project—even though the Lieutenant somehow both charms and annoys her at the same time. But Lydia soon discovers that there’s more to this assignment than she initially realizes. As she begins to fall for Banebridge, she becomes entangled in a plot connected to the opium wars. 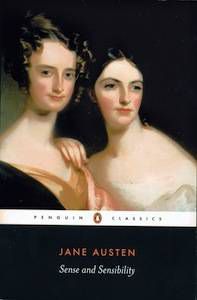 If you already adore Jane Austen’s writing style, why not stick with what you love? Marianne Dashwood can’t help but fall hopelessly in love with the charming yet somewhat inappropriate John Willoughby. Her sister Elinor worries about her sister’s sudden romantic endeavors while simultaneously longing for love to enter her life. As both sisters pursue love and the consequences that come with it, they learn that it’s important not to lose yourself or your reason in the pursuit of a romantic partner. 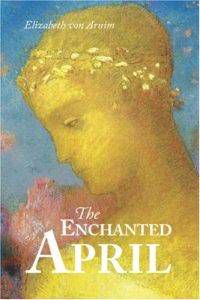 Four women respond to an ad for a vacation in a small Italian castle an an attempt to escape the gloomy London weather. The warm weather in the Mediterranean does each of them good but causes each of them to have a realization: none of them are happy in their marriages. This vacation gives them a needed break from their problems at home, but how can they take the happiness they’ve found here back to London? Together, they find ways to resolve their issues at home in a comedy of manners that’s reminiscent of Austen novels. 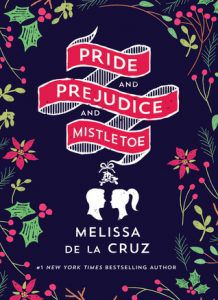 Nothing better to get in the mood for the holidays than a gender-swapped Pride and Prejudice retelling! Twenty-nine-year-old Darcy Fitzwilliam isn’t remotely interested in long-term relationships, thank you very much. Nor does she want to spend more time in her hometown of Pemberley, Ohio, than she has to. But when her mother suddenly falls ill, she goes home for Christmas so she can help care for her family. Here she meets Luke Bennet, the snarky son of her neighbors, and is equally repelled and attracted to him. What begins as a brief fling soon develops into a romance—against both of their preferences. 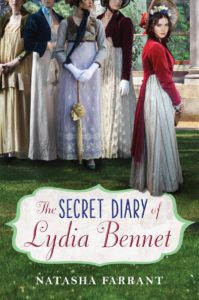 The Secret Diary of Lydia Bennet by Natasha Farrant

The youngest daughter in a family of five, Lydia learned early in her life how to make her voice heard. She’s outspoken, impulsive, and seems to want the opposite of what her family thinks is best for her. When she befriends the attractive George Wickham, she decides that she will marry him. Whether he’s interested in such a proposal or not is irrelevant, at least for the moment. But will this give her the freedom she’s always longed for? Or is there more in store for Lydia’s future than she thinks that she desires?

Editor’s note: The description for House of Mirth mischaracterized Lily Bart as being wealthy. It has since been corrected.

Need more romance books like Pride and Prejudice in your life? Check out these lists for more book recommendations:

Want someone to pair you with new books based on your favorite reads? Check out our TBR (Tailored Book Recommendations) service! It’s like Stitch Fix…for books!