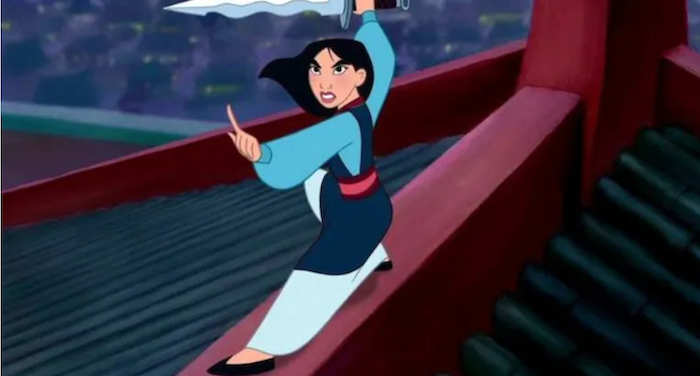 In 1998 Disney released the animated film Mulan. American audiences were introduced to the story of Fa Mulan for the first time, including some Asian Americans who had never heard of this Chinese heroine before. They were thrilled at seeing themselves on screen, at having their turn with their stories splayed across billboards and at the box office. They were thrilled to participate in the creation and the sharing of culture.

Then in 2020, Disney released the much-anticipated live action version of Mulan following similar remakes of the animated classics like Cinderella, Beauty and the Beast, Aladdin, and The Lion King. Disney hired sensitivity readers, consulted Chinese culture experts, and made sure their interpretation of the Ballad of Mulan, written over 1,500 years ago in China, would not offend but would entice millions of viewers overseas and in the states.

The release was fraught with difficulties. Overseas viewers decided they didn’t like it (it was too American), the American release was an agonizing and anti-climactic event dragged out over months due to the pandemic, the glory of the story was overshadowed by international politics (the lead actress revealed support for Chinese suppression of pro-democracy protests in Hong Kong), and some of us still wonder why the producers could get great Asian actors but couldn’t secure even one Asian screenwriter to be on their all-white screenwriting team?

Aside from all the political drama, what about the story itself? What about the cultural history and the message of Mulan, our beloved woman warrior? We still loved it, dang it! And we want more. If that’s you, your family, or your classroom, and you just want more Mulan, our empowering role model, here are some to add to your bookshelves. 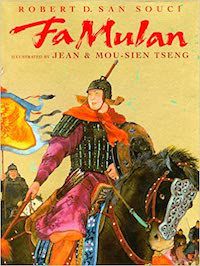 Beautiful artwork with a story that stays faithful to the original ballad. The paintings are gorgeous, like a Chinese scroll, and are an effective antidote to overly modernized versions of this ancient story. Themes like filial piety are preserved in this version and the author even includes endnotes for sources and historical context. Perfect for those who loved the movie yet want a more cultured and educational dive into the history. As a side note, Robert D. San Souci’s story is listed in the credits for the 1998 animated Mulan. 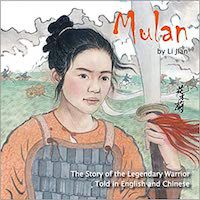 Mulan: A Story of the Legendary Warrior Told in English and Chinese by Li Jian, Translated by Yijin Wert

A more traditional telling of the legend, this book tells of how Mulan became a soldier for the love of her family. She somehow moves between the female sphere and the male sphere with ease. Not much is dramatized in this simple telling, just like the original Ballad. It’s merely fact that Mulan rose to the occasion with the support of her family, did her duty, and came back to the acclaim of her country. Respected by the emperor, by soldiers, by her village, and by her family, she becomes a national hero. Written in dual languages, grandparents (or fluent parents) can read this version in Chinese to the kids. 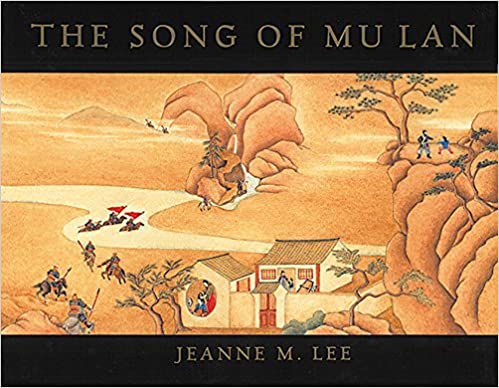 The Song of Mu Lan by Jeanne M. Lee

A standout picture book for its carefully painted depictions that are faithful to Chinese art traditions. Period details are spot on. The author-artist sticks closely to the ancient text and honors the original poem with original calligraphy by her father. This picture book also features dual languages, English and Chinese. The stunning artwork is a poem in itself. 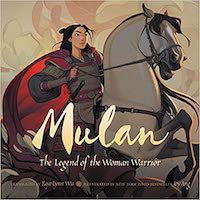 Mulan: The Legend of the Woman Warrior Translated by Faye-Lynn Wu, Illustrated by Joy Ang

Though the illustrations are done in a digital, modern animation-style, the text is still faithful to the traditional storyline. The story is told in English only but the actual ballad is printed in Chinese on the final page. Each page has a highly cinematic quality for those who like that style. 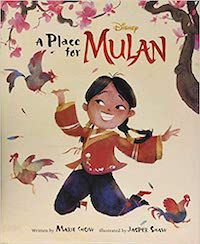 A Place for Mulan by Marie Chow and Jasper Shaw

The author has put her own spin on the traditional storyline and taken creative liberty with Mulan, just as Disney does. This story takes the idea of Mulan’s individuality—of her not fitting in to traditional stereotypes of girls—and paints her as an exuberant child with endless curiosity and energy who doesn’t thrive in the domestic sphere but blossoms in the spirited outdoors. A great message of self-acceptance. I loved this book. 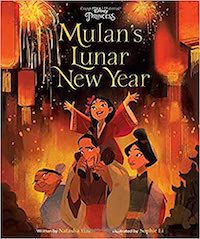 This book follows the life of 7-year-old Mulan as she goes about preparing for the Lunar New Year with her family. In keeping with Disney’s version of the story, Mulan is a spirited but clumsy girl who tries to help out but encounters all sorts of mishaps. This book is wonderful for those who loved the movie and also want to celebrate the Lunar New Year with Mulan. 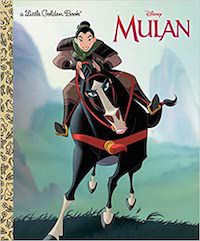 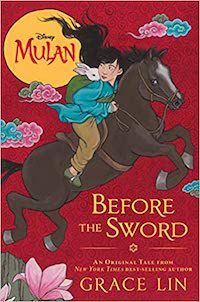 Mulan: Before the Sword by Grace Lin

This novel is Disney’s prequel to the movie and it happens to be excellent. Grace Lin is a skilled storyteller who weaves an adventure-filled backstory for Mulan before she becomes the fated woman warrior we all know her as. Mulan must find a cure for her sister who was poisoned by a spider, and embarks on a quest with the legendary Jade Rabbit in search of an antidote. My kids loved this original tale from one of their favorite authors. 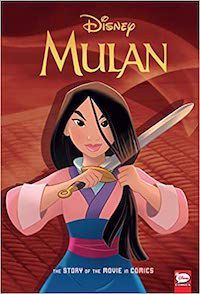 Mulan: The Story of the Movie in Comics by Gregory Ehrbar, Bob Foster, and Mario Cortes

For those who love comics and want the movie retold in comic form, this version is well-adapted. 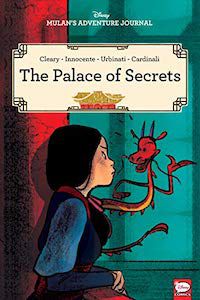 This graphic novel is the thoughtful and creative endeavor of multiple writers and artists as they spin a story around Mulan in a new adventure. After an assassination attempt is made on the emperor’s life, the heroine goes undercover as a guest at the Imperial Palace to discover who is plotting treason. The graphic novel is interspersed with Mulan’s own journal so we finally get to see and hear the interior thoughts and feelings of the woman herself.