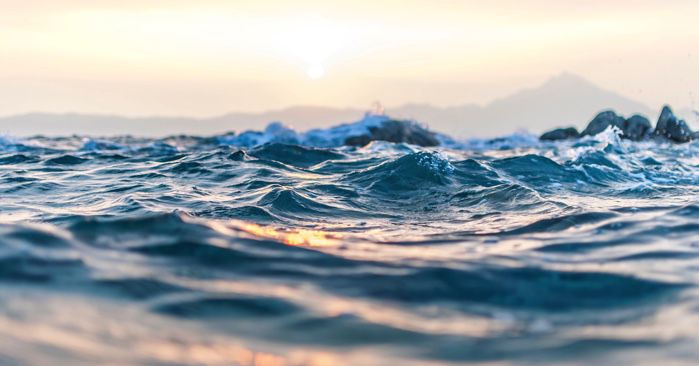 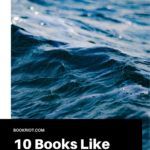 I don’t know if I love Moby-Dick or even really want to read other books like Moby-Dick. It’s long, it’s very masculine, there are long descriptions of ships, and it’s oddly obsessed with whiteness.  It’s not my kind of book, but what I was struck with very quickly—basically, when I first creased the spine of the epic tome—was the humor. Ishmael is funny and melodramatic.

The first page of the first chapter has a quote that reads:

“Whenever I find myself growing grim about the mouth; whenever it is a damp, drizzly November in my soul; whenever I find myself involuntarily pausing before coffin warehouses, and bringing up the rear of every funeral I meet; and especially whenever my hypos get such an upper hand of me, that it requires a strong moral principle to prevent me from deliberately stepping into the street, and methodically knocking people’s hats off—then, I account it high time to get to sea as soon as I can.”

Ishmael’s overwrought emotions, his “drizzly November” soul and the “coffin warehouses” caught me and dragged me aboard. It was funny. It was angsty. Ishmael felt like a character that could’ve been pulled from a contemporary novel. And once I was introduced to the humor, I was able to feel fully engrossed in the story of Ahab, and his obsession with finding the white whale.

It’s not my favorite book or even my favorite classic, but it was a book that surprised me, and I’m glad I read it. So if you’re not sure you’re up to reading the 600+ page book, I get it, this list is for Moby-Dick lovers, and Moby-Dick skeptics. 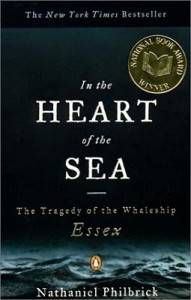 The Heart of the Sea: The Tragedy of the Whaleship Essex by Nathaniel Philbrick

Nathaniel Philbrick loves Moby-Dick. In fact, he wrote a book called Why Read Moby-Dick?, which I read in preparation for reading Moby-Dick. The Heart of the Sea is the real account of the disastrous shipwreck that inspired the climax of Melville’s novel. The tragedy of the Essex was the 19th century equivalent of the 20th century’s Titanic; only a giant whale, not an iceberg, sunk the Essex.

Charles Arrowby has retired to the sea after a pretty successful career in the theater. He’s sixtysomething, but he refuses to be an old man. He dives, naked, from some pretty treacherous rocks every day and swims in the tumultuous sea, giving a big metaphorical middle finger to anyone who thought he couldn’t do it, or he was too old. Women love Charles. He has had many affairs, and although he has had many women, he has never had a child, and now he thinks he should have settled down with someone and had a son. Charles has only had one true love in his life, one woman he ever thought about settling down with: Hartley, and he becomes obsessed with winning her back. 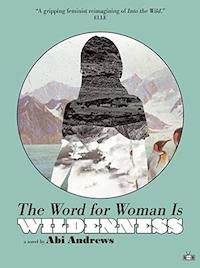 Speaking of man vs. nature, how about woman vs. nature; or, better yet, woman within nature? This is part adventure novel, part travelogue, part philosophical examination of our connection with nature. It’s visual and visceral, and completely unique.

“Call me Ishmael” is something that Ishmael Reed can actually say. Other than sharing a name with Melville’s protagonist, Reed’s Mumbo Jumbo isn’t exactly a Moby-Dick read-a-like, but Reed is a quick-witted satirist who clips pieces and writings from historical texts into this quippy little book. Melville, too, pulls clips from historical texts and documents in “Extracts”, provided by the “Sub-Sub-Librarian”, at the beginning of Moby-Dick, and like Reed, Melville had a penchant for humor.

The Seas by Samantha Hunt

I’ve read The Seas at least three times since the new edition was released by Tin House in 2018. The story is about a young woman who lives with her mother and grandpa in a small fishing village that is plagued by alcoholism and poverty. When she was younger, her father told her she was a mermaid, and would one day return to the sea. When her father disappears one day she believes he has fled to his natural home under the water, and is waiting for her to join him. Her father and many other ghosts haunt her throughout the book. The girl is also in love with a soldier who fought in Iraq and is 13 years older than her. The story is poetic and tragic, and can be read in one sitting. I could not love or recommend this book enough.

Unlike Ahab, Ernest Shackleton always had his crew’s best interests at heart. Endurance was the name of the ship Shackleton and 26 crew members boarded on an expedition to Antarctica. On the way, their ship was ensnared in ice, and the crew had to flee. Left shipwrecked in a very cold, inhospitable environment, Shackleton had to lead his crew to safety. Their adventure across ice and freezing waters was awe-inspiring. Shackleton’s picture should be in the dictionary next to the word leadership. What a story. Also, I would recommend listening to it, the audiobook is one of my favorites. 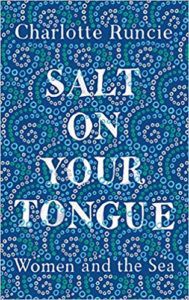 Salt on Your Tongue: Women and the Sea by Charlotte Runcie

Moby-Dick is a very male-dominated book. It’s about a ship and killing a predator, there are big Biblical references, and just about all the characters are dudes. Salt on Your Tongue is a nonfiction examination of women’s relationship to the sea, very different from the man vs. nature themes in Moby-Dick, but I think it’s still a great book to read if you liked/loved Moby-Dick. Ishmael also has a yearning for the sea:

“Consider all this; and then turn to the green, gentle, and most docile earth; consider them both, the sea and the land; and do you not find a strange analogy to something in yourself? For as this appalling ocean surrounds the verdant land, so in the soul of man there lies one insular Tahiti, full of peace and joy, but encompassed by all the horrors of the half-known life. God keep thee! Push not off from that isle, thou canst never return!”

Oddly, I didn’t read adventure novels when I was younger, so I’ve slowly been going back and reading them as an adult. Some resonate, others would’ve been better if I’d read them when I was younger. I loved The Whale Rider. The elder chief of the Maori tribe needs a grandson to succeed and lead the tribe after he’s gone, but all he has is a granddaughter named Kahu. Instead of hunting whales, the Maori tribe revere whales, and at times the narration switches to a whale’s point of view. A fairytale-like coming-of-age story that I wish I’d read when I was younger. 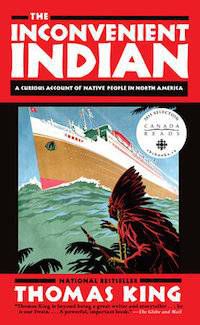 The Inconvenient Indian: A Curious Account of Native People in North America by Thomas King

This is a historical account of 500 years of Native and non-Native people’s relationship with each other in North America. It’s witty and expansive, and an answer to Melville’s problematic descriptions of his Indigenous characters.

The sea is a fussy, changeable place. And, like the sea, the two characters in Jansson’s simple story are fussy, grumpy, short-tempered, and curmudgeonly. They are 6-year-old Sophia and her grandmother, who are sharing a house on a small island in the gulf of Finland for the summer. While the two characters can be very annoyed with one another, they also love one another deeply, and their quiet, philosophical meanderings are often buoyed by the sea whose rages ebb and flow throughout the summer. This book is short, unlike Moby Dick, but can be read slowly, and preferably on a warm summer day.

Need more books like Moby-Dick? Try Books I’ve Read Instead of Finishing Moby-Dick and Call Mr Enamored: Why I Love the First Line of Moby-Dick.