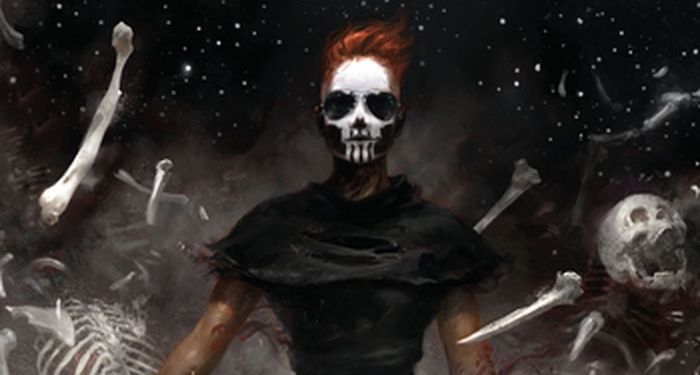 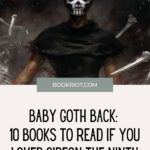 For the last several years, there has been one book that I read that becomes my new book obsession. Meaning I absolutely must tell everyone about it and I also read it multiple times. Sometimes I read it again immediately after finishing it! Most recently, that book is Gideon the Ninth by Tamsyn Muir. I’ve never read anything quite like it! And people often ask me to recommend more books like Gideon the Ninth because they loved it!

Here’s the short answer: There aren’t any. Muir’s award-winning book is a snarky, queer, glorious space mystery. It’s about Gideon, a surly swordswoman, and Harrow, a sadistic necromancer and Gideon’s lifelong nemesis. Gideon is looking to get off her dreary death planet and Harrow promises to free her if she accompanies her to the First House to compete in a challenge that could end with Harrow gaining eternal life by the Emperor’s side. That’s a very abbreviated summary, but the point is that this book is so fun and different, I don’t have anything close to it to recommend.

That said, there are many, many books that have aspects of Gideon the Ninth that I could recommend that are well worth your time, because I’ve done my homework. So far, I have read Gideon the Ninth nine times! And I even had the privilege of breaking the book down in a series for Tor last year. So the following list is a wonderful selection of books you should definitely pick up if you want to read more books like Gideon the Ninth. There may be slight plot spoilers for Gideon in the descriptions, but I’m going to assume you’ve already read the book if you’re here. 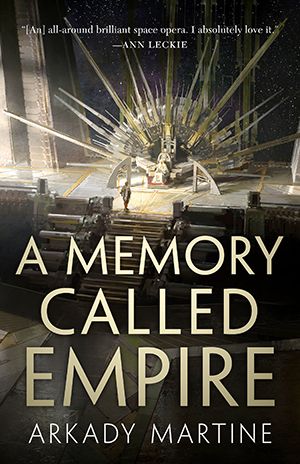 Mahit Dzmare takes the job of ambassador in the multi-system Teixcalaanli Empire. But upon her arrival, she’s dropped headfirst into a political poop storm, and she learns that her predecessor, the previous ambassador, may have died by not-so-natural causes. Mahit must figure out how to reign in the chaos and keep the peace while also keeping her head. 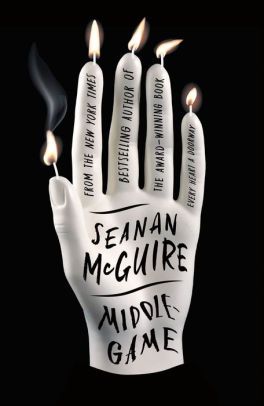 If your favorite part of Gideon is all the WTF-ery, then this should be right up your alley! It’s an apocalyptic coming-of-age story about twins Roger and Dodger, who are raised separately but can still communicate psychically. The twins were created through alchemy by another unusual being named James Reed, who believes they are the key to helping him gain immortality. But the twins aren’t sure that they want to help him. 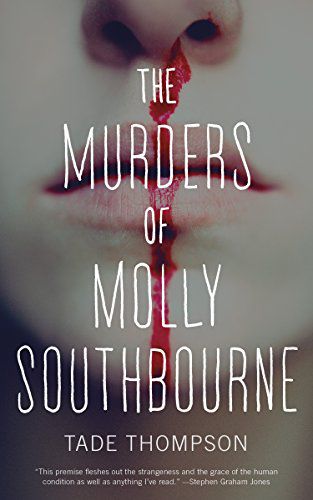 The Murders of Molly Southbourne by Tade Thompson

In Gideon, Harrow is a literal bloody mess a lot of the time, caused by the strain of performing bone magic. In this amazing novella, Molly is a young girl whose blood brings about murder. Anytime Molly bleeds, a new version of Molly sprouts from her blood and tries to kill her, and so the real Molly has to murder them. It’s quite a problem to have! Molly tiptoes through life trying to be careful, but she can’t stay wrapped in bubblewrap every second of the day. 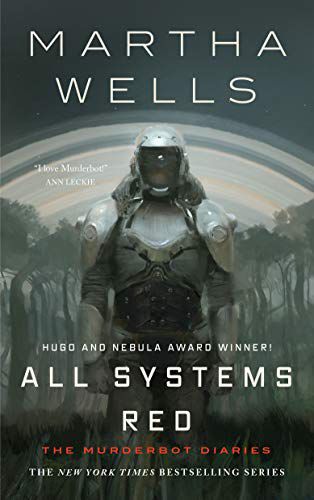 All Systems Red: The Murderbot Diaries by Martha Wells

Raise your hand if you loved how snarky Gideon was! This is my other favorite recent series and it also features a sarcastic badass warrior who just wants to be left alone. But this one is a snarky, self-aware security robot who still spends its time protecting humans, even though it claims not to like them. And when it isn’t defending the humans from danger, it unwinds by streaming its favorite programs. 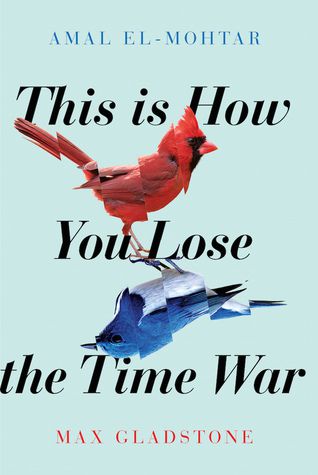 If you loved the queer enemies-to-lovers storyline in Gideon the Ninth, then pick up this amazing novella! It’s about Red and Blue, two time-traveling agents on opposite sides in a time war whose job it is to sabotage and defeat the other. But instead, they slowly fall in love. (Check out this list for more of the best LGBTQ fantasy novels.) 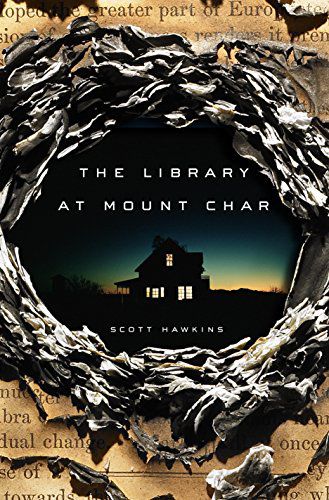 This is another of my book obsessions, and yes, like Gideon the Ninth, there is really nothing like it. So if you like nonsensical violence and humor wrapped up in a fantasy package, this is the book for you! The Library of Mount Char is about a group of siblings who are raised in an infinite library by Father, who may be God. He — and they — are definitely immortal. But when Father goes missing, the siblings start to unravel and must figure out what happened to him before the most dangerous among them takes over. 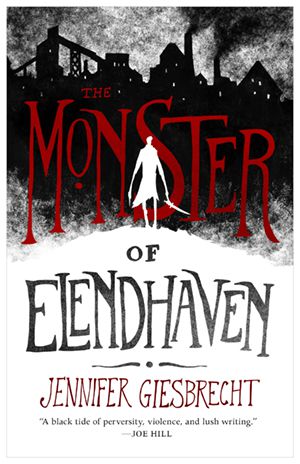 If you’re looking for more creepy magical events and problematic relationships, you are in the right place! This gothic grotesquerie is about a town called Elendhaven, which seems to be on a black moon after the North Pole split in two. Johann is a lanky monster-man who has come out of the sea, and he gets his kicks murdering people. But when he teams up with a frail magician who also has revenge on his mind, it means they can double the destruction. 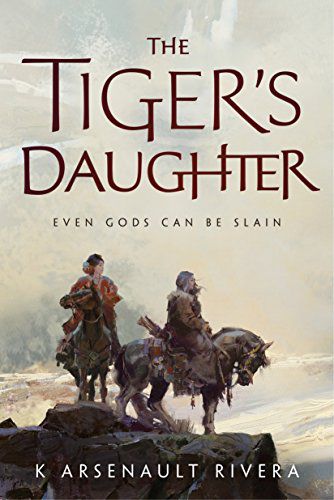 This book also has a badass warrior teamed up with a spoiled princess! The nomadic Qorin tribes and the Hokkaran empire have existed far apart, but now a creeping darkness is crumbling their borders. It will take the two women prophesied at birth to join together and fight back the encroaching evil. But can a legendary Qorin warrior and a spoiled divine warrior empress work together to make it happen? 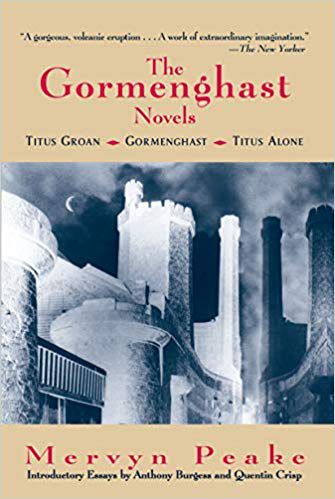 Titus Groan: Volume 1 of the Gormenghast Trilogy by Mervyn Peake

And this is a classic work of gothic fantasy about the Groan family, who live in a castle. The Groan family is headed by Lord Sepulchrave, the 76th Earl of Groan. At the beginning of the book his heir, Titus, is born, which only enrages the Lord’s twin sisters even more. This is kind of like Modern Family meets the Addams Family meets Downton Abbey. End result: It’s a gothic good time! 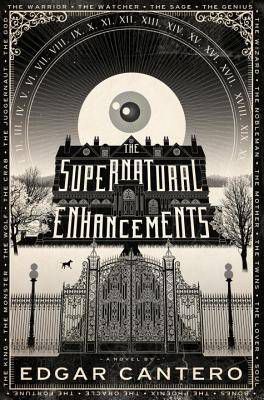 And lastly, if you were a big fan of the First House in Gideon and like books where a house full of secrets and ghouls may be trying to kill you, I recommend The Supernatural Enhancements. When the last member of the Wells family dies, A., a distant European relative, inherits the ominous Axton House estate set deep in the woods of Point Bless, Virginia. But A. soon learns that he’s inherited a lot more than a home — he gets all the ghosts and supernatural events that come with it.

Like I said, there’s nothing like Gideon the Ninth, but there are a hell of a lot of other books with similar aspects to make your happy down to your bones. And here’s a few more quick recommendations! If one of the things you love about Gideon the Ninth is the locked room/remote mystery aspect, then I recommend picking up Six Wakes by Mur Lafferty, in which clones on a spaceship must band together to figure out who is murdering their previous selves. If you want to read more WLW books about sword-wielding lesbian necromancers, get Huntress by Malinda Lo. If you love imaginative fantasy that will capture your heart and mind, get your hands on The Tensorate series by Neon Yang. And if you love your books to be full of WTF-ery, pick up The Rabbit Back Literature Society by Pasi Ilmari Jääskeläinen, about a famous children’s book author and a secret society with lots of, well, secrets.