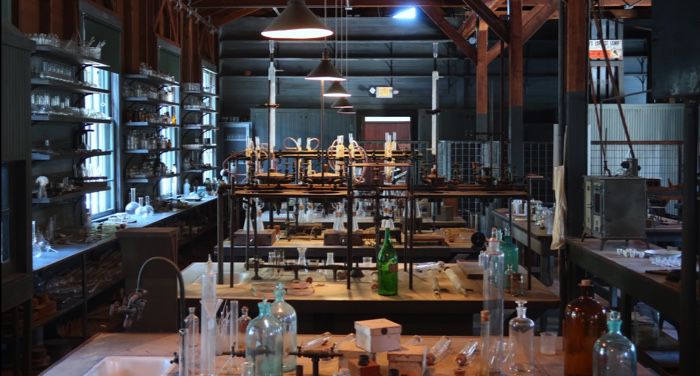 Eccentric experimenters, ambitious alchemists, and supernatural scientists play key roles in science fiction. Scientists began to push the moral and physical boundaries of experimentation with Mary Shelly’s Frankenstein. It is not the first novel about a scientist creating life. However, researchers attribute an early drop in price and subsequent loss of copyright protection to the novel’s notoriety. The source text was free to use in a series of stage reproductions, spin-off stories, and later, films. Frankenstein has certainly grown beyond its peers to become something of a guideline for understanding human experimentation in fiction.

A Doctor, A Monster, and A Moral Dilemma

Frankenstein, or The Modern Prometheus was published in 1818 following a cold summer filled with friends, lovers, and horror stories. After years of study, Dr. Victor Frankenstein creates a reanimated monster in his apartment. Victor experiences overwhelming horror and abruptly leaves his monster behind. Instead, he opts for roaming the cold dark streets and living in denial.

The monster spends the rest of the novel looking for his creator while obtaining an education in theology and morality. All the while, the monster is rejected by almost everyone he meets. Now, Victor is out of luck because his monster wants a wife, and will destroy everyone around Victor until he gets one. With this relationship, Frankenstein ruminates on the role of man in the process of birth, life, and death, capturing the attention of generations.

Modern Sci-Fi novels continue to explore able-bodiedness, race, and gender as scientists apply their knowledge to their community. Some use the information to take down regimes or solve mysteries, others engage in non-consensual experimentation or hinder investigations. Nevertheless, these eccentric experimenters understand that fundamental knowledge impacts the human experience. 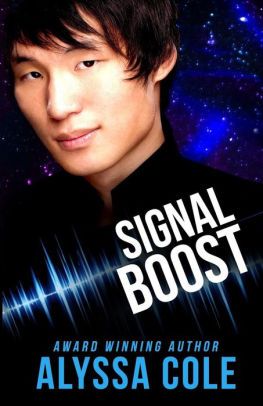 An astrophysicist and a computer expert embark on a journey to bring back the electrical grid in an apocalyptic blackout. The second book in the Off The Grid trilogy picks back up in a no-tech no-government state where no one knows what happened to the power. John was a savant when it comes to software and hardware, but in a world without electronics, he feels a little lost. So, when an attractive asexual astrophysicist, Mykhail, shows up with a plan to fix the national power grid, John is ready to help out. In a nearby university, a professor may have the key to fixing the electrical power grid. Unfortunately, this eccentric experimenter severely abuses his power in unimaginable ways. It is up to John, Mykhail, and rebellious campus dwellers to fight back and reclaim the literal power on campus to get the US back on-line. 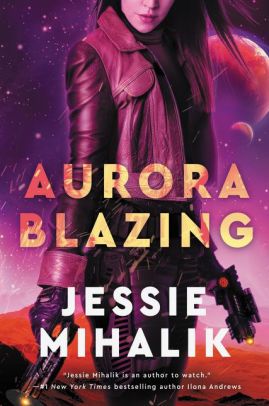 If you set Star Wars in Regency romance, you would get The Consortium Rebellion series. In the second novel, the widow, Bianca von Hasenberg disobeys her father’s orders, leaves her home, and goes to save her missing oldest brother. Ian Bishop, the director of House von Hasenberg’s security, is sent to capture her and bring her home. Sure, he ends up helping her instead, but he is very surly about Bianca risking her life. He is unaware that Bianca’s ex-husband experimented on her without her consent. Her biological enhancements allow her to telepathically communicate with tech and hack into any network. But, this has also left her with persistent nausea. Nevertheless, it is up to Bianca and Ian to stay off the radar as they find and free the eldest von Hasenberg before it’s too late. 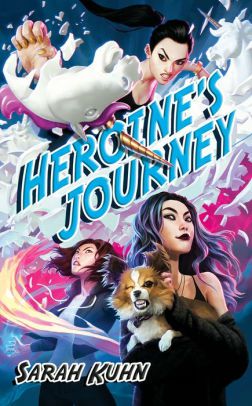 The Avada Jupiter Crime Fighting Squad is back fighting demons in San Francisco in the third Heroine Complex novel. Now it’s the youngest member of the team’s turn, Beatrice Tanaka. Bea has worked with Nate, the team’s resident scientist, for years studying and documenting the supernatural Bay Area ever since the interdimensional portals opened. But recently, Bea gained the ability to project her emotions on others and manipulate their feelings in the process. So when a mysterious, motherly voice gives Bea information on the next demonic attack, she decides to embark on becoming a crime-fighting member of the team. With the help of Sam, her fiercest academic rival, best friend, and love of her life, she might just find her purpose in life. Only Bea can decide if following the path of a hero is what she wants and if she is willing to risk her life in the process. 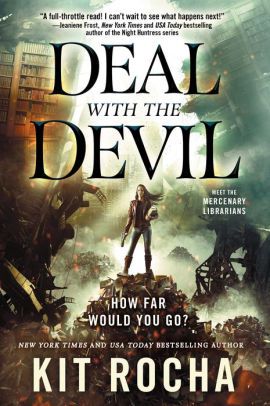 Deal With the Devil By Kit Rocha

Genetically enhanced mercenary librarians go on a post-apocalyptic road trip to a secret library of congress with a band of ex–super soldiers. The Silver Devils possess biological enhancements from their previous paramilitary employer. When someone kidnaps the Devil’s biohacker, they only ask for Nina in exchange. Turns out Nina is a member of a trio of ex-experiments turned local post-apocalyptic librarians. The group provides services for their community, but without more funds, they may freeze this winter. So, when Knox, captain of the Silver Devils, comes to Nina with an offer to split the earnings from finding and selling items from the lost library of congress, she can’t say no. It’s a trap, but it’s the Devils best chance at capturing Nina before their biological enhancements poison their bodies. With multiple POVs, readers experience the internal lives of the wide-ranging crew, who have all been subjects of scientific experimentation. 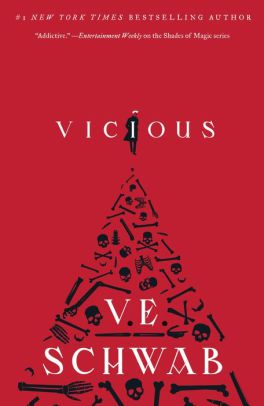 Victor Vale knows superheroes and supervillains are often defined by who tells the story. In college, budding scientists Victor and Eli research a growing group of Extra Ordinary people (EOs) who develop powers after near-death experiences. Ten years later, Victor and Eli are both EOs. The villain, Victor, escapes from prison with the aim to kill Eli, a near-immortal serial killer. Along the way, Victor collects people with potential to help him get revenge, like Mitch, his friend who experienced incarceration alongside him, and Syd, a young EO girl who can bring things back from the dead. Meanwhile our supposed hero, Eli, will do everything he can to kill every EO, no matter the cost. These eccentric experimenters are at their best in a contradictory super story that examines the moral gray space in between life and death.

It is no surprise that eccentric experimenters like Dr. Frankenstein have stuck around in modern Sci-Fi. The implications of human intervention in the natural lifecycle are vast and unending. Ultimately, the tension in the genre comes from the use of science to aid or hinder humanity. By exploring the limits of eccentric experimenters, we come to terms with our anxieties surrounding health and the moral consequences of endlessly pursuing knowledge.