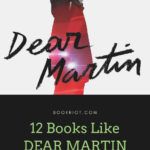 So you’ve read Nic Stone’s YA novel Dear Martin and you’re looking to read more books like it? Lucky for you, there are a few great books like Dear Martin out there in the world. 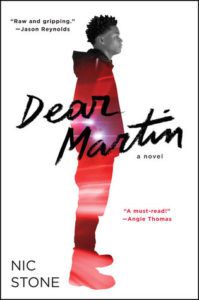 Dear Martin is author Nic Stone’s debut novel, one that she’s said was inspired in part by the fact that she is a mother raising two Black sons in America. When a police officer puts young Justyce McAllister in handcuffs, it doesn’t matter that Justyce is a good student that is set for the Ivy League. It doesn’t matter at all what kind of person Justyce is. All that matters is what he looks like, the color of his skin. Looking for hope and answers, Justyce turns to the teachings of Martin Luther King Jr. The novel is written through letters Justyce writes to King.

Dear Martin is a poignant look at race relations in America and an honest examination of the work of Marin Luther King Jr. and how it applies to the issues facing contemporary African Americans. Of course, nothing can be exactly like Nic Stone’s novel, but these should all fill the Dear Martin-shaped hole in your heart in different ways. 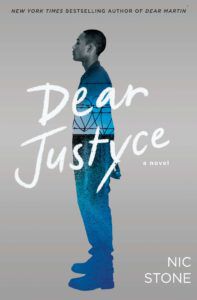 Let’s get the obvious one out of the way first. The sequel to Dear Martin is coming out later this year, so if this one isn’t already on your radar, get excited about it now. This novel is a hard look at the American prison system. In this book, incarcerated teen Quan writes letters to Justyce, the protagonist of Dear Martin, about his experiences in prison. Stone’s latest will be available on October 6, 2020. While you’re waiting, check out the other books on this list. 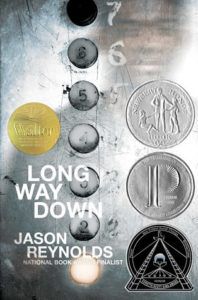 In this New York Times bestseller, 15-year-old Will’s brother Shawn was just murdered, and now Will is out for revenge. He has his brother’s gun and is on his way to get back at the person who took his brother’s life. But as he travels down the elevator to get to his destination, he will meet someone on each floor who will tell him something about his brother and his story that Will didn’t know before. This beautiful story is written in verse. 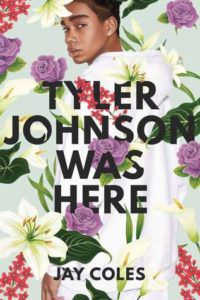 Marvin Johnson tags along to a party with his twin, Tyler, to keep an eye on him. But soon a party that started as harmless fun turns into a violent police raid. When Tyler goes missing the next day, Marvin is desperate to find out what happened to him. But then Tyler is found dead, and a video leaked online reveals that Tyler was shot and killed by a police officer. Now Marvin must come to terms with the loss of his twin brother while Tyler also becomes the face of a movement. 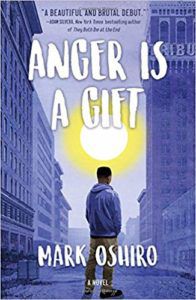 Moss Jefferies is a sophomore in high school who has suffered a major loss. A police officer murdered Moss’s father six years ago, and ever since, Moss has been trying to deal with the loss of a parent as well as the unflattering media depictions of his father as a villain. Officers from the Oakland Police Department have been stationed in Moss’s high school halls, and Moss can’t help but feel like he’s being treated like a prisoner rather than a student. Now Moss and his classmates are organizing a resistance again the administration. 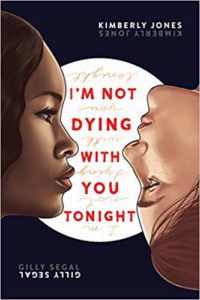 This is a book about two high school girls, Lena and Campbell, who have nothing in common and are definitely NOT friends. But when both girls attend a high school football game, neither expects this harmless event to turn into a scene of mass chaos. A race-infused confrontation turns into violence, and suddenly these two girls with two very different lives and perspectives must learn to lean on one another. 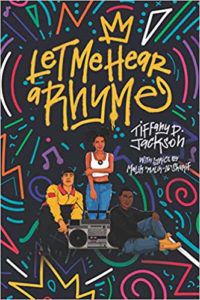 Let me Hear a Rhyme by Tiffany D. Jackson

This book is set in Brooklyn, 1998. Quadir and Jarrell have decided that just because their best friend Steph was murdered doesn’t mean his music has to die with him. So they make a plan: with the help of Steph’s younger sister Jasmine, they will pretend that Steph is still alive in order to get his rap music out into the world. But as they get further into their deception, the three teens are also forced to come to terms with the realities of what happened to their friend. 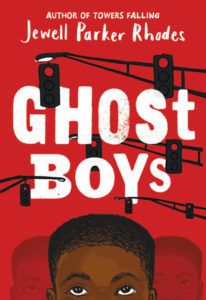 For the second half of this list, we’re moving into non-YA titles. This first book is a middle grade novel. Twelve-year-old Jerome is shot by a police officer who mistakes his toy gun for a real one. When Jerome returns as a ghost, he witnesses the devastating effects his death has on his family and on his community. Then Jerome meets Emmett Till, another ghost from a different time and place who also lost his life under similar circumstances. Together, they look at how historical racism may have led to the events that ended Jerome’s life.

If you’re looking for a good book more directly related to Martin Luther King Jr., look no further than March, a three-book graphic novel series that looks at John Lewis’s lifelong struggle for civil and human rights, comparing where we are now to the Civl Rights Moment of the 1950s. The first book in the series covers Lewis’s youth in rural Alabama, the meeting with Martin Luther King Jr. that changed Lewis’s life forever, the creation of the Nashville Student Movement, and the movement’s fight against segregation. 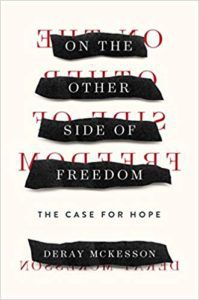 On the Other Side of Freedom by Deray McKessen

This is a memoir from a civil rights activist and host of the podcast Pod Save the People. In this, his first book, McKessen looks at the protests that lead to the Black Lives Matter Movement, the ways in which racial injustice remains prevalent in our contemporary world, and how technology and other modern innovations have actually fueled mass action and social change. He argues that once we understand the nature of oppression, we’ll be more prepared to fight against it. 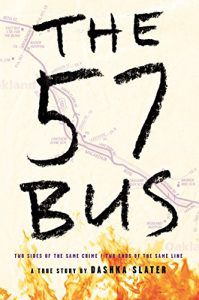 The 57 Bus by Dashka Slater

This is the true story of Sasha and Richard, two high school students from Oakland, California, who never would have met if it weren’t for the 57 Bus. Each day, on their bus ride to their very different lives (Sasha was a white high school student at a private school and Richard was a Black student attending public school in a district plagued by crime) these two teens’ paths would cross for about eight minutes. But that all changes on one afternoon when, on the bus ride home from school, a single reckless act left Sasha severely burned. Suddenly, Richard finds himself charged with two hate crimes and facing life imprisonment. The events that happened on that bus thrust both teens into the spotlight for very different reasons. 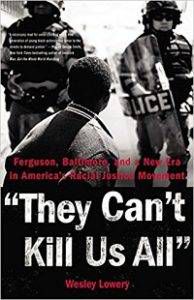 What connects a lot of these stories is their harsh and unrelenting examination of contemporary race relations in America. They Can’t Kill Us All is an unflinching look at police brutality in America, specifically the deaths of Michael Brown, Tamir Rice, and Freddie Gray and the movement that rose from those tragedies. Washington Post writer Wesley Lowery conducted hundreds of interviews over the course of one year. He reported from Ferguson, Missouri, to Cleveland, Ohio; Charleston, South Carolina; and Baltimore, Maryland; and then back to Ferguson. Lowery spoke to the victims’ families and local activists. In doing so, Lowery uncovered what life is like for people in the most heavily policed places in America. 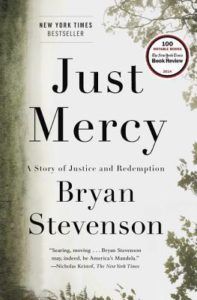 This title might be familiar to you if you have seen or heard of the film adaptation of Just Mercy starring Michael B. Jordan. The book Just Mercy is Bryan Stevenson’s true story of his founding of the Equal Justice Initiative, a legal practice dedicated to defending those most desperate and in need. Stevenson’s mission for The Equal Justice Initiative is to fight for those who are most often misrepresented: the poor and the wrongly condemned.