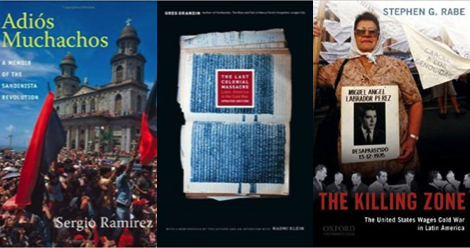 Most history books these days are bland and filled with patriotic references to have the masses believing the United States in perfect. That couldn’t be further from the truth, however. Truth be told, our history is confusing, interesting, crazy, patriotic, and sad all at the same time. But do you know what the most important history of all is? Forgotten history and history that history books purposely omit. I think now is a good time to talk about the best books to read about the United States’ involvement in Latin America during the Cold War.

Be prepared, this involvement is not the typical patriotic “USA rocks” crap that diehard patriots try to sell you. This history is drenched in innocent blood and as Ariel Dorfman was quoted as saying, “a look into the abyss of what it means to be desaparecido (disappeared), with no certainty or funeral possible for those beloved men and women who are missing.” To acknowledge these truths does not mean one is unpatriotic. We must acknowledge all those who paid the ultimate price for U.S. exceptionalism. We owe it to them. Let’s take a look at some of the best historical books that detail the Cold War from the Latin American perspective. 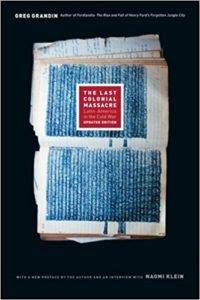 Grandin uses Guatemala as his case study in this book. Guatemala experienced a 36 year civil war that began in 1960 and did not end until 1996. Over 200,000 were murdered during those three decades and U.S. involvement was big. In 1954, the CIA backed a coup commanded by Colonel Carlos Castillo Armas to overthrow the democratically-elected president, Jacobo Arbenz. CIA’s reasoning behind the coup? Jacobo Arbenz, who was nominated democratically, was considered a “communitst threat.” He nationalized the U.S. owned and operated United Fruit Company and the United States was having none of that. Castillo Armas declared himself president and proceeded to reverse land reforms that benefitted poor farmers and removed voting rights for illiterate Guatemalans. From 1960 on, the country saw violence like it had never before experienced. Some of the worst massacres occurred at the villages of Dos Erres and Panzos. Hundreds were murdered and buried in mass graves. This is where the term “los desaparecidos” (the disappeared) was born. Grandin’s scholarship is unmatched. This book is a must read. 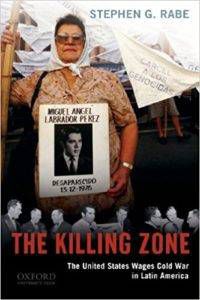 Rabe is an author and eminent historian who specializes in U.S. foreign relations, the history of slavery, and Latin American relations. In his book The Killing Zone, Rabe does not concentrate on a single country. Instead, he takes a look at Argentina, Brazil, Chile, El Salvador and Guatemala and argues that the sense of acomplishment that occurred at the end of the Cold War came at the expense of hundreds of thousands of Latin Americans. Dictatorships and authoritarianism led to terrorism and major abuses of human rights, often backed and endorsed by U.S. intervention. Rabe argues that U.S. intervention in internal affairs of Latin American countries destabilized governments, which also led to the aiding and abetting of those who murdered and tortured innocent Latin Americans. The United States backed and tolerted such horrendous events all in the name of anticommunism. The hundreds of thousands of murdered individuals seemed like a good sacrifice as long as communism did not spread. This way of thinking was irresponsible and callous. This book is another must read. 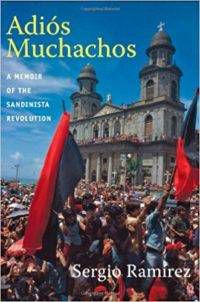 This book is great because it provides a first-hand account of the Sandinista Revolution. Briefly, the Sandinista Revolution (Nicaraguan Revolution) was a campaign led by the Sandinista National Liberation Front (FSLN) to violently oust the dictatorship of Anastasio Somoza. Sergio Ramirez was not only a participant in the revolution, but he led intellectuals, priests and business leaders to support the FSLN and fight against Somoza and his dictatorship. Again, the United States backed the Somoza government, a government that proved it was willing and capable of massacring innocent Nicaraguans. Ramirez and others rose up and decided to defend their revolution against the Contras, an armed counterinsurgency backed by the U.S. The U.S. felt it necessary to intervene in Nicaragua’s internal affairs to supposedly prevent communism and control Somoza’s government. Ramirez does an excellent job of describing “the utopian aspirations for liberation and reform that motivated the Sandinista Revolution.” This book is a great read and another example of the United States’ irresponsible intervention of a Latin American country’s affairs.

So again, it hurts nobody to acknowledge that our country is not perfect. It is okay to be patriotic and be proud of our motherland while acknowledging that historical events such as United States’ intervention in Latin American affairs during the Cold War caused hundreds of thousands of preventable deaths. It is a sad and confusing part of our history, but it is our history nonetheless. If this post has you feling upset or confused, it’s because it is hard for many to accept our role in such atrocitites. These events occurred and it is time that this forgotten and omitted history be discussed in depth. As far as my research has taken me, only a cursory examination of Latin America in the Cold War has been undertaken.