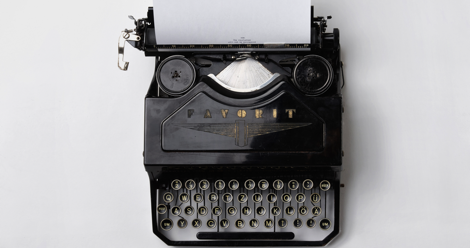 The short story was composed of song titles. My high school teacher assigned us Rick Moody’s short story collection Demonology for our writing class and it was like I had taken the red pill. One story, “Wilkie Fahnstock: the boxed set,” told the story of its protagonist through song titles for his life. How could this be? How is this a story?

Later, I read the glorious and frustrating Ulysses by James Joyce, where he wrote each chapter differently, culminating in the screenplay format of the nightmarish world of Circe. It whetted my appetite in books with inventive story structures; part of the experience of reading the book was part of the book itself. So naturally, I would have to find more books that play with the structure as we know of it. Below are six texts that really play with the structure of a novel or short story in truly unusual ways. 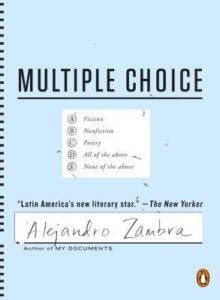 This book is entirely composed of standardized questions: sentence order, sentence completion, reading comprehension, and so much more. But instead of standardized test questions, the questions are parodies of themselves. Each one, a commentary about society, specifically in Chile, history and identity. Questions range from sentence completion questions regarding life under curfew or the reading comprehension story of their divorce.

In the latter, one of the questions was: 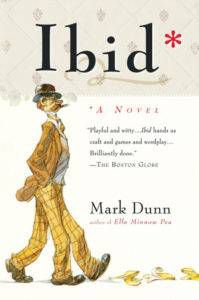 Ibid: A Life by Mark Dunn

This book is composed solely of footnotes of a biography of Jonathan Blashette, born with three legs and living an industrious life. The book’s editor accidentally destroyed the original text except for the footnotes. The footnotes detail this wondrous life of Blashette and American culture. It’s funny, poignant and occasionally irreverent. 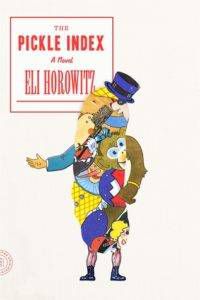 The Pickle Index by Eli Horowitz

Unlike the first two books, this one isn’t quite as wild structurally. I also think there are regular versions of the text but I found a boxed set of two volumes titled “Snacks” and “News.” The book advises the reader to read chapters, alternating between the two books. The story is about Zloty Kornblatt who is the ringmaster of a terrible circus who mistakenly makes the audience laugh at one of his shows. Considered a threat, the government hauls him off to stand trial. It explores meaning of self-expression, belief in ideas bigger than yourself, living under an authoritative regime. Snacks is the point of view of the circus while News is the announcements of a journalist entrenched in the regime.  Reading the book(s) was especially thrilling since I read almost all of it on the train. 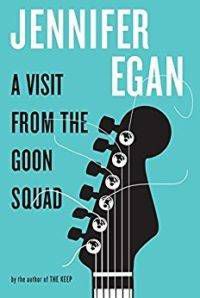 This Pulitzer Prize winning text is a loose collection of short stories about the contemporary music industry in the US. I add it to the list because one of the last stories, “Great Rock and Roll Pauses by Alison Blake,” is a PowerPoint presentation by a young girl. She details her life, specifically her younger brother Lincoln’s love of pauses in songs. It’s about familial love and the ways we try to communicate between each other. Extra bonus points for the use of SmartArt throughout the presentation. 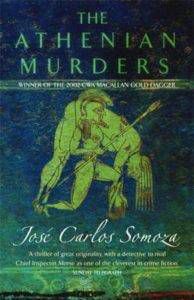 This book is a translation of a murder mystery that takes place in Ancient Greece. A young man is found in the mountains, supposedly eaten by wolves. The boy’s tutor doesn’t believe in that the death was an accident and teams up with a detective. And there are footnotes from the translator.(1) Those footnotes are essential to the story, which is why this book was added to the list. 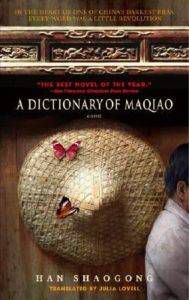 The Dictionary of Maqiao by Han Shaogong

This translated work  is formatted like a Chinese dictionary; every chapter or story is a different word. Like A Visit from the Goon Squad, each chapter is a story that loosely ties together the story of a village called Maqao. It explores the life of the inhabitants through the language they describe their world. I love that the translator notes that there were chapters that couldn’t be translated due to the tied nature of the word to Chinese. It is an important reminder how intertwined meaning and language can be; not everything is translatable.

Relish with me in the land of footnotes, alternating books, dictionary stories, and even more footnotes.