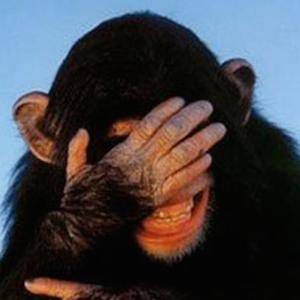 Recently, Slate published an article with the title “Yes, Adults Should Be Embarrassed To Read YA” because I sweartogod it isn’t a week in the book world unless someone is spewing something out of their hatch about what people should and shouldn’t be reading. I don’t have a lot to say about that article, because my life is finite, so here follows my entire response on the topic

There. Now that we’re done with that, let’s roll on to more interesting topics. Namely, I got to thinking about books I own which I am embarrassed to be reading. There are a number of them, and it took me a while to work out exactly what the problem was. It’s entirely irrational and pointless, but us humans are really good at both of those things, so I’m afraid the embarrassment persists even though I’m aware of it.

I just recently finished reading David Mack’s Star Trek: Destiny trilogy of books. I got an omnibus of the three books at Christmastime and just finished them this past month, doling them out to myself slowly in between reading other books. I really enjoyed them, they were excellently written and fun adventures. They were the most fun I’d had with a Star Trek novel in a decade or more (not because of anything with quality, just because I had wandered off and never wandered back, that’s all). But an interesting thing happened every time I finished a different book and went back to one of the three Star Trek novels, and that was that my reading speed plummeted. It took me well into book two before I realized that it was because I wasn’t carrying the book with me the way I might with other books. Trips to the bus stop in the afternoon to wait for my son’s school bus happened with my phone, or a notebook or something. Normally, I brought novels. So why wasn’t I? At first, I thought it was because it was a big, heavy omnibus, but come on. It’s three novels in one volume and I’ve still read thicker books without issue. I’ve lugged Stephen King books around. I like big books (and I cannot lie).

Eventually, I realized I was embarrassed about it because it was Star Trek.

This is silly as hell. I own Star Trek t-shirts, I talk about Star Trek, I make no attempt to hide online or off that I was reading a trilogy of Star Trek novels, they are excellent books, and I spend a goodly amount of my time here on Book Riot telling people READ WHATEVER YOU WANT AND IF SOMEONE EMBARRASSES YOU FOR IT, HIT THEM WITH WHATEVER YOU WANTED TO READ. I mean that. I will never read Twilight because I don’t care, but I will never sneer at you for reading it either. I won’t even think less of you in the privacy of my head. Reading matters, and being a snob about it doesn’t. Never mind the cacophonous protests from the snobs to the contrary. Thinking further on the topic, I realized that of course, this was nothing new. There are other books I tend to read in the privacy of my own home and never take anywhere. When I was a teenager and it became known that I was writing, doddering and well-meaning old ladies in the area would give me writing books. Chicken Soup For the Writer’s Soul, The Writer’s Home Companion, Zen in the Art of Writing, and so forth. At worst, banal essays. At best, a terrific little book by Ray Bradbury. I would never bring them anywhere and, for literally years, I kept them in a box in my closet because I hated the idea of anyone seeing them. I was a writer, but I was a writer who wrote, not who sat around reading books about writing and fretting about the muse. I was so worried someone would think that.

I’m older and crankier now and care an awful lot less about what people think of me, but the irrational fears remain. I still won’t take the Star Trek novels in public, and while the writerly books have migrated out of the box and onto my nonfiction shelves, I still wouldn’t bring them anywhere. I also shy away from bringing Science Fiction novels anywhere when they have old, cheap, pulp-fiction kinda covers.

I know it’s an irrational fear because if it was just a concern about how people perceived me and worrying about dignity, I’d probably bring fewer terrible-looking old comics with me places, and I do that all the time. So. Irrational.

Typing this article and looking at my shelves, I just realized one other category I tend to keep at home for reading, and that’s anything which might look like a self-help book. I read The Power of Habit entirely at home and didn’t realize it ’til now, because even though it wasn’t self-help at all, the title feels like one.

Why am I telling you this, other than to reveal my own neurosis to the widest possible audience, like a less-scummy Woody Allen? I’m telling you this because I want you to know, it’s okay to be neurotic about books, and it’s okay to be embarrassed by them sometimes, for whatever irrational or not reason you happen to be. Are you an adult and embarrassed by your fervent and ongoing love of Young Adult fiction? I wish you weren’t, but I wish I weren’t too. I understand. You can be embarrassed.

Just…don’t let anyone else do it to you. If anyone else tries to laugh at you or embarrass you, I invite you to whack them with the book they’re sneering at you over, then gather up all your toys and go find other friends and other yards, because these assholes are no good for you. Be embarrassed on your own and work through it on your own (or don’t and write an article about it) (I highly recommend this latter route).