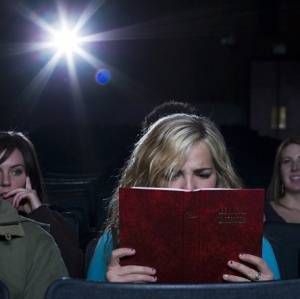 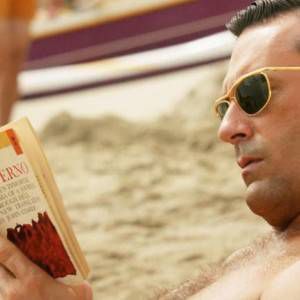 “Development hell? Never been there, sorry.”

Around this time every year, on nights I can’t seem to sleep I count my blessings instead of counting sheep. And when I run out of blessings, I naturally count books I am thankful that have not been turned into movies–books trapped in what is often called “development hell.” This is a very special sort of blessing, and they are all of them very near to my heart.

But then I inevitably start to think of all the cinematic injustices that have fallen upon some of my most beloved stories and I just get all steamed and end up staying awake for another three days. Minimum.

You might know the feeling; a mishandled film adaptation is an ancient book lover’s grudge which, for me, breaks to new mutiny every couple of years or so. My most powerful and worrisome literary tingles and jingles started tingling and jingling when I learned that Neil Gaiman’s Sandman appeared to move out of the development hell it had been stuck in for several decades.

In case you’re not familiar, development hell is the circle that Virgil can guide you to which contains elements of several other circles—almost always greed, often heresy, usually treachery and fraud, and sometimes violence, typically in the form of writers throttling the throats of producers. It’s not included in the standard tour, but there’s not much to see there. You get more bang for your buck in the second circle, if you know what I mean.

True to its titular hero, Sandman has been to hell and is back. Is Joseph Gordon Levitt attached to the project? He is, and I like him, and I believe the whole package also comes with the blessing of the author himself, which is also pretty incredible, I confess. And yet I’m sure I’m not the only one asking if we really need to try to approximate this sprawling, wonderful story into the conventions of Hollywood.

Have you read the treatment of the film that was in the works in the ’90s? It is fittingly the stuff of nightmares, though not for reasons Morpheus the Dream Lord would prefer. See for yourself. Say hi to Virgil for me in your way.

If anyone is the king of having nightmares over what the movie industry can do to a book, it might be Alan Moore, the venerable wizard of the comic book world. I toss around words like “venerable” and “wizard” only when they are due, and in this case Alan has more than earned them through his self-confessed midlife crisis conversion to the worship of a completely made up snake god from ancient Rome (see also: you read that exactly right). So horrified was he by the steaming pile made of The League of Extraordinary Gentlemen that he removed his name from the credits.

But Hollywood just can’t understand subtlety, so when they came around to take a whack at Watchmen, Alan again distanced himself utterly from the whole thing but not before casting an actual hex on the film to ensure its failure.

I think this calls for a moment of silence for the Alan Moore stories that gave up their ghosts for the big screen.

Hollywood doesn’t have a lot of patience when it comes to quiet moments. Stephen King’s time hopping thriller 11/22/63 has a forthcoming miniseries streaming on Hulu, and it has serious potential to rock some socks off. Yet the huge quiet slice of the story in which the hero simply teaches high school and directs a school play has me a little worried, because where do they fit something like this into a thriller? It might very well be the strongest part of the book—the kind of delicious tangent that an author invites you on once they’ve earned your trust, have made you fall in love with their characters, and have turned the world of the book into a place you could live for a good long time.

I don’t expect this section to survive the translation, but what a bummer to lose it.

Oh, man. There goes my sleep for a few days.

But remember those blessings I mentioned a little bit ago? Those books that have stayed books? The most blessed of them all is The Amazing Adventures of Kavalier and Clay, which is still burning away in that special hell, safe from the abbreviations and simplified broadstrokes of tinseltown. Michael Chabon’s novel is one of my all time favorites, and enough people agreed for it to get a Pulitzer Prize pinned to its lapel. Around 2004, it looked like all the signs were pointing toward getting it in front of a camera with the likes of Natalie Portman (who I also love), Jude Law, Jason Schwartzman, Andrew Garfield (who has the market for “amazing” characters cornered, I guess), and Ryan Gosling vying for various roles. Again, the author was all about it, but Chabon was upfront about all the beautiful elements that would me missing from the story, and they are darlings that no creator should have to kill.

Chabon’s hands remain clean, the project remains in the pits of Hollywood’s inferno, and I begin each grateful countdown of books that remain safe with this one.

And I know we shouldn’t get mad about movies they try to make out of our favorites, but development hell hath no fury like a book lover’s scorn.