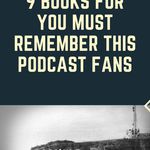 Clearly, none of us has a shortage of podcasts to listen to (including all of Book Riot’s podcasts, right?). But one of my must-listens is You Must Remember This, hosted by Karina Longworth.

You Must Remember This is a deep-dive into, as Longworth puts it, the “secret and/or forgotten histories of Hollywood’s first century.” That “first century” timeline is an important one. While much of the material the podcast covers stems from Hollywood’s so-called Golden Age (loosely defined as the 1920s to the early 1960s), storylines cover topics that have implications all the way up to our present day.

In separate seasons and mini-seasons, You Must Remember This has explored some of the movie industry’s best- and worst-kept secrets, from the real stories of the Hollywood blacklist to the troubling and troubled offscreen lives of some of film’s biggest stars, including Judy Garland, Elizabeth Taylor, and Lena Horne.

The latest season, which started at the end of October, tackles a specific and unusual piece of film history (that the filmmakers involved have tried desperately to let you forget): Disney’s flamboyantly racist 1946 film Song of the South. Already, the first several episodes have poked at the question I, as someone who has been on Splash Mountain, have chafed at for years: How does Disney get away with profiting from Song of the South without ever really owning up to the fact that they made it?

That’s what makes You Must Remember This a standout history podcast. Longworth does her homework, with meticulous research, and answers your questions before you have a chance to ask them. Plus, she encourages you to read the receipts alongside her with the You Must Remember This Book Club, a reference library loaded with the biographies and nonfiction resources used throughout the podcast.

If you just can’t get enough of the podcast, that reference library, of course, is a great start for continued reading. But if you’re a more casual listener or prefer a little lighter reading, here are my own personal YMRT pairings, with fiction and nonfiction picks. 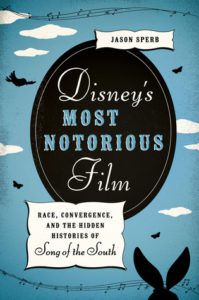 Disney’s Most Notorious Film: Race, Convergence, & the Hidden Histories of Song of the South by Jason Sperb

The latest season of the podcast is devoted entirely to the baffling history of one film: Song of the South. But Longworth notes both the pre-history of the film, and its roots in post–Civil War minstrel shows, as well as the effects it still has today. Sperb’s book is included in the YMRT book club and is listed as a source for the season. For those who want to dig even further into topics like why “Zip-a-Dee-Doo-Dah” remains inescapable, this slim read gives you the important cultural context for the film in its time and in ours.

The focus of last season was on dissecting Kenneth Anger’s Hollywood Babylon, which Longworth describes as the “urtext” of glitzy celebrity gossip. Anger’s stories of early Hollywood and its silent and talkie stars are a mixed bag of exaggerations, half-truths, and lies, all devilishly and gleefully told. In her recent book, Petersen covers many of the same stories. The difference? She actually tries to dispel the rumors around stars like Clara Bow or scandals like Fatty Arbuckle. 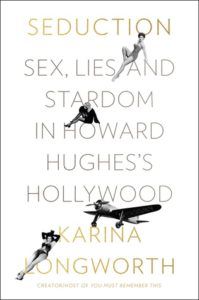 I can’t very well omit Longworth’s own book, the basis for the mini-season on actresses who became entangled (romantically and professionally) with Howard Hughes. A powerful historical reply to the modern #MeToo movement, Seduction details the web of women who came in to and out of Hughes’s grasp, including Katharine Hepburn, Ava Gardner, and Jean Harlow, as well as how that legacy of male power continues.

The Day of the Locust by Nathanael West

West’s career as a novelist was short. (When he died in 1940 at the age of 37, he’d published four novels.) But his works, including this little book about the seedy underbelly of Hollywood, packed a punch. West sets his Great Depression story against the backdrop of movieland excesses. The world we see through the eyes of the central character, a young artist, is far more grotesque than glamorous. 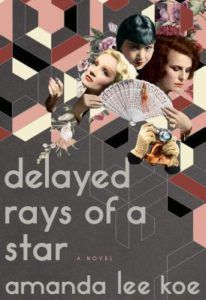 A bisexual Hollywood starlet, the first widely known Chinese American actress, and a female director of Nazi propaganda films walk into a bar. That’s more or less the starting point of Koe’s debut novel, inspired by a real photograph of Marlene Dietrich, Anna May Wong, and Leni Riefenstahl at a 1928 party in Berlin. The novel follows the various threads of each woman’s life and how they diverge after that chance meeting in a story that’s both intimate and sprawling.

Reid’s fictional Hollywood legend pairs nicely with one of the juiciest YMRT seasons, “Six Degrees of Joan Crawford,” which sorts fact from fiction in regards to the outsized personality and reputation of Mommie Dearest herself. Famously reclusive, Evelyn Hugo, a composite of any number of early 20th century actresses, reaches out to a relatively unknown writer to write her memoir. Slowly, the truth of a life comes out, and it may be surprising to both star and biographer.

What You See in the Dark by Manuel Muñoz

Alfred Hitchcock, of course, pops up periodically in YMRT. Here, Muñoz uses Hitchcock’s landscape-altering Psycho as inspiration and as a framing device. Set in 1950s Bakersfield, California, the narrative itself focuses on a local star-crossed love story. In the background, an unnamed director and actress come to town to film a scene you’ll most certainly remember. Connecting these stories are some of the noir techniques and voyeurism that mark that unnamed director’s work. 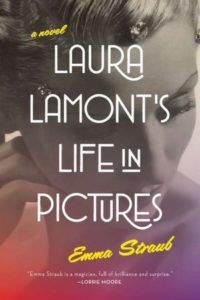 If you listen to the “Dead Blondes” season of YMRT, you’ll recognize some of the broad biographical details of Wisconsin-born Elsa Emerson, who’s refashioned by a Hollywood mogul as glamorous movie star Laura Lamont. There are running themes among the backstories of big-name actresses of classic cinema, and Laura Lamont’s life features many of them: tragedy, manipulation by powerful men, the fleeting nature of success, and the complications of a double identity.

Third Girl from the Left by Martha Southgate

YMRT hasn’t covered blaxploitation films as a theme, but consider this my gentle plea to the universe that it will. The novel follows three generations of a family: Mildred, the family matriarch who has seen movies as a distraction from a traumatic past in Tulsa, Oklahoma; Angela, Mildred’s headstrong daughter who makes her way to Hollywood only to get stuck in bit parts at the ‘70s height of blaxploitation; and Tamara, an aspiring documentarian who begins to bring her family’s hidden secrets into focus with her own filmmaking.