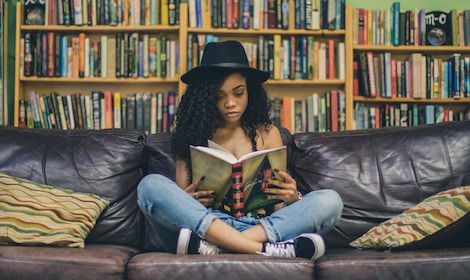 For many of us, December marks the season for holidays such as Christmas, Hanukkah, Kwanzaa, etc. It also marks the closing of the calendar year. Often overlooked, however, is the fact that December is also dedicated to the observation of Universal Human Rights. What exactly is Universal Human Rights Month, you ask? Let me give you the concise version of what it is and how it began.

According to Dignity & Respect Campaign, “Universal Month for Human Rights started in 1948, when the United Nations wrote up a document called the ‘Universal Declaration of Human Rights.’ This happened after the Second World War, because the U.N. wanted to prevent the atrocities that had occurred. They created the document as a way to properly define what human rights would be protected universally.” And since then, Universal Human Rights Month has been observed. Human Rights Month is about acknowledging that people of different races, religions, cultures, and beliefs are still just that: people. “We must remember that all human beings were born into the same world we were and that, despite our differences, we must learn to function here together.”

So here are some great nonfiction reads that highlight Universal Human Rights: 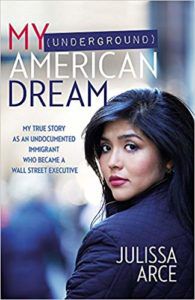 My (Underground) American Dream: My True Story as an Undocumented Immigrant Who Became a Wall Street Executive by Julissa Arce

This national bestseller and award-winning book is an excellent read. The author does a great job of detailing just what her life was like living in the United States as an undocumented immigrant. In this memoir, Arce details just how difficult her struggle was to keep her undocumented status a secret for so long. The emotional, physical and financial costs of keeping this secret are truly remarkable. But ultimately, Arce achieved that coveted American dream by achieving academic success and by securing a six-figure salary on Wall Street. I feel as though everybody should read this book, but especially those people who constantly claim that immigrants do nothing to contribute to society. This book will shake them up to a reality they were too ignorant to consider. 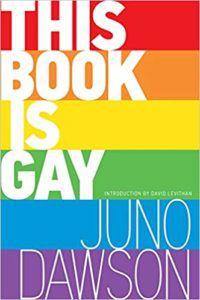 This is an excellent book that is for everyone. Regardless of your sexual preference or orientation, this book is for anyone who has ever dared to wonder. There is no real life manual for those who “come out,” but this book does a pretty good job of providing at least a cursory instruction manual. In this book, you can find answers to all the questions you might have wanted to ask but were too afraid to: sex to politics, hooking up to stereotypes, coming out and much more. You don’t have to be an LGBT person to enjoy this book. It is packed with a humorous, uncensored exploration of sexuality. Even the illustrations are hilarious. From Amazon: “You will be entertained. You will be informed. But most importantly, you will know that however you identify (or don’t) and whomever you love, you are exceptional. You matter. And so does this book.” 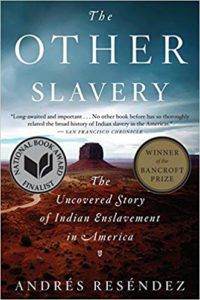 The Other Slavery: The Uncovered Story of Indian Enslavement in America by Andres Resendez

When most people hear the word slavery, they associate it with the enslavement of Africans and African Americans in the New World. This peculiar institution has been thoroughly researched and debated for quite some time. But who considers the enslavement of Native Americans in America? The Other Slavery, a National Book Award Finalist and winner of the Bancroft Prize, is an amazing read whose contribution to history is profound. Since the time of Columbus, Indian slavery was illegal in much of the American continent. Yet, as Andrés Reséndez illuminates in his book, it was practiced for centuries as an open secret. Native Americans were kidnapped and forced into a life of slavery by conquistadors. Resendez sheds light on this neglected micro-history that deserves to be told. The Los Angeles Times called this book “one of the most profound contributions to North American History.” It is time that we learn about and understand the plight of Native Americans. This book is a must read.

There are thousands of books to choose from that highlight human rights. It is never too late to learn about people who may be of a different religion, who may be a shade darker, who may have a different sexual preference, or who speak a different language. Take time to read some of these books and appreciate the amazing things that people offer. We are all just people hoping to live our best lives.