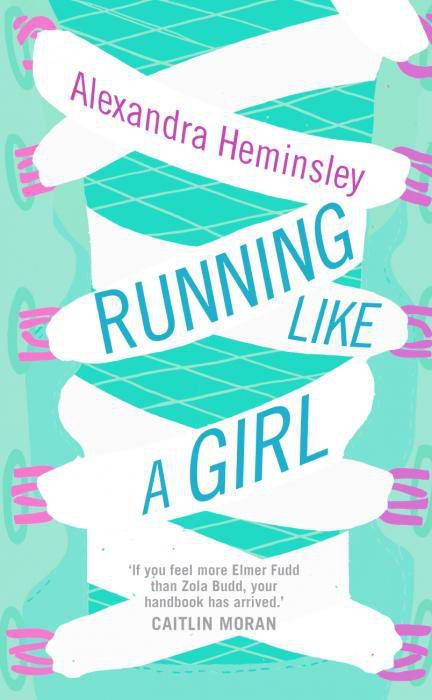 Running was always my preferred method of exercise, but it wasn’t until I moved to Washington state that it went from a casual pastime to a major obsession. The fact that I could comfortably run outside more or less all year and abandon that most joyless of all contraptions, the treadmill (it’s probably just me), meant that my running life skyrocketed. And so, of course, I did the first thing I do when I become interested in anything: I started reading obsessively about it. It’s what readers do.

There’s no shortage of reading material about running. There’s very technical stuff (which can be very useful) and for that, I find it useful to buy the occasional issue of a good running magazine and go from there. The books I want to talk about, though, aren’t how to run guides, not precisely, but are more memoirs about running. They explore the territory without necessarily stopping to give you precise mechanics about anything (the mechanics are easily to learn. A blessing of running is that it just isn’t that complicated) but instead telling you what it’ll be like, in both good and bad ways. 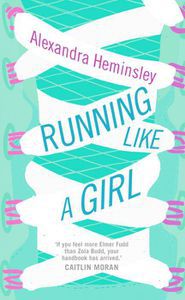 If you haven’t started running yet and are considering it, or you’ve just started running and it’s still an undiscovered country to you, this is the best book you can lay hands on and pour over. I got a review copy of it, picked it up to glance at without intending to get into it just yet…and I finished it in a single day, much to my surprise.

Running Like a Girl is an exploration of Alexandra Heminsley going from being out of shape and fairly certain she couldn’t do anything as impossible as running (let alone running a marathon, god forbid) to slowly making the first few runs. The book tracks her progress in a very comfortable, delightful to read manner from the hellish agony of that first time out running a pitiful distance (is the first run any fun for anybody ever? I kind of don’t think so) and it’s no spoiler to say that she sticks with it and works her way up to running marathons.

Along the way, she has to deal with all the little things any runner has to deal with: what do you do about shoes? How much do you spend, where do you get them, does it really matter (it does, trust me. It seems foolish to spend a ton of money on running shoes, but it can not only make the running easier and more fun, it can be the major thing preventing you from injuring yourself). For that matter, how do you deal with running and exercise stores, which can seem like arrogant holier-than-thou places to the nervous beginner? (Many of them aren’t. Some of them really, really are.)

It’s this book’s honest exploration of the downsides of running, as well as the upsides, which make it so invaluable to the beginning runner. Experiencing the defeat, the pain, the embarrassment (everyone is definitely looking at you while you run!) (they aren’t really, of course.) all of this lends tremendous power when she finally accomplishes the longer run, or the run without pain, or the marathon. And then the book carries on and explores what happens when you’ve achieved a big goal like a marathon and your drive for running kind of…stops. That’s a useful thing to see in a book, and one I don’t see often discussed: once you’ve achieved a state of being a runner, how do you maintain the drive?

When I chatter a lot about running, people occasionally email me wanting to discuss it, essentially wanting to know if they should go for it. I replied with long, burbling emails. Now, I would probably just send them copies of this book. It really does everything you need, and is a pleasure to read. 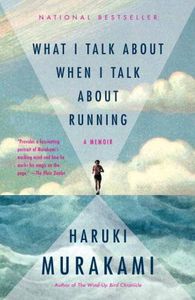 Haruki Murakami is probably the most famous novelist in Japan and is discussed a great deal because of that, so he’s frequently talked about in literary terms. What doesn’t get explored nearly enough for my tastes is the fact that he’s an avid, lifelong runner. His list of long-run exercise achievements is gobsmacking, and when you pile on all of the remarkable novels, it just gets depressing.

Unlike Running Like a Girl, Murakami’s book is not a detailed exploration of beginning to run, or even a mechanical how-to sort of book. What it is, basically, is a journal. It is a long series of meandering essays in which Murakami muses on the importance of running in his life, how it affects his life and his writing, what running has done for him, what he likes and dislikes about it, and also the process of running as you grow older.

Because it’s exploring and musing on life more than anything – just with a running inclination – it’s a good book for anyone to read, even if you aren’t a runner or looking to become one. If you’re looking for convincing that it’s the past time for you, I’m not sure you’ll find it here. If you already are a runner, it’s a fantastic rumination, though, for a runner at any level. I’ve read through it three times now and each time I do, I put it down and go for a long run. That sounds silly and trite, and it is, but it’s also true.

This was not only my first book on running, it was my first book by Haruki Murakami, who I had previously only experienced through his excellent interviews. The book sold me not only on my burgeoning pursuit of running, but also on reading more of his works. That’s a pretty good accomplishment for one little book, if you ask me. (I also keep some of Murakami’s running times written down on my desk. So help me god, maybe I can’t write books like he can, but I will outrun him one of these days.)

Go! Read! Run! Get an audiobook and do both at once!