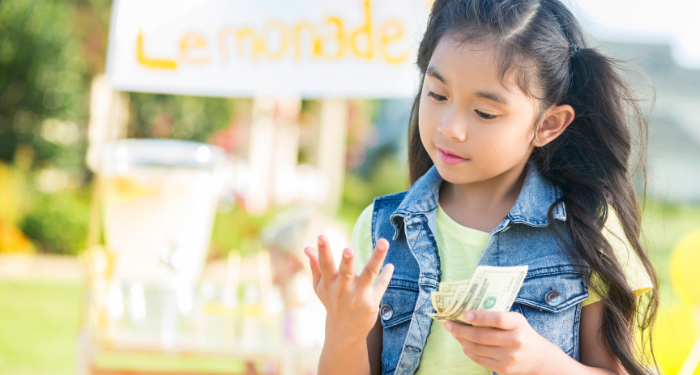 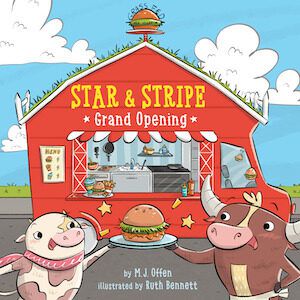 In this new, vibrant Richard Scarry-esque picture book series, a brother and sister cook up a sweet new business venture. Since they were calves, Star and Stripe have dreamed of running their own restaurant so they can share their mama's grassburgers with the citizens of Critter City. There are so many decisions to make with their new business and the siblings constantly butt heads on the right solutions. But with Stripe at the grill and Star reeling in customers, the brother and sister realize that when they hold hooves and work together, great things happen! It’s grasstastic!

Confession: I never ran a lemonade stand when I was a child. I never had a paper route. I had a lot of what could only be considered “schemes” for making money while I was growing up, but I was never within spitting distance of anything that could have been called “entrepreneurship.” I was too busy sewing together tiny scraps of fabric, gathered carefully from the floor of my mom’s tailoring shop, and dreaming of either ways to convince people to buy them or being a maligned princess-in-rags.

There are kids out there who are genuine entrepreneurs; they have great ideas and parents who recognize their ability and can support them with gentle guidance. I’m sure my own parents would have supported me, too, if my ideas had been any more workable than something a squirrel could come up with.

To help, I’ve collected a list of books by and/or about kids who are interested in the process of entrepreneurship — with all the challenges and problem-solving that go with it. These kids, both fictional and real, show us that it’s not just adults who have great ideas that can bear fruit. (That’s a lemonade stand joke and I refuse to be sorry). 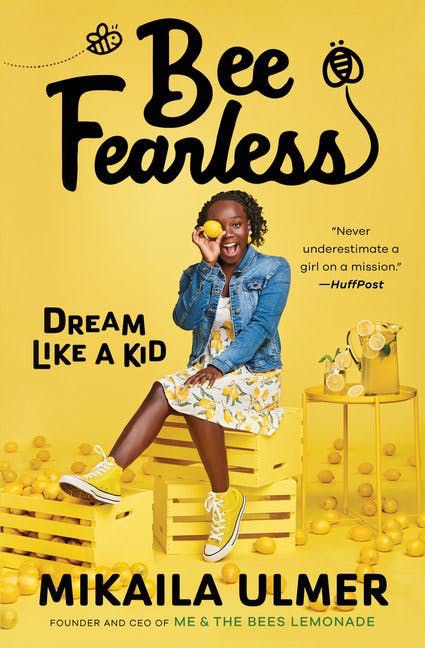 Bee Fearless: Dream Like A Kid by Mikaila Ulmer

Mikaila was stung by bees twice in one week when she was 4 years old. The experience frightened her, so her parents urged her to learn more about bees in order to counter her fear. The more she learned, the more she wanted to help bees, so she started a lemonade stand to raise money. Eleven years later, Mikalia shares her journey and her guidance for other young kids who have visions and missions of their own. 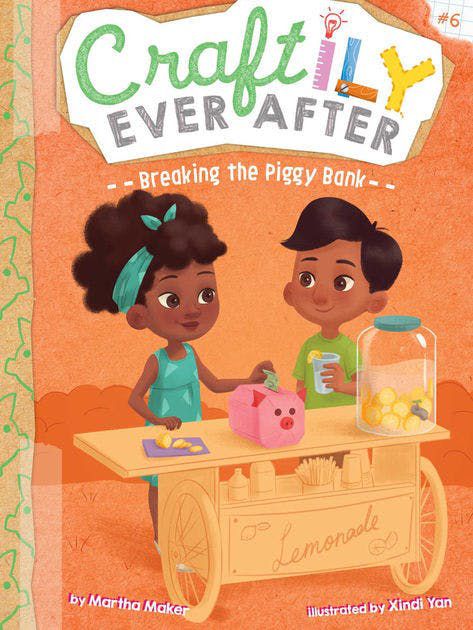 Craftily Ever After: Breaking the Piggy Bank by Martha Maker and Xindi Yan

Emily, Bella, Maddie, and Sam each brings a different kind of craftiness to the table, but their craft supplies are starting to run out, so the 8-year-olds decide to pool their allowance and open — what else? — a lemonade stand! But while the stand looks amazing, the lemonade leaves a lot to be desired. How will the foursome resolve the challenge and save their new business? 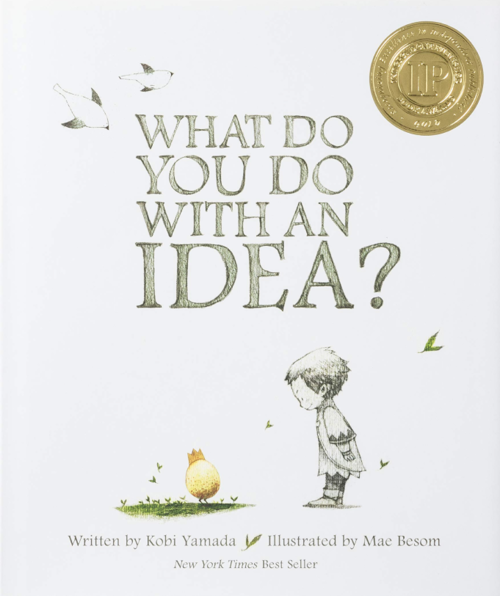 What Do You Do With An Idea? by Kobi Yamada and Mae Besom

This is the story of one brilliant idea and the child who helps to bring it into the world. As the child’s confidence grows, so does the idea itself. And then, one day, something amazing happens. This is a story for anyone, at any age, who’s ever had an idea that seemed a little too big, too odd, too difficult. It’s a story to inspire you to welcome that idea, to give it some space to grow, and to see what happens next. Because your idea isn’t going anywhere. In fact, it’s just getting started. 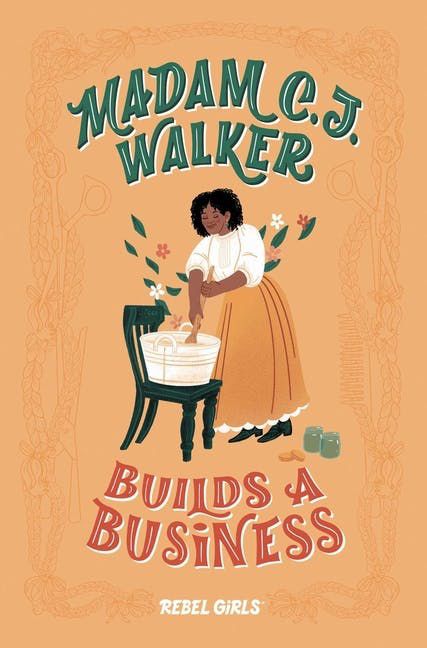 Sarah was the first person in her family to be born free in Delta, Louisiana, after the Civil War ended in the United States. She worked hard picking cotton for her family and doing other necessary chores. One day, Sarah’s hair starts to fall out! It’s itchy, crunchy, patchy, and won’t grow. Instead of giving up, Sarah searches for the right products. And then she invents something better than any shampoo or hair oil she’s used before. It is so successful that she renames herself Madam C.J. Walker and begins her business empire, becoming America’s first self-made millionaire. 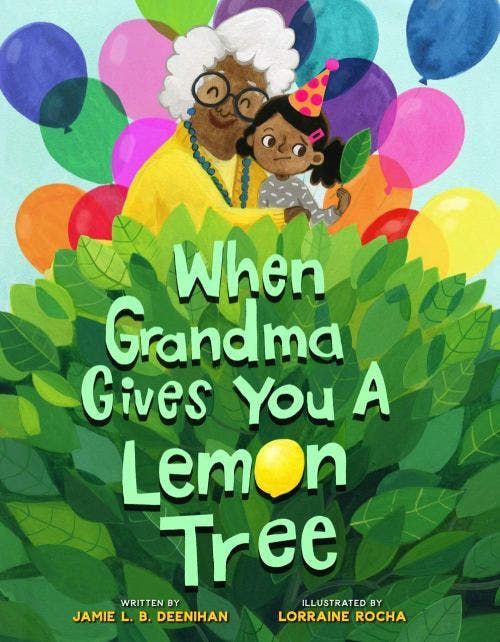 When Grandma Gives You A Lemon Tree by Jamie B. Deenihan and Lorraine Rocha

Grandma arrives to her granddaughter’s birthday party with nothing that was on the suggested gift list. Instead, she brings a lemon tree. Granddaughter decides to tend her tree carefully, and as she does, she discovers the joy of persistence and gaining a green thumb. The lemon tree rewards her with a bountiful harvest, and Grandma returns to help her grandchild turn her lemons into — you guessed it — lemonade so that she can buy the things on her gift list with her own money. But the child finds herself less interested in those things anymore, and more interested in what else she can grow. 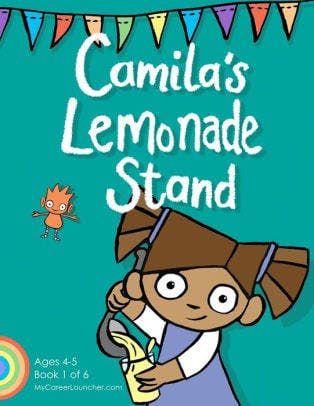 Camila is a plucky kid in the Career Launcher Crew, seven fearless children in search of their futures. When she finds herself with no money for the Ferris wheel, friendly sprite Itsy shows up to give her some good advice: she can start a business. What happens when Jaden opens a competing cookie stall? And will the dark clouds on the horizon rain out their fun? 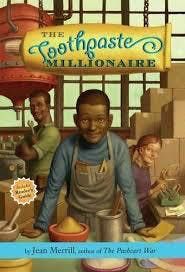 The Toothpaste Millionaire by Jean Merrill and Jan Parker

Rufus Mayflower didn’t start out trying to be a millionaire during 6th grade. He just wanted to save money on toothpaste. With the help of his friend Kate, he develops a process to make a gallon of toothpaste for as much as one tube costs at the store. By the time he is in 8th grade, he hasn’t only made gallons of toothpaste; he’s made a million! 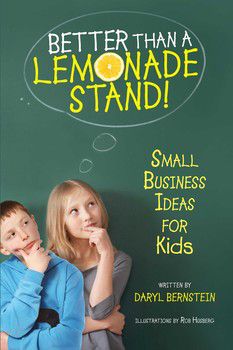 Better Than A Lemonade Stand! by Daryl Bernstein and Rob Husberg

Not that lemonade stands are bad! There are so many other ideas and ways for kids to generate a creative, problem-solving mindset, though, that a lemonade stand is just the beginning. This is is a fun guide packed with creative ideas that show how to start a business with little or no start-up costs, attract and retain customers, develop negotiating skills, and more — originally written when Bernstein was 15.

So what are you waiting for? Go out there and make your good ideas great, and always remember what Queen Beyonce’s grandmother said: “I was served lemons, but I made lemonade.”