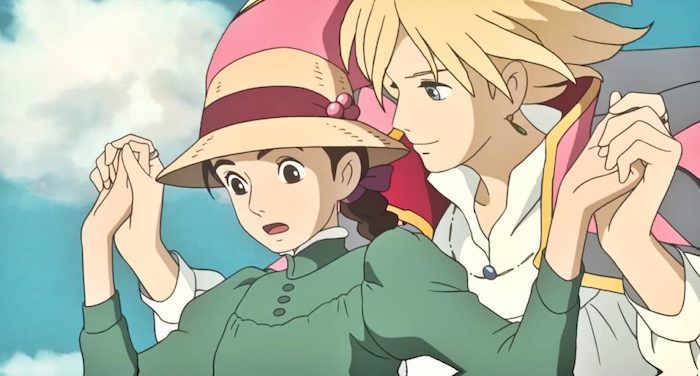 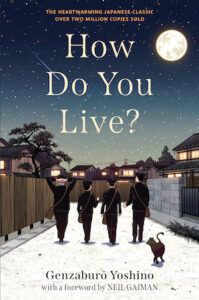 The beloved Japanese classic receives its very first English translation, along with an introduction by Neil Gaiman. First published in 1937, Genzaburō Yoshino’s How Do You Live? has long been acknowledged in Japan as a crossover classic for young readers. Academy Award–winning animator Hayao Miyazaki (Spirited Away, My Neighbor Totoro, Howl’s Moving Castle) called it his favorite childhood book and announced plans to emerge from retirement to make it the basis of a final film.

For achingly beautiful imagery and fanciful storytelling, there’s nothing better than the animation of Hayao Miyazaki. With complex characters, vividly drawn worlds, and plots that run the spectrum from action-packed to “just vibes,” the films captivate viewers young and old. Because of the somewhat limited catalog, Miyazaki fans are always craving more. So what are the best books for Miyazaki fans?

The obvious answer is to check out both books that inspired the films and books made from the films. Howl’s Moving Castle is both book and movie, delightful in both forms. The Secret World of Arrietty, with a screenplay cowritten by Miyazaki, takes inspiration from The Borrowers by Mary Norton. Miyazaki films are also frequently made into graphic novels. Nausicaä of the Valley of Wind, Spirited Away, and Kiki’s Delivery Service all received that treatment. There are books of the films’ artwork as well. But if you’re looking for other stories that evoke Miyazaki-esque feelings, you’ve come to the right place.

Books for Miyazaki fans run the gamut of age range and genre, but there are themes that tie them together. Imaginative worlds to get lost in, inhabited by wondrous creatures. Determined characters who get creative and learn to believe in their own powers. Antagonists who come in varied forms, often with trickster attributes that don’t sit neatly on a good-to-bad spectrum. And plots highlighting humanity’s responsibility to care for our natural environment. I’ve curated a selection of books that touch on these themes with stories both serious and whimsical, rooted in folklore or everyday life. You’re sure to find one that can match your favorite Miyazaki film. 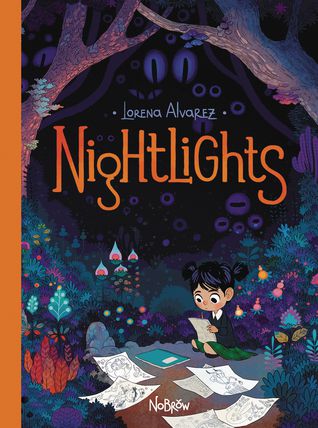 Lavishly illustrated graphic novels almost seem like cheating when it comes to recommending books for Miyazaki fans. But in Sandy’s room, tiny stars appear in the dark that she gathers and sculpts into creatures to play with. When a sinister force tries to control Sandy’s imaginative nighttime world, she has to get clever and take back control. Still, the conflict is light, the artwork is sumptuous, and the creatures Sandy creates would be right at home in a Miyazaki film. 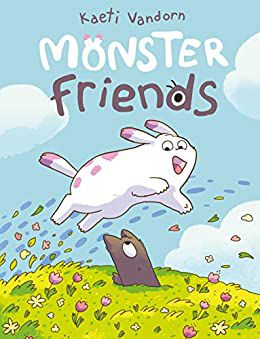 My Neighbor Totoro is a somewhat confounding film. It takes some liberties with what we might call “narrative structure.” I find it’s best to watch with kids, who are way less bothered by the dearth of plot than adults tend to be. Monster Friends is just the book if you want adorable monsters making friends without too much plot in the way. The monsters are squishy and shapeshifting and provide gentle encouragement for readers to grow, explore, and share their feelings. 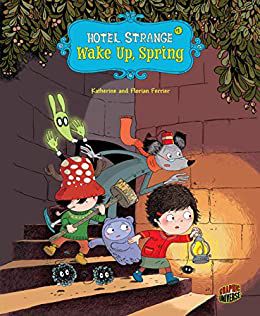 Wake Up, Spring by Katherine Ferrier and Florian Ferrier

You’ll see I’ve taken a lot of inspiration from Spirited Away in this list. It’s my favorite Miyazaki film, after all. But honestly, how can you see a children’s graphic novel about adventures in a hotel for monsters and not think of the bathhouse in Spirited Away? The story explores why spring hasn’t arrived yet for the Hotel Strange despite the calendar date. The characters embark on a journey to find Mr. Winter and see if Mr. Spring has been kidnapped. It’s charming, delightful, and humorous.  Something I love deeply in Miyazaki movies is the depiction of food, always rendered with exquisite care. Not only does Wake Up, Spring have detailed illustrations, it and the other books in the series contain recipes at the end of the book! 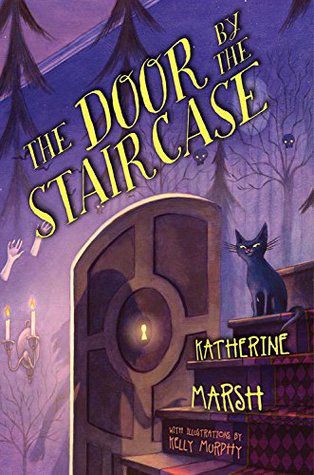 The Door by the Staircase by Katherine Marsh and Kelly Murphy

While Miyazaki has never animated a Baba Yaga story, they seem very much within his bailiwick. Between Howl’s castle that literally moves and Yubaba, the powerful witch in Spirited Away, there are traces of Baba Yaga in Miyazaki’s work. So a novel that actually includes the trickster witch is perfect for a list of books for Miyazaki fans. In this darkly funny middle grade novel, 12-year-old Mary Hayes is finally adopted from the Buffalo Asylum for Young Ladies. But when she finds herself with a mysterious adoptive mother in a town full of tricksters, she doesn’t know who to trust. This book is a fun take on the oft-retold Slavic folktales. 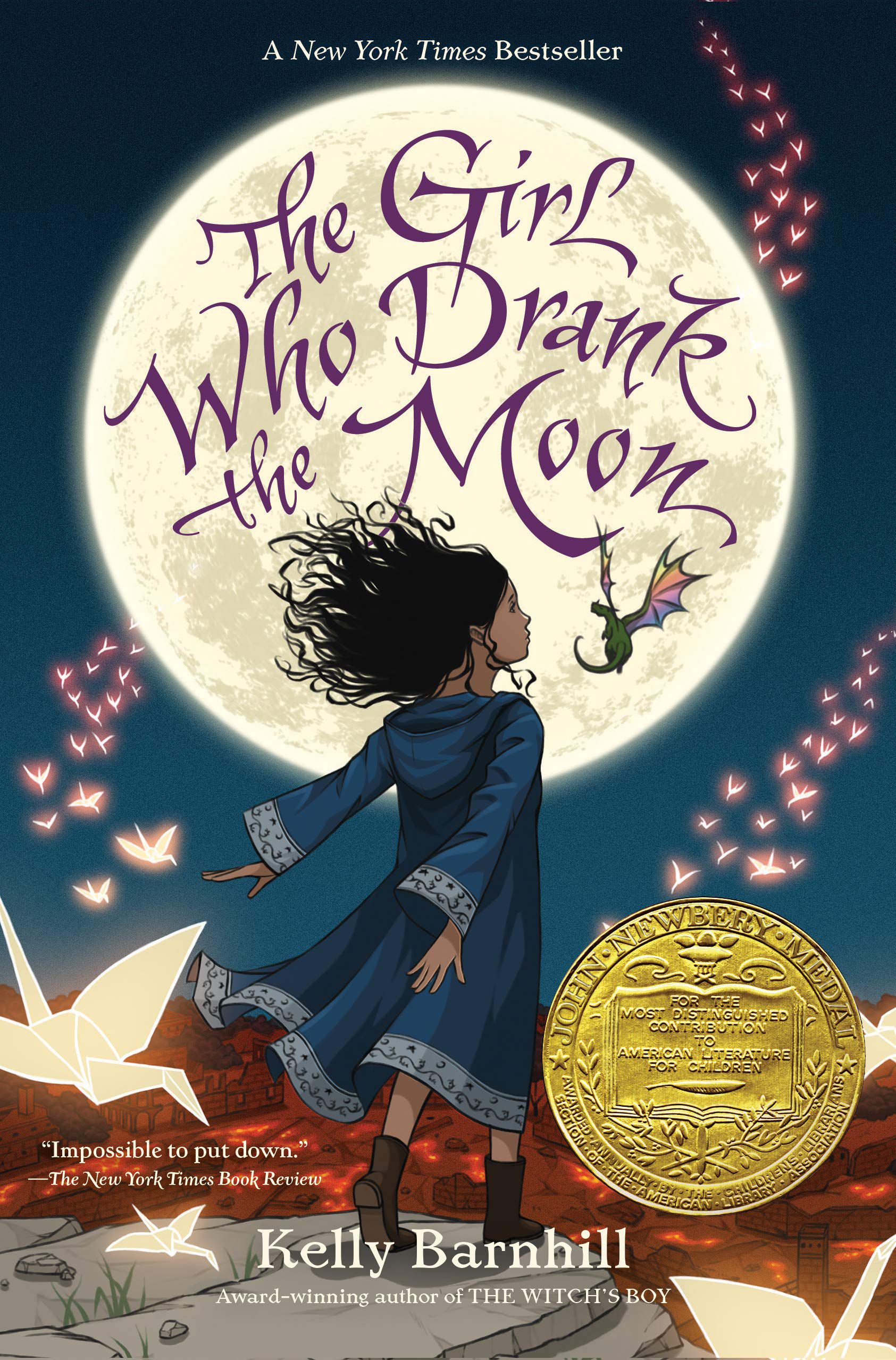 The Girl Who Drank the Moon by Kelly Barnhill

Truly one of my all-time favorite books, this middle grade fantasy offers all the emotional heft of a Miyazaki film with its fair share of whimsy and adventure. The story follows misunderstood forest witch Xan, who is lovely despite the Protectorate’s notion of her. She nurtures the baby left for her as an offering, but feeds her moonlight instead of starlight. This accident imbues the baby, named Luna, with extraordinary magic, which she must use to set a troubled world to rights. Plus there is a tiny dragon and a poetic swamp monster to absolutely fall in love with. Even if we are never blessed with a cinematic adaptation of this book, the text itself is pure wonderment. 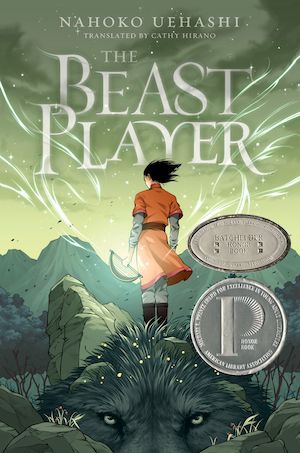 Determined, clever female characters are everywhere in Miayazaki’s work, and Princess Mononoke in particular depicts a fierce femininity. As does The Beast Player, an epic YA fantasy about a girl who finds great power in communicating with magical animals. She will harness her powers to prevent her animal companions from being used as tools of war. These themes will sound familiar to fans of Miyazaki’s running interests in communion with nature and the futility of war. 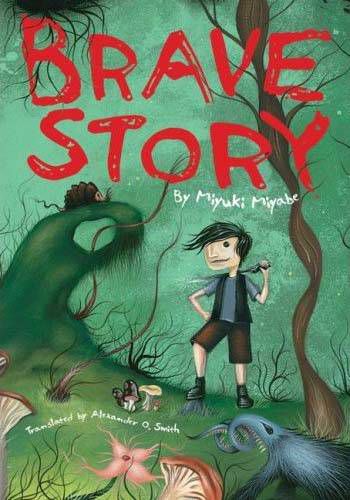 One of the reasons Miyazaki films are so beloved by people is the complexity of the characters. Big stakes may be in the balance, but a central journey for characters is to deeply understand themselves. A similar vibe is to be found in Brave Story, a YA novel translated from Japanese. Wataru Minari is looking to change his life, a desire that requires him to traverse the magical world of Vision, full of wondrous and fearsome creatures. He’s given a quest that promises to unlock his fate. But he also has to figure out how to come to terms with a world where morality is much hazier than the black and white of a typical good vs. evil story. 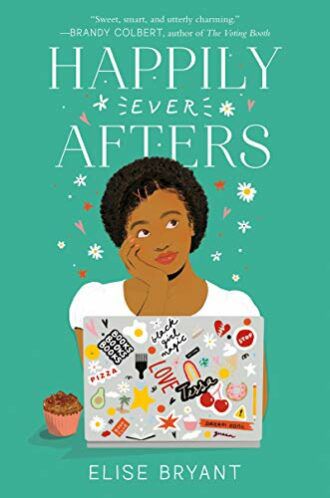 Miyazaki wrote the screenplay of Whisper of the Heart, my most recent Studio Ghibli watch. I love stories that depict a slice of life with just a touch of magical realism. At its heart, the story is about a girl who is inspired to write because of her real life relationships. In Happily Ever Afters, romance-novel-loving Tessa Johnson never sees herself in the swoony books she reads. So she actively pursues a real life romance to fuel her own writing. Like a Miyazaki film, Tessa’s story is packed with charm and a heartfelt journey to understand herself. 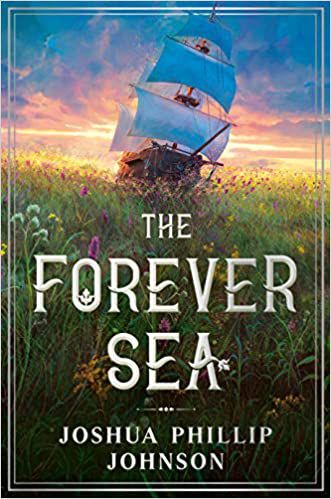 Miyazaki is known for both fanciful and frightful airships, as seen in Castle in the Sky and ​​Nausicaä of the Valley of the Wind. The Forever Sea uses the concept of imaginative ships and places them in the unique setting of vast prairie grasses. Kindred Greyreach is trying to uncover why her grandmother disappeared into the sea. So she embarks a journey that tangles her up in politics and piracy. With environmental themes, this books will interest those who like Miyazaki’s more pointedly political films. 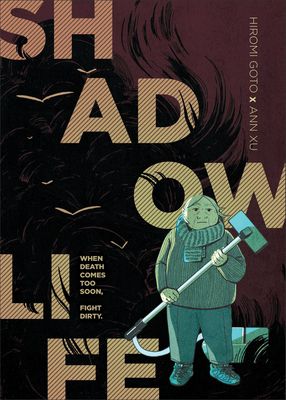 Have you ever wondered what a Miyazaki girl protagonist would be like as an older woman? Shadow Life might represent such a future. It’s a graphic novel about an old woman on the run from the assisted living facility her children placed her in. Death’s shadow has followed her and is coming to claim her. But she won’t go down without a fight. Kumiko is quirky and headstrong like any Miyazaki heroine. The book also deftly blends a look into someone’s daily life with surreal fantasy, another Miyazai hallmark. 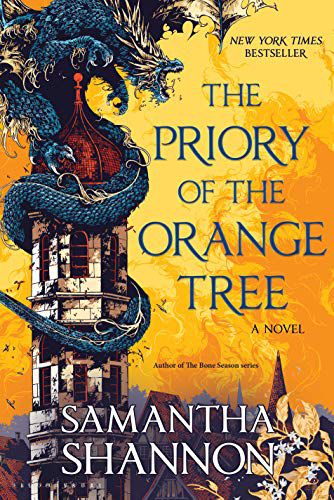 One of my favorite features in fantasy entertainment are creatures who might be fearsome wild beasts but are in fact gentle and wise. Often it’s about approaching these beasts with the right spirit. I think of Chihiro in Spirited Away and Haku, the dragon river spirit. The Priory of the Orange tree features multiple fantastical creatures, including dragons, in an epic tale of a world divided. The novel weaves the threads of many richly drawn characters whose lives will intersect in their quest to prevent chaos from being unleashed on the world. Tané is the dragon riding character, and the fascinating creature she meets carries the deep wisdom and empathy of many creatures in the Miyazaki universe.

I’m sincerely hoping you can find something on this list to whisk you away to a world of wonder and enchantment. If you’ve exhausted this list of books for Miyazaki fans, we have another that goes movie by movie. In conclusion, did you know that this article has a soul? It’s true, according to the Baron from The Cat Returns. He said, “Whenever someone creates something with all of their heart, then that creation is given a soul.”