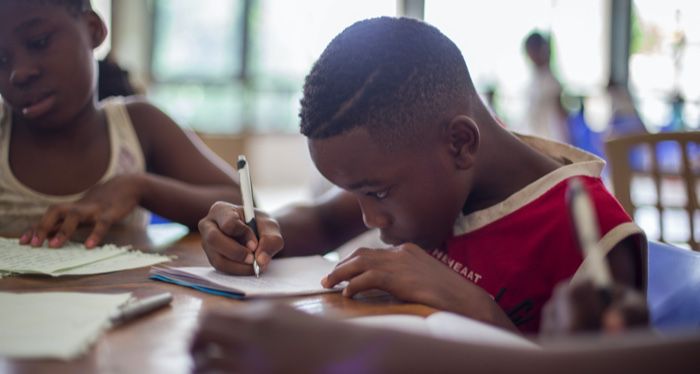 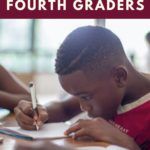 This list of the best books for 4th graders aims for the 9- and 10-year-old’s sweet spot. Not too old, not too young; not too serious, not too silly. 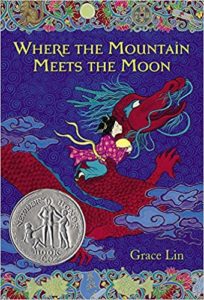 This award-winning novel is a book for all ages. It’s a perfect road-trip fantasy, and it’s a crowd pleaser for kids and adults.

The novel is inspired by Chinese folklore. It opens in the Village of Fruitless Mountain, where 10-year-old Minli lives with her family. Minli sets off from home in a series of nested adventures, something like a journey through 1001 Nights, but for kids.

Grace Lin is worth following anywhere.

My fourth grader also recommends Lin’s 2) When the Sea Turned to Silver and 3) Starry River of the Sky. All are family favorites.

4) Keeper of the Lost Cities by Shannon Messenger

My 4th grader can’t stop reading this series. In the opening book, a telepathic 12-year-old has never quite fit in. Finally, she meets Fitz and discovers a different world. She must leave her old life and figure out a new one before things go very wrong.

There are currently eight books in this compulsively readable series. 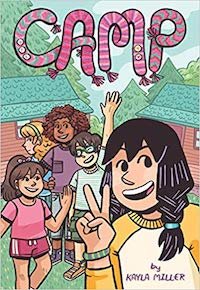 This book would make a fun gift for a kid going off to summer camp for the first time.

It follows Miller’s popular Click, and it sees protagonists Olive and Willow nervously head off to camp.

Olive makes friends right away, but Willow struggles. This book gets both the stress and the excitement of sleep-away camp.

“Open this entrancing book and meet Shakespeare’s Queen Titania, springing up with her silver wings aflutter.” This is a delight for fans of elves, castles, hobgoblins, and trolls. It is a 3D book with both facts and fancy, brownies and menfolk and more.

Eleven-year-old Clara is an ordinary girl, so-called. But everything changes after an encounter with a huge and frightening black cat. It scratches her, and Clara is wracked with fever. Clara’s mother knows there is only one solution, and it’s with Aunt Isa in the wild woods. A wondrous Danish fantasy, now in English.

There are currently four Wildwitch books. 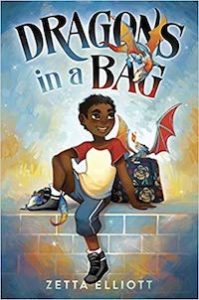 After his mom leaves him in Brooklyn with grouchy “Ma,” 9-year-old Max finds a mysterious package on her table. This sets in motion a series of magical events.

As it turns out, Ma just might be a real witch who must return three dragons to their magical realm.

This is an enthralling city-based fantasy for kids.

Ana Maria is living in a two-bedroom in Washington Heights with her parents and three sisters. Then her parents announce a new baby is on the way! All Ana Maria wants is to practice piano and get good enough for a new school. But it’s not easy to practice with so many competing needs in one small space.

Wolf and Dog are cousins. Wolf is wild and lives in a forest on top of a hill. Dog is tame and has a basket and an owner. In these nine funny short stories by the popular Flemish children’s writer Sylvia Vanden Heede, Dog and Wolf discuss the important things in life. Food, for instance, and also family and fleas. 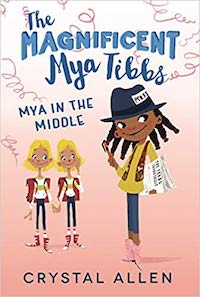 The Magnificent Mya Tibbs: Mya in the Middle by Crystal Allen and Eda Kaban

This third and final book in a series focuses on middle child Mya.

Like many middle children, Mya struggles to get the attention of her sleep-deprived parents. Mya’s baby sister is too cute, and her older brother is too smart. Her struggles will be familiar to many middle kids.

12) Who Can Crack the Leonardo da Vinci Code? By Thomas Brezina, Translated by Hannah Sartin

This an excellent book for the mystery-oriented 4th grader! It’s a children’s adventure book. In it, accompanied by a little dog Pablo, readers start their journey in a Museum of Adventures. From there, they travel back in time to meet the artist himself.

Using the tools provided, readers can solve seven riddles hidden inside Da Vinci’s paintings. When they do, they can save the museum from cunning villains. 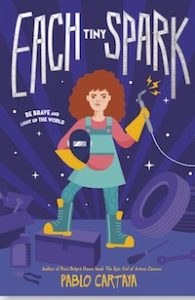 Emilia is having a tough time. At school, she can’t focus. At home, her dad is newly home from deployment. He’s spending a lot of time alone in his studio, welding.

Eventually, Emilia and her father begin to weld together. The shared experience brings them together and helps them heal.

This book is a heartbreaker. In it, Jingwen has immigrated to Australia after the death of his father, along with his mother and brother. Jingwen struggles to learn English and feel motivated in class. The only thing that still makes him happy is baking pies, something he shared with his bakery owner father. 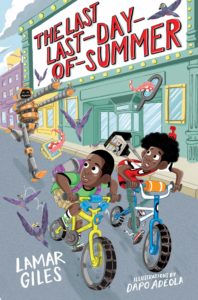 This is a quirky adventure novel about cousins Sheed and Otto Alston, legendary heroes in their hometown. This book has everything that you might for a rollicking adventure: time travel, robots, time freezing, magic mirrors and familial bickering. Overall, this strange tale kept me on my toes and left me with a smile on my face.

16) Max & The Midknights by Lincoln Peirce

This half-book, half-comic hybrid is set in the Middle Ages. In it, Max is a troubadour wandering 14th century Europe in the hopes of finding an epic quest. He needs just such a quest to make him a knight. 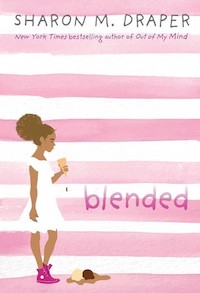 Isabella is struggling to deal with her parents’ divorce. She’s torn between the worlds of her white waitress mother and her Black lawyer father.

Both are in serious relationships with other people and have a hard time being around each other.

Isabella’s parents finally find a way to make common cause after Isabella and her half-brother are stopped by police.

18) The Case of the Missing Auntie by Michael Hutchinson

On the list of the American Indians in Children’s Literature list of “Best Books of the Year” in 2019.

In The Case of Windy Lake, Hutchinson introduced four mystery-solving Cree cousins: Atim, Chickadee, Samuel, and Otter. The four of them are known as the Mighty Muskrats. In this book, the Muskrats head for the city to visit even more cousins. 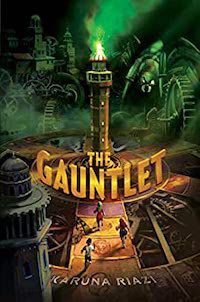 19) The Gauntlet by Karuna Riazi

In this book, a trio of friends find themselves trapped inside a mechanical board game, something like a giant Rubik’s cube. They must take it apart, and defeat the game’s architect, to save themselves and other children.

More than anything, 12-year-old Farah and her two best friends must save Farah’s baby brother Ahmed.

They do this with the help of a lizard guide named Henrietta Peel and an aeronaut Vijay. They battle camel spiders, red scorpions, grease monkeys, and sand cats.

Farah is finding 5th grade difficult. A new girl shows up and starts bullying Farah’s younger brother. Farah decides she wants to deal with it on her own.

For 4th graders who are looking forward to 5th, and especially those who enjoy cooking. This book also includes the author’s recipe for hummus. 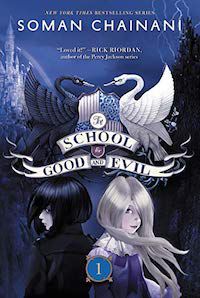 21) The School for Good and Evil by Soman Chainani

“The first kidnappings happened two hundred years before. Some years it was two boys taken, some years two girls, sometimes one of each. But if at first the choices seemed random, soon the pattern became clear. One was always beautiful and good, the child every parent wanted as their own. The other was homely and odd, an outcast from birth. An opposing pair, plucked from youth and spirited away.”

This is the first book in a best-selling series, and it follows Sophie and Agatha as they make their way into their new lives. Sophie thinks she’ll be headed for the School for Good. Agatha, it seems, will be going to the School for Evil. The two girls are surprised as their assignments are reversed.

One of the many delights by Funke, along with her Inkheart series and her wonderful The Thief Lord.

In this book, a young dragon named Firedrake gets a frightening warning. Humans are planning to destroy his valley. All the dragons must flee, and Firedrake needs to help them look for a new home. With a lonely boy named Ben on his back, Firedrake might have a chance. 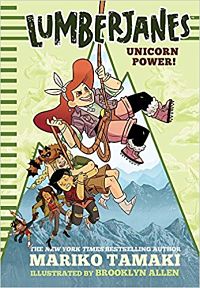 The Lumberjanes is a fun adventure series. In this book, April leads her friends up a mountain. Except…they didn’t plan to run into the Cloud People.

The characters are bright and quirky, fun to spend time with, both for 4th graders and their adults.

24) The Unicorn Quest by Kamilla Benko

“Claire Martinson still worries about her older sister Sophie, who battled a mysterious illness last year. But things are back to normal as they move into Windermere Manor…until the sisters climb a strange ladder in a fireplace and enter the magical land of Arden.

“There, they find a world in turmoil. The four guilds of magic no longer trust each other. The beloved unicorns have gone, and terrible wraiths roam freely. Scared, the girls return home. But when Sophie vanishes, it will take all of Claire’s courage to climb back up the ladder, find her sister, and uncover the unicorns’ greatest secret.” 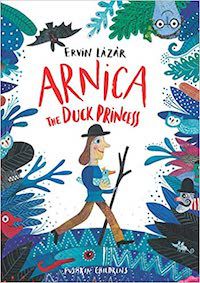 A classic Hungarian’s children’s story. In it, clever Princess Arnica loves Poor Johnny. Both are cursed by the Witch of a Hundred Faces. One must always be a duck, one must be human.

The Seven-Headed Fairy must help them, but will she come in time?

A story of friendship for children of all ages.

Find even more books for 4th graders in our list of the best chapter books for kids.