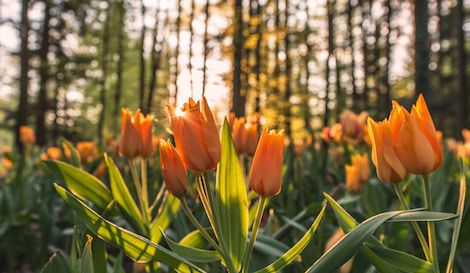 Though winter lingers on in the Northern hemisphere, spring is trying to sneak her way back into the world (or out of Hades, whichever you prefer). What better way to celebrate than to read a few fiction books featuring flowers? The novels listed here aren’t necessarily based on spring, but they do all have a flower theme either in the metaphorical or plant sense.

As I pulled together this list, I discovered that many authors use flowers as a shorthand for fragile femininity. Because of this, I wanted to find books that tempered the vulnerability of their protagonists with strength. Luckily, there are a lot of wonderful authors out there who write complex characters. Here are just a few of them. 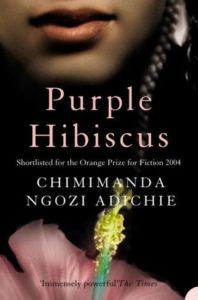 Purple Hibiscus revolves around a fifteen year old girl Kambili who is raised in a religious and restrictive home surrounded by frangipani (plumeria) trees. When she and her brother are sent away to live with a boisterous aunt, Kambili discovers there is more to the world than she ever expected.

Min is a prolific author who has a penchant for book names involving nature. (Red Azalea, Wild Ginger, The Cooked Seed, etc.) Empress Orchid is the first book in her historical fiction series about a young impoverished woman who eventually becomes Chinese Empress Dowager Cixi.

The Tea Rose by Jennifer Donnelly

For folks interested in murder – and flower fiction does love a good death – there is always The Tea Rose. In this novel, Fiona Finnegan tries to survive late 1800’s London and dreams of opening her own tea shop. (Surely tea is like a flower?) When disaster strikes, Fiona must flee to New York. The narrative is melodramatic in all of the best ways.

The Rose Garden by Susanna Kearsley

Continuing the theme of melodrama, we have The Rose Garden. After the death of her sister, Eva returns to her hometown to scatter her ashes. In addition to finding the ghosts of her own past, Eva discovers that she can stumble hundreds of years in the past. There, she finds herself falling in love with a man who died centuries before she was born. This is a great book for fans of Diana Gabaldon’s Outlander books. 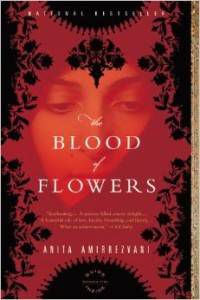 The Blood of Flowers by Anita Amirrezvani

Amirrezvani’s novel follows a young woman in seventeenth-century Persia who must work as a servant for her uncle, a rug designer, after the death of her father. As her talent and professional success blossoms, her hopes for a peaceful, loving marriage dim. Through her craft, she finds freedom.

Peony in Love by Lisa See

See’s historical novel follows a young Chinese woman named Peony who sneaks away from her family home to watch an epic opera. While there, she becomes enraptured with a young man. Peony’s quest to find happiness and connect with the man is disrupted when the Manchus seize power and overtake the Ming dynasty.

A Memory of Violets: A Novel of London’s Flower Sellers by Hazel Gaynor

In the early 1900’s, Tilly Harper travels to London to become a housemother for the young orphans who sell posies on the streets to survive. When she arrives, she discovers the diary of an Irish flower girl who died after being separated from her sister. Tilly digs into the past to discover what happened to the sisters, and it takes her further than she ever imagined. 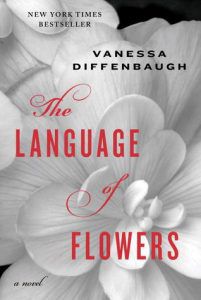 In Diffenbaugh’s debut novel, Victoria Jones uses her talent for the language of flowers to help others. For Victoria, flowers are a way to deal with her own troubled past, but they also highlight the ways she has cut herself off from life.

And now for a few bonus bits of nonfiction books featuring flowers! (There are so, so many novels about flowers. So many.)

The Tulip by Anna Pavord

The Botany of Desire by Michael Pollan

We know you’re gonna want more flowers. Check out “Spring Is In The Air: Books With ‘Flowery’ Titles” and “41 Ways To Have A More Bookish Spring.”