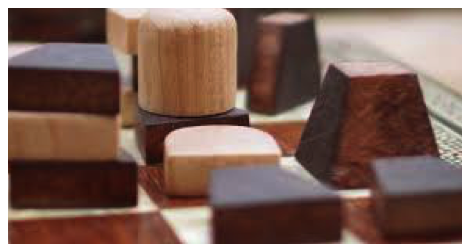 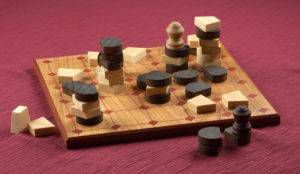 There’s nothing quite like when a book comes alive to the reader, when what’s inside stops being just words on a page, but also lives fully in the reader’s mind, a living, breathing, real thing. But there are those rare instances when a book not only lives in the mind, but in the outside world as well; when aspects of a story are translated into t-shirts, jewelry, knick-knacks, and more, tangible evidence of a narrative laid bare. And sometimes, these things that become real are games. Such is the case of Tak!

Tak is from the world of Patrick Rothfuss’s “Kingkiller Chronicles,” an epic fantasy series centered around the mysterious rise and fall of a magician hero, Kvothe. In the second book, The Wise Man’s Fear, he takes a trip to a court a world away, in the country of Vintas, and while there befriends a man named Bredon who insists he learn how to play Tak. Tak is a board game that’s existed in this world for centuries, though Kvothe is only learning it now. Not much is given in the way of details, except that it is, “a beautiful game,” and that the point is not to win, but to play as elegantly, and smartly as possible. 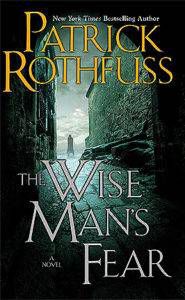 A game designer friend of Rothfuss, James Ernest, came to him and asked permission to see if he couldn’t design the actual game itself, going off of what details Rothfuss included. While initially reluctant, Rothfuss said Ernest could give it a shot, and when Ernest came back to him later, and they sat down to play, all Rothfuss could do was shake his head ruefully, and say, “You did it. This is Tak.” A Kickstarter was successfully funded, and now Tak lives!

It’s a fascinating game to play in reality, and not just because it feels like a piece of the book’s world lives in my apartment. (Patrick Rothfuss even wrote a game book with the complete history of the game in the world of his novels). It’s a beautiful game set, replete with solid, wooden pieces, and even gameboards of varying beauty and styles, though the original set comes with a classic cardboard playing field. Designed simply, it is a game that, the further you play, the more it blooms open.

The goal of Tak is to build a road of your pieces from one side to the other. They have to run north to south or east to west, and adjacent squares don’t count. Opponents can build walls by turning a piece on its side to halt your progress, and either player can use their Capstone to crush those walls. You either play into a new square every turn, or stack one of your pieces on the square next to yours. The higher the stack, the more power you have, and the farther you can potentially move. And that’s it! It’s rules are very finite, and it’s goals are simple. But the beautiful game comes in the playing of it.

My first game I played with my good friend, to whom I had actually just given a tavern version of Tak (smaller pieces in a cloth traveling bag with a cloth board), and we played maybe three games in ten minutes, each of us working to understand the rules, and honestly, messing around for the most part. But the next two games took about five minutes a piece. The last one we played took ten minutes. The more we played, the more the game slowly opened up, like a flower unfurling.

Now, having played with him, my brother, my Dad, my co-workers, and more, it’s a game that is just as it is reflected in the book: a beautiful game meant to win in the right way, not the easiest or the quickest way. If you don’t play beautifully, why bother playing the game? What it means to play beautifully is ever-shifting as my friends and I work to find new ways to play (and no, playing a game of entirely walls doesn’t count, MATT), but I’m looking forward to spending more time with it, and finding all the ways to play such a beautiful game.