2019 is shaping up to be a great year for books by Muslim authors. As we ease into another Ramadan, there’s no better way to show support for #ownvoices Muslim narratives in the current political climate than by reading Muslim-authored books during the holiest month in the Islamic calendar.

We’ve already shared some books by Muslims to read during Ramadan and 30 books for the 30 days. But, too often, UK Muslim authors fall under the radar and don’t get the visibility or attention they deserve and need. If you’re looking to diversify and expand your #MuslimShelfSpace this Ramadan, here are just a handful of books by UK Muslim authors to include on your TBR. 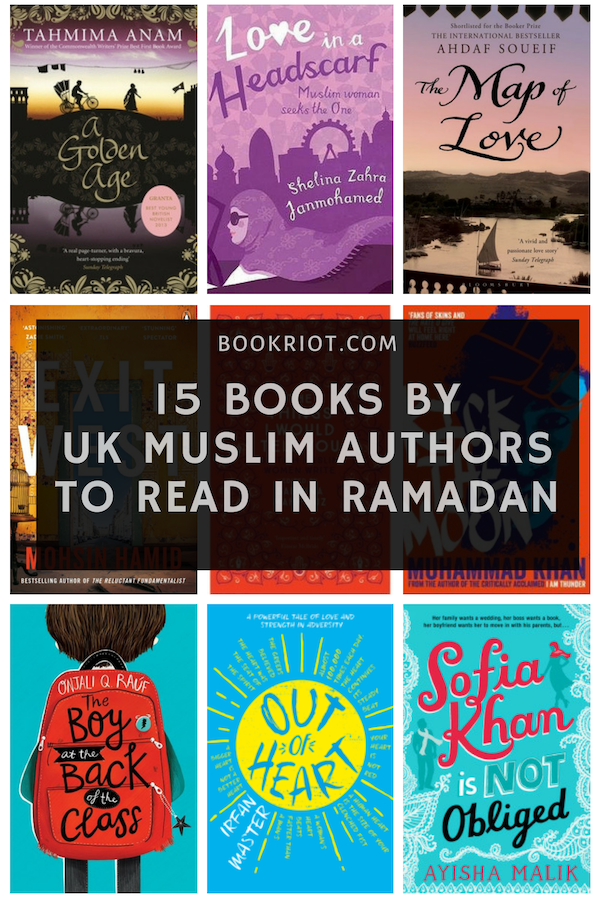 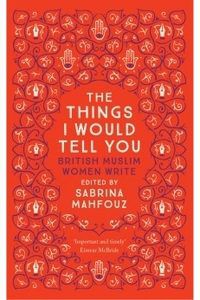 The Things I Would Tell You: British Muslim Women Write edited by Sabrina Mahfouz

Selected by Emma Watson for her feminist book club earlier this year, this is a groundbreaking collection of short stories, essays, plays, and poems from Muslim women across the UK. Contributors include established authors like Kamila Shamsie, Chimene Suleyman, Ahdaf Soueif and Leila Aboulela, as well as emerging British-Muslim writers and poets.

It’s Not About The Burqa edited by Mariam Khan

This compelling collection of essays answers the complex question of what it means to be a Muslim woman in the West today. With a diverse range of topics including faith, feminism, sexuality, and race, the anthology dismantles the dominant narrative surrounding Muslim women by amplifying the voices of 17 women who are cut from the same cloth but made of more than just the clothing they wear.

Love In A Headscarf by Shelina Zahra Janmohamed

This memoir takes a humorous approach to growing up as a Muslim woman searching for love. Through an assortment of aunties and arranged marriages, Shelina’s journey for love is not just about finding the one but also discovering yourself and your faith along the way. 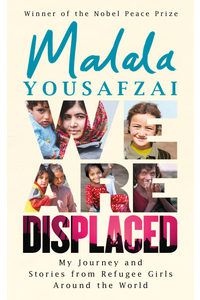 We Are Displaced by Malala Yousafzai

Nobel Peace Prize winner Malala Yousafzai shares her own experience as an Internally Displaced Person as well as the stories of young refugees during a time of immigration crises, war and border conflicts. As a human rights activist, Malala is an inspirational role model for so many of us. Her memoir, I Am Malala, recounts her story of losing her home and the only world she’s ever known.

This lighthearted and humorous novel follows Sofia Khan, a South Asian Muslim woman, who has given up trying to find the perfect future husband – that is, until she is asked to write a book about Muslim dating for work. As she meets friends, relatives, and complete strangers in search of stories for her book, she soon finds herself falling in love. Her story continues in the sequel, The Other Half Of Happiness.

The Map Of Love by Ahdaf Soueif

This historical fiction novel takes place at the beginning and end of the 20th century. In 1901, Anna Winterbourne leaves England for Egypt, where she falls in love with Sharif Pasha al-Baroudi. Nearly 100 years later, Isabel Parkman, a descendant of Anna and Sharif, makes a similar journey to discover the truth behind her heritage and unravel the story of her ancestors’ love. 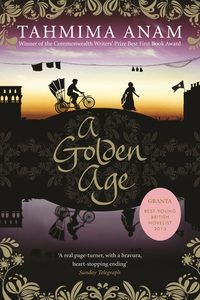 A Golden Age by Tahmima Anam

Set against the backdrop of the Bangladesh Liberation War, young widow Rehana Haque is forced to make difficult choices to keep her family safe in the country’s fight for independence. This is the first book in Tahmima Anam’s Bengal trilogy which spans numerous years and historical events that have shaped Bangladesh into the country it is today.

This book follows five characters who each have their own interpretation of what it means to be British-Muslim. In the shadow of their father’s past, the Pasha siblings – Isma, Aneeka, and Parvaiz – live under the watchful eye of the Home Secretary Karamat Lone and become entangled with his son, Eamonn. Powerful and thought-provoking, the fates of the two families are intertwined in this timely novel about the sacrifices we make for those we love.

With elements of magical realism, this novel follows two young lovers, Nadia and Saeed, as they navigate their lives in a country threatened by war. As the landscape begins to shift with each bombing and checkpoint, they start hearing whispers about magical doors that can guarantee their safety at a price. An unforgettable story with a unique view on the refugee crisis, Nadia and Saeed are forced to leave their homeland and emerge into a new life and uncertain future. 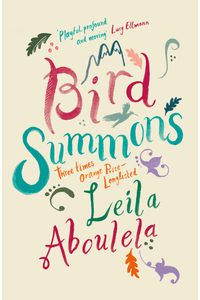 This is the story of three women – Salma, Moni and Iman – who long to escape their lives and embark on a trip to the Scottish highlands to pay homage to the first British female convert to Islam who performed the Hajj pilgrimage. There, they are each visited by a sacred bird who comes with fables from Muslim literature and Celtic folklore that force them to question how much they have sacrificed in the name of love.

The Tower by Shereen Malherbe

Inspired by the events of the Grenfell Tower fire that claimed the lives of 72 residents, this novel charts the unlikely friendship of two women – Reem and Leah – who come from very different worlds. It poses the question of what it means to call a place home and stresses the importance of unity and tolerance in the wake of tragedy.

This young adult love story revolves around its main characters, Ali and Amirah. Both relatively conservative Muslims, the narrative explores their relationship with their faith and each other and asks whether they can ever have a halal “happily ever after”? 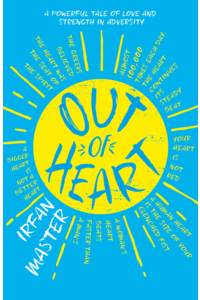 Out Of Heart by Irfan Master

When Adam’s grandfather passes away, he donates his heart – the most precious gift he could ever give. And although Adam is only just a teenager, he feels the weight of the world upon his shoulders. Quiet and poetic, this is the story of his friendship with William, the man who receives the transplant and helps Adam’s family come to terms with their loss.

Kick The Moon by Muhammad Khan

This book follows 15-year-old comic book enthusiast Ilyas Mian as he navigates the minefield of high school whilst bearing the weight of a dozen expectations on his shoulders. In his attempt to make brown superheroes the norm, Ilyas must become his own superhero to fight the toxic masculinity in his community and stand up to his bullies.

The Boy At The Back Of The Class by Onjali Q. Rauf

Winner of the 2019 Waterstones Children’s Book Prize and Blue Peter Book Awards, this middle grade novel is about four young boys who befriend the quiet boy at the back of their class – Ahmet, a refugee from Syria. Timely and inspiring, it teaches children the value of empathy, kindness and friendship during a time where they are often singled out because of their differences.

For more books by UK Muslim authors, look out for Ayisha Malik’s This Green And Pleasant Land and Yasmin Rahman’s All The Things We Never Said this summer, as well as The Star Outside My Window by Onjali Q. Rauf and The Light At The Bottom Of The World by London Shah in October.