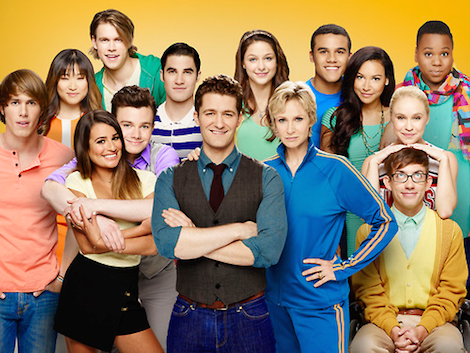 They sing, they dance, they act, they… write? You might not know that many cast members from Fox’s musical teen drama are actually quadruple threats. That’s right. A ton of Glee stars and guest stars have penned their own novels, memoirs, and self help books, so if you’re missing the beautiful disaster that was Glee, I’ve got you covered. Here’s a complete list of books by Glee actors.

Chris Colfer, who portrayed Glee’s beloved Kurt Hummel, is definitely the most prolific writer of the Glee squad. He hasn’t acted much since Glee, instead launching a pretty successful career as an author. His works include The Land of Stories series for children, and more recently a YA novel called Stranger Than Fanfiction. And in case you didn’t know, he actually wrote an episode of Glee! Check out “Old Dog, New Tricks” (season 5, episode 19) to get a taste of his writing talent.

Lea Michele, AKA Rachel Berry, has written two books post-Glee. Her memoir, Brunette Ambition, tells the story of her life-long career in show business, along with memories of her time with Glee, and especially memories of her late boyfriend and costar Cory Monteith. Her follow-up book, You First: Journal Your Way to Your Best Life, is chock full of lifestyle tips and journaling prompts.

If you’re wondering whether Jane Lynch is anything like the morally ambiguous Sue Sylvester, you need look no further than her writings. Her memoir Happy Accidents focuses on her journey to self-acceptance, while her picture book Marlene, Marlene, Queen of Mean, written with A.E. Mikesell and Lara Embry, combats childhood bullying.

The sassy Santana Lopez would no doubt appreciate Naya Rivera’s memoir, Sorry Not Sorry: Dreams, Mistakes, and Growing Up. In true Santana fashion, it’s full of the juiciest gossip. If you’re looking for all the Glee-era dirt, this is the book for you.

Jenna Ushkowitz’s book Choosing Glee: 10 Rules to Finding Inspiration, Happiness, and the Real You (written with Sheryl Berk) delivers on everything we loved from Tina’s storyline in Glee. It’s all about finding yourself and gaining self confidence, illustrated with photos and keepsakes from Ushkowitz’s life.

And that’s just the main cast. Plenty of Glee’s recurring characters and guest stars have written their own books as well. See the complete, star-studded list below.