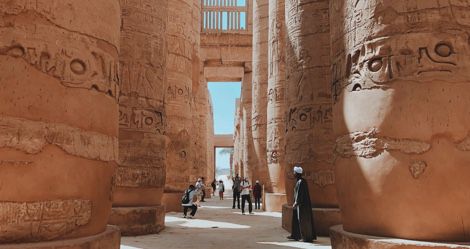 But Egyptian literature has a tremendously rich and varied history: of cookbooks and crime novels, satire and sci fi, dystopias, and dramas. This list of 50 barely begins to poke at the surface. And it doesn’t even talk Egyptian literature for young people!

To start off in the 14th century: 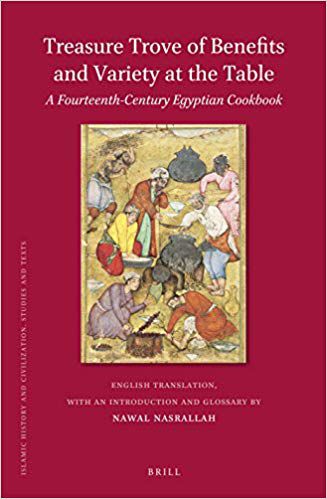 For a long time, most of the cookbooks written in this world were put together by Arabs. This 14th century cookbook is a profoundly rich resource for Egyptian culinary heritage.

You might want to wait for the paperback of this 17th century satire about the Egyptian countryside, which will have an introduction by celebrated contemporary Egyptian author Youssef Rakha.

This excellent collection by pioneering 20th century translator Denys Johnson-Davies brings together many different genres the great al-Hakim (1898–1987) worked in. As I’ve written elsewhere, he was equal parts genius, humorist, misogynist, and grouch.

5) The Call of the Curlew by Taha Hussein, translated by A. B. As-Safi

This wonderful novel by Hussein (1889–1973) is narrated by the charming Amna, who’s from the Upper Egyptian village of Beni Warkan. She’s all at once jealous, bright, greedy, insightful, and human. It’s a novel with significant insights into class and gender in twentieth century Egypt that’s also fun to read. It was made into the popular film (translated as The Nightingale’s Prayer) and is in desperate need of a fresh translation. 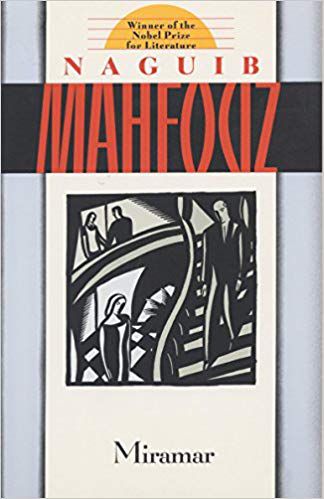 This is the story of Egypt’s anti-colonial revolution, by Egypt’s only Nobel literature laureate (1911–2006). It’s told through the eyes of four very different men staying in an old-fashioned pension in Alexandria, as they circle around a young woman from the countryside who works there.

I would be remiss if I didn’t mention this amazing, sweeping trilogy by Mahfouz (1911–2006). It’s set during the sweeping changes of mid–twentieth century Egypt.

Al-Zayyat (1923–1996) was one of the mid-20th century’s great literary innovators; this is her personal work, where she speaks in an intimate, personal voice.

9) The Open Door by Latifa al-Zayyat, translated by Marilyn Booth

10) The Man Who Lost His Shadow by Fathy Ghanem, translated by Desmond Stewart

An unforgettable portrait of a young social climber told by four different narrators. By the great Fathy Ghanem (1924–1999) 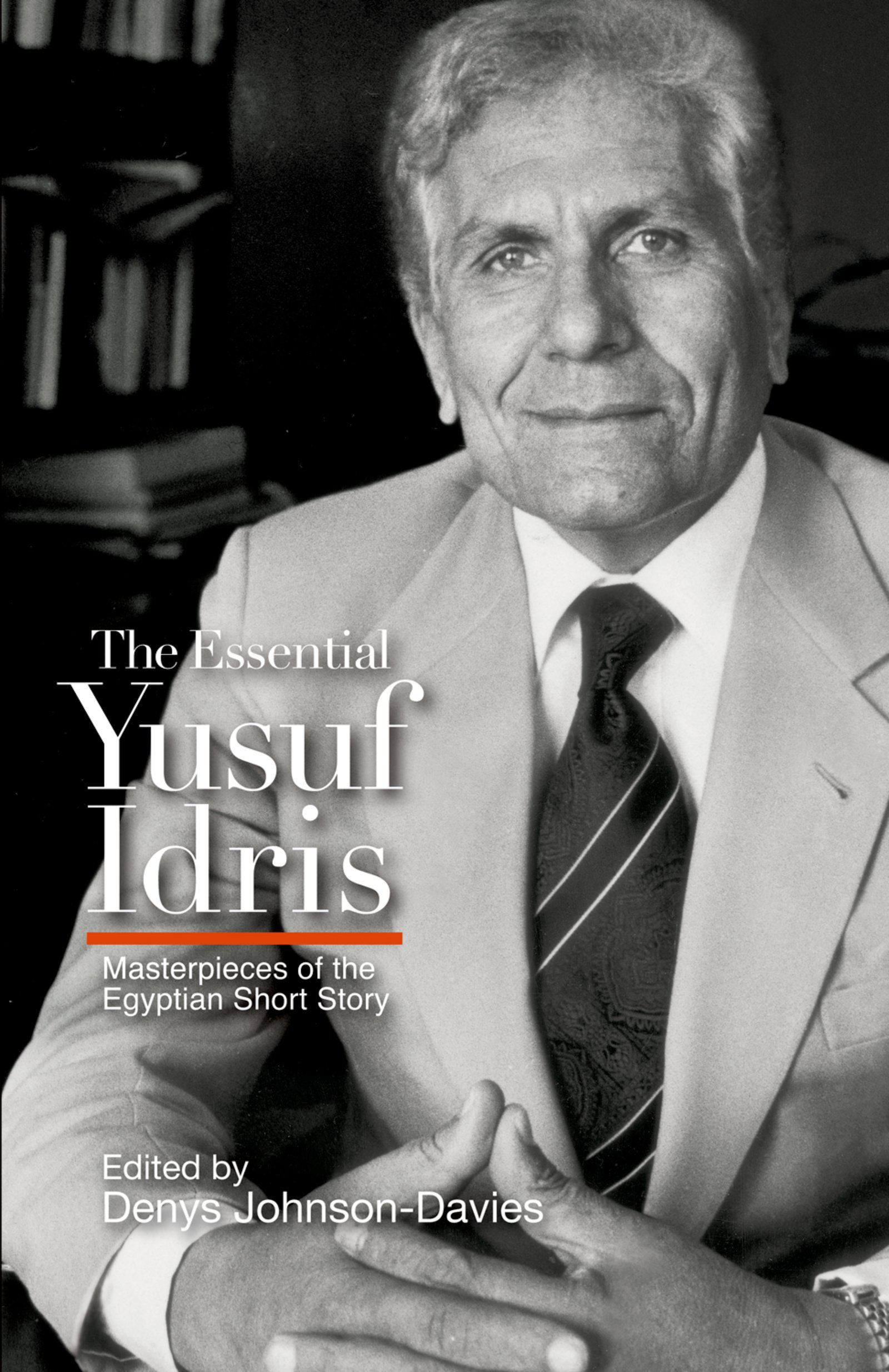 I wish there were a collection of Idris’s (1927–1991) Cheapest Nights that I could point you to, but this is also an excellent collection of work by Egypt’s short story master.

12) Distant View of a Minaret by Alifa Rifaat, translated by Denys Johnson-Davies

Stories by Rifaat (1930–1996) were published in newspapers but not, at least during her lifetime, gathered in a collection in Arabic. Johnson-Davies brought these stories—cited by Chinua Achebe as an influence—together in English translation.

13) War in the Land of Egypt, by Yusuf al-Qa’id, translated by Lorne Kenny

Selected as one of the greatest 105 books of the twentieth century by the Arab Writers Union, this wonderful novel tells the story of Masri (which translates to “Egyptian”), a young Egyptian peasant who is sent into the Egyptian army on the eve of war in place of a rich man’s son.

14) The Granada Trilogy by Radwa Ashour, translated by William Granara

To the great shame of English, only the first book of Ashour’s award-winning Trilogy—also chosen by the Arab Writers Union as one of the “best 105 books” of the twentieth century—has been translated. A sharply observed and enjoyable historical novel set in a changing Granada.

This novella is not Ashour’s most well-known, but it’s my favorite, set in the late nineteenth century on a mythical island off the coast of Yemen. 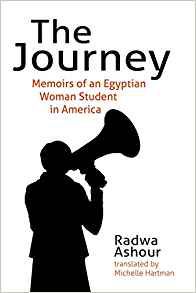 16) The Journey by Radwa Ashour, translated by Michelle Hartman

This must-read memoir is a look back at Ashour’s student days in the U.S. in the 1970s, when she was doing her PhD in African American literature.

This is my favorite novel by Sonallah Ibrahim, as it has not only Ibrahim’s signature wit, collage, and historical-advertorial realism, but also the warmth that comes from seeing through the eyes of this young boy.

18) The Committee by Sonallah Ibrahim, translated by Mary St. Germain and Charlene Constable

An attempt to petition the country’s mysterious ruling body. This funny and dark book is as unfortunately relevant today as when it was published.

19) Beer in the Snooker Club by Waguih Ghali

This book, written in English and originally published in 1963, is a cult classic in English and in the Arabic translation. A hilarious, biting look at Egypt trying (and failing) to reinvent itself in the wake of British colonial rule.

20) Stillborn: Notebooks from the Student Movement by Arwa Saleh, translated by Samah Selim

An absolute must-read of political insight by student activist and author Arwa Saleh, a leader of the student movements in Egypt during the 1970s. She was a seminal figure and thinker, and her suicide appears in fictions such as Radwa Ashour’s 2008 novel Release and Youssef Rakha’s 2014 novel The Crocodiles, which has been translated by Robin Moger. 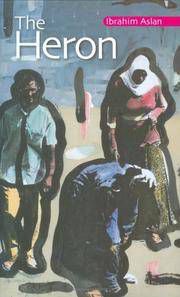 21) The Heron by Ibrahim Aslan, translated by Elliot Colla

This sensitive and novel, set just before the 1977 “bread riots” against IMF austerity programs and privatization, was on the list of the Arab Writers Union’s “best 105 novels” of the twentieth century. The film version, written and directed by Daoud Abdel Sayed, got a “best director” prize at the Biennale des Cinémas Arabes in Paris and the Damascus Film Festival in 1992.

22) Houses Behind the Trees by Mohamed El Bisatie, translated by Denys Johnson-Davies

This novel by “writer’s writer” Mohamed El Bisatie is my favorite from among his works, set in a small Egyptian village and centering around an act of infidelity (and the social and relational consequences).

23) The Golden Chariot by Salwa Bakr, translated by Dinah Manisty.

Stories of magic and realism from an Egyptian women’s prison.

In The Zafarani Files, as in Saramago’s Blindness, mysterious illness spreads. Life is disrupted. People shed their old skins and new selves are revealed. But in Zafarani, it’s not vision that disappears, but the virility of one’s men.

25) The Other Place by Ibrahim Abdel Meguid, translated by Farouk Abdel Wahab Mustafa

Winner of the Naguib Mahfouz Medal, this book tells the story of a middle-class Egyptian from Alexandria who becomes a migrant worker in a Gulf state. 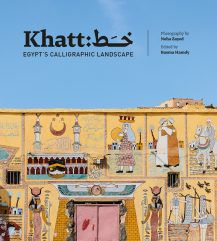 27) The Collar and the Bracelet by Yahya Taher Abdullah, translated by Samah Selim

This is an award-winning translation of Abdullah’s wonderfully idiosyncratic stories. The novella at its heart has a fantastic poetic ability to work with circularities, to repeat and reinvent, echo and undermine. It was also translated to film by Khairy Beshara in 1986.

This novel is an insightful and memorable look at the relationship between Egypt’s citizens and its military told through two narratives, one in Cairo and the other in Samarqand.

29) The Tent by Miral al-Tahawy, translated by Anthony Calderbank.

A rare Egyptian novel, told in al-Tahawy’s poetic style, from a Bedouin perspective. The Tent features a number of  women characters and how they relate to the often-absent patriarch and his strong-willed mother.

30) Tales from Dayrut by Mohammad Mustagab, translated by Humphrey Davies.

Upper Egyptian gothic, always over the top. For a Mustagab taster, read the delightful “The Battle of the Rabbits,” translated by Robin Moger and available free online. 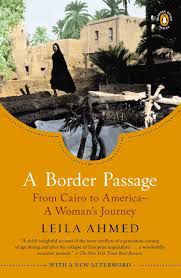 31) A Border Passage: From Cairo to America – A Woman’s Journey by Leila Ahmed

32) The Jokers by Albert Cossery, translated by Anna Moschovakis

Cossery (1913–2008) was a Cairo-born French writer of Lebanese and Syrian descent who had a wicked Egyptian sense of humor. He wrote characters who believed the best form of protest was to ridicule your oppressor.

The only novel in English translation by the prolific genre writer, Utopia is a fast-paced, frightening, near-future look at class issues in Egypt.

34) These Are Not Oranges, My Love by Iman Mersal, translated by Khaled Mattawa

Poems by one of Egypt’s most celebrated ’90s-generation poets.

35) Memories of a Meltdown: An Egyptian between Moscow and Chernobyl by Mohamed Makhzangi, translated by Samah Selim.

In the spring of 1986, celebrated Egyptian short-story writer Mohamed Makhzangi was studying in Kiev. His reflections from the Chernobyl meltdown. 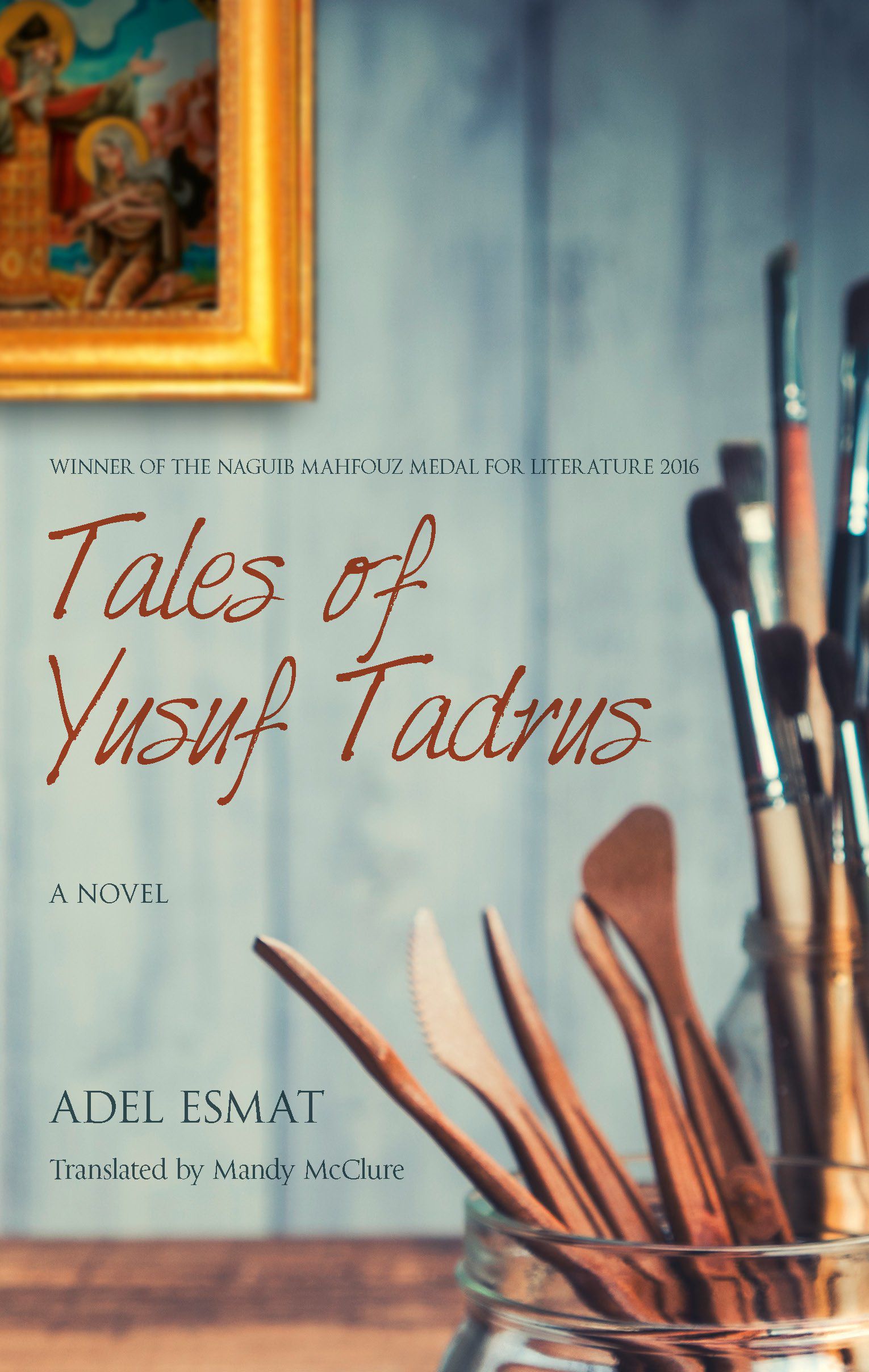 The massively award-winning (Mallarmé, Goncourt, Légion d’honneur) Chedid is shockingly little-translated into English. This is a bilingual French-English edition of her poetry.

38) In the Spider’s Room by Mohammed Abdelnabi, translated by Jonathan Wright

Newly out in English translation, this novel is set around the Queen Boat arrests that targeted Egypt’s gay community.

39) The Law of Inheritance Yasser Abdellatif, translated by Robin Moger

A slender, lyrical look at growing up in Egypt in the 1990s that also flashes back to the events that shaped this time.

Ten plays by Egyptian playwrights set before, during, and after the 2011 uprising. Featuring a wide range of styles from the contemporary Egyptian theatre scene. 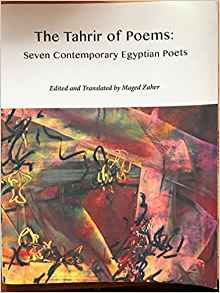 Collected works by the author of Thank You for the Window Office, The Revolution Happened and You Didn’t Call Me, Portrait of the Poet as an Engineer, and more.

43) A Bit of Air by Walid Taher, translated by Anita Husen

Through a look at Egyptian and Egyptian American characters on their way to a birthday party, a look at tangled loyalties and relationships between families, friends, alliances, and nations.

45) The Queue by Basma Abdelaziz, translated by Elisabeth Jaquette

This widely acclaimed fictional debut centers on “the Gate,” which gobbled up power in the aftermath of the “Disgraceful Events,” or a failed uprising. Particularly deft at narrating the lives of women.

46) The Book of the Sultan’s Seal by Youssef Rakha, translated by Paul Starkey

This brilliantly innovated book is shaped like an epistolary medieval Arabic manuscript. It’s made up of nine sections, each of which centers on a drive its protagonist, Mustafa Çorbaci, takes around contemporary Cairo. You can find more from Rakha at his Cosmopolitan Hotel.

47) How to Disappear by Haytham al-Wardani, translated by Jennifer Peterson and Robin Moger

This brilliant short nonfictional work, published as part of the “Kayfa Ta” or “How To” series, examines noise, space, and belonging. From one of Egypt’s most exciting contemporary writers.

48) The Apartment in Bab El-Louk by Donia Maher, illustrated by Ganzeer and Ahmed Nady, translated by Elisabeth Jaquette

This fabulous noir poem of a graphic novel brings you to the alienation and crowding of downtown contemporary Cairo.

49) I Want to Get Married! by Ghada Abdel Aal, translated by Nora Eltahawy

I can already imagine the hate mail for including this funny, satiric blog-to-book, which later became a TV series, instead of more Important Writing About Egypt. This is a look at courting in contemporary Cairo. And who said laughter isn’t a must? 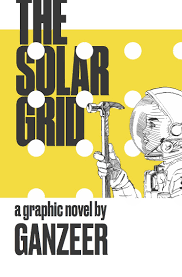 Unfurling at thesolargrid.net, you can read the first four installments of this amazing multi-time-stream sci-fi look at resistance, the environment, and what life is like a thousand years after the flood.