Anyone who tells you books aren’t political is trying to oppress you.

I’m here to show you just how political books are, with authors’ Instagram posts about voting, bookish Twitter memes about voting, a tale from my hometown library, and some links to other Book Riot coverage of the politics of books. 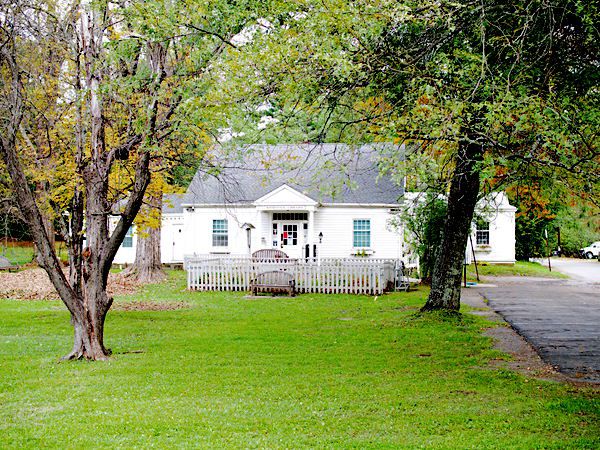 Nova Ren Suma, author of A Room Away From the Wolves, voted.

Mary McCoy, who is the teen librarian at L.A. Public Library and the author of I, Claudia, voted.

One of the poll workers recognized me from the library. We said hi, he thanked me for voting, and when he thought I was out of earshot, he said, “That’s MY librarian. Beautiful woman.” And I thought to myself, You’re goddamn right.

Claire LeGrande, author of Sawkill Girls, voted and then ran a voting booth for the kids at Princeton Library.

so, the youth services department at my library is fantastic and put together a voting booth for kids to use today. . the kids have to be under 18 to vote ❤️. then they register on a clipboard, get a ticket, and drop it one of two boxes—one for getting a giant Jenga game for the department, the other for getting a marble run. after they vote, they receive a sticker. (perk of working today: i also got a sticker, since my polling place this morning didn’t have one. 🙌🏼) . this morning i watched three tiny little kids go through this process with their parents, and it was one of the cutest and most heartening things i’ve seen happen at our library, which is saying a lot, because our library staff is phenomenal. . i just love the various ways people get kids involved and interested in the process of being a citizen. we’ve gotta start ‘em young, folks. . P.S. this is the kind of thing libraries all around the country do on a regular basis. it’s not just about providing books. it’s about creating a community space in which people can learn and providing services that enrich people’s lives. LIBRARIES ARE SO IMPORTANT. if you don’t have a library card, please get one. . P.P.S. the awesome librarian pictured here in the voting booth is Katie, aka @ms_whatsit, who engineered the booth and is a total boss. . #vote #govote #votevotevote #voteblue #votethemout #librariesrock #princetonpubliclibrary #librariesareimportant

Author’s note: this post originally included a picture of Lexi Alexander, director of Punisher: War Zone (Marvel’s first female-helmed movie), which she has removed from Instagram.

Kid lit author Sarah Cannon was canvassing to GOTV up to the last possible minute.

My biological family (me and two of my three kids) has knocked 661 doors since Saturday morning. #GOTV #VoteSaveAmerica

There were lots of bookish movie iterations of this meme highlighting the difference between 2016’s optimism and 2018’s grim determination.

Harry Potter represents all of us.

But Neville Longbottom is the SJW we all wish we could be. (SJW is a good thing, do not @ me.)

Princess Buttercup grew up to be Antiope, this is now canon.

Indiana Jones isn’t based on a book, but look at those bookish glasses.

We narrowly avoided The Handmaid’s Tale by taking back the House.

Dogs are always relevant (and Reitman is a magazine publisher).

Libraries Are Political and Politicized

And in close-to-home news, the library in my hometown of Woodstock, New York, won a resounding victory at the polls. The Woodstock Library building is old, in disrepair, and far too small. It is not ADA compliant, there is no meeting space, and—tiny detail—there isn’t enough room for books. It is currently operating in about 1/3 the amount of space experts recommend based on patronage, etc. The library board has been working tirelessly to come up with a plan that is acceptable and workable, and after consulting with many experts have determined that the building needs to be torn down and replaced.

Well, Woodstock is a reactionary town and they don’t like change. (Remind me to tell you about the fit some folks pitched when the elementary school tore down the 25-year-old splinter-filled playground that many of us helped to build.) So a group of local activists got a referendum on the ballot calling for the disillusion of the library; specifically, “Shall the Woodstock Public Library District be dissolved and terminated?”

They claimed that this was the only way to save the library, when it would in fact remove the library from the Mid-Hudson Library System, leaving the library in uncharted territory. It might put the onus on the town to take over—something the town had not said they would do—or force some other entirely new solution; no one really seemed to know or have a plan. It would also have removed funding. Their disingenuous claim that it was a plan to save the building really chaps my ass.

Luckily, library workers and friends were able to get the word out that a no vote was a yes on the library, and the measure was defeated in a landslide.

You can read more about the library’s plans, and check out three architects’ visions. (I think options 2 and 3 are particularly in keeping with the feel of the existing building, which I love.)

(Disclosure: my mom works at the library!)

50 Must-Read Books for Fans of The West Wing

#ShoutYourAbortion and 9 Other Nonfiction Books About Abortion

YA Books About School Shootings

I Can’t Handle This Reality, So I’m Reading Science Fiction

Y’all? This is just a selection of only two months’ of Book Riot posts. Reading is political.